In this file photo from July 5, 2016, cans and plastic bottles brought in for recycling are seen at a recycling center in Sacramento. (AP Photo/Rich Pedroncelli)

LONG BEACH, Calif. — When it comes to plastic, most of us have a love-hate relationship. We love the convenience, but we hate the havoc it wreaks on our environment.

Most plastics are labeled with symbols that say they’re recyclable, but the reality is that almost none of it actually is. According to the U.S. Environmental Protection Agency, just nine percent of plastics are recycled.

So today, Long Beach is addressing that reality with a dramatic change to its curbside recycling program. Plastic food wrapping, children’s toys, and teething rings can no longer be tossed in the city’s purple bins. Neither can plastic bags, produce bags, squeezable bottles, takeout food containers, egg cartons, foam packaging, milk cartons, and any other plastic labeled with the recycling numbers 3, 4, 6, or 7.

“A lot of things that were traditionally recyclable are no longer recyclable,” said Diko Melkonian, bureau manager and deputy director for public works with the city of Long Beach. “There’s no market for them since we’ve always relied on other countries to reuse them in some format.”

Like every other municipal recycling system in the U.S., Long Beach has been negatively affected by the so-called National Sword policy China enacted in January 2018, which banned the import of almost all plastics and other recyclable materials from foreign countries.

“We decided strategically here to wait it out for a while and see how the markets respond. We got to a point where we felt we didn’t foresee any change in the near future, so it was time to do some education with our public,” Melkonian said. 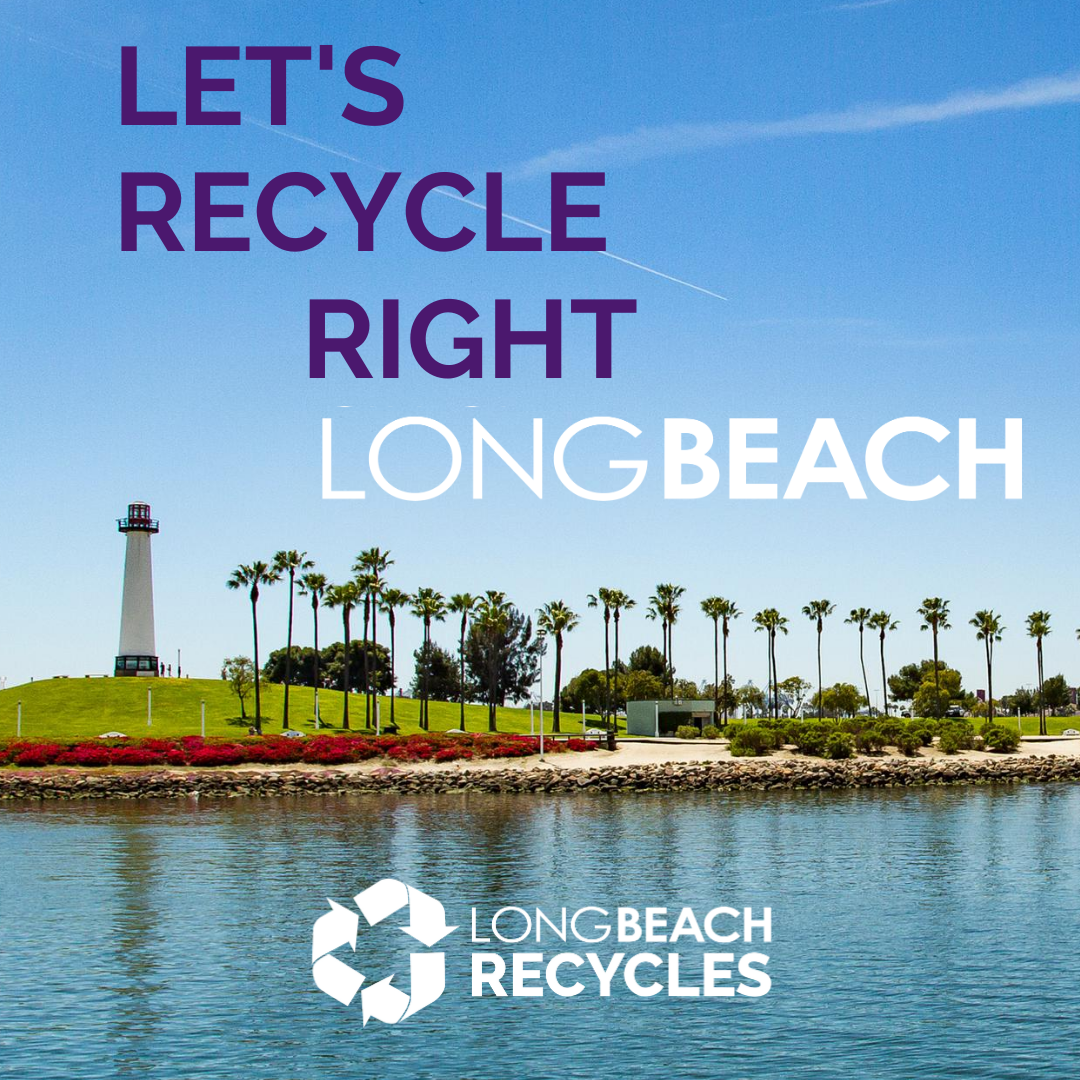 Long Beach plans to employ the two electronic billboards it owns and its refuse trucks to encourage its residents to “recycle right.” In addition to holding virtual workshops and sending mailers, it will push messaging on its various social media accounts, as well as a new Instagram page with the sole focus of promoting the city’s recycling program updates.

The changes to the curbside recycling program in Long Beach are an anomaly. Most cities are continuing to recycle as usual, including Los Angeles, despite having the same issues of accepting plastics 3, 4, 6, and 7 in its recycling bins even though they no longer have a market and are, for the most part, being landfilled.

“I’m of the perspective that we want to minimize the burden that we place on the residents to figure out what is and what is not recyclable,” said Enrique Zaldivar, general manager of L.A. Sanitation and Environment. “The moment it becomes too complicated to follow, then we lose our customers.”

About 72 percent of American households that have curbside recycling participate in the program, according to the 2020 State of Curbside Recycling Report from the nonprofit, the Recycling Partnership.

Los Angeles started its curbside recycling program in 1990 and, like most U.S. cities, it relied on China and other Asian countries to take its recyclables. Now that China has stopped, L.A. Sanitation and Environment is working to help cultivate what is, at this point, an almost non-existent recycling market in North America.

Zaldivar said he is working with other recycling agencies to leverage the goods movement that is already happening between the U.S., Canada, and Mexico to develop local markets for recycling. Those will, however, take some time to get going.

But when they do, Long Beach could tweak its recycling program to accept additional items.

“We will continue to keep an eye on markets, and as markets develop, we may reintroduce those commodities if that becomes possible,” Melkonian said. “We’re just dealing with what’s available to us now. “

CORRECTION: An earlier version of this article incorrectly stated that laundry jugs are no longer recyclable and that Long Beach had already started to educate its residents through electronic billboard and refuse truck messaging. The errors have been corrected. (August 31, 2020)