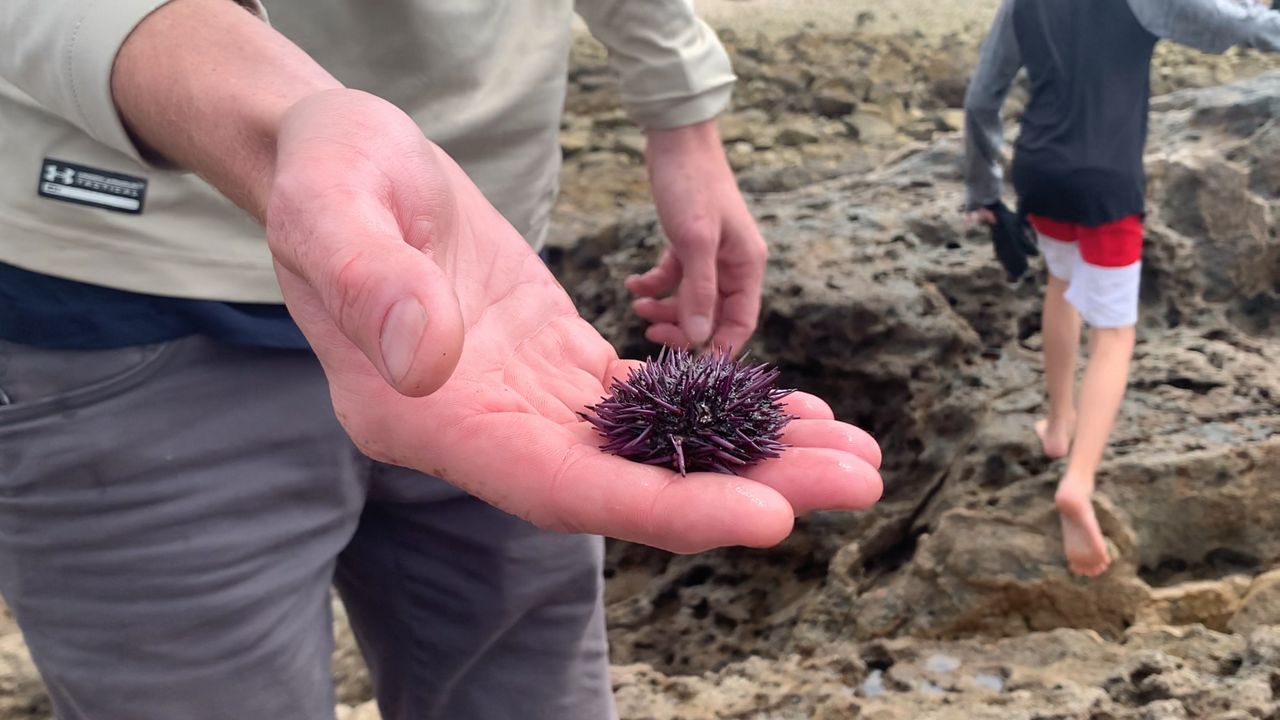 SAN PEDRO, Calif. — For 6-year-old Inga Willert there’s no place quite like the tide pools at White Point Beach in San Pedro to ignite her sense of wonder.


Willert, her parents, and three siblings travelled all the way from Arizona to enjoy some California coast time. Her father, Kent Willert, loves teaching his children about nature and science.

He also teaches them to touch, but not take. When they pick up the sea urchins, snails, and crabs, they are careful to put them back where they found them.

Not all visitors at White Point Tide Pool are leaving the creatures where they found them.

Linda Chilton is the University of Southern California’s Sea Grant Education Programs Manager. She said since the pandemic started, she’s seen a spike in people collecting bucket loads of the edible sea creatures from the area.

“I’ve never seen so many people coming on a regular basis to collect, fill buckets with organisms and to strive so hard to remove what they can from the tide pools,” said Chilton.

Thousands of people have signed a change.org petition demanding that the San Pedro tide pools be declared a no-take marine preserve area. It would make it illegal to remove any sea life.

Chilton said she understands that many people are struggling to find ways to feed their families during the pandemic. She said a limited amount of fishing and harvesting is ok for people that have a license, if it’s done within guidelines.

“You can take 35 sea urchins a day with a license. You can take 35 of many different organisms unless there’s other guidelines. For example, you can take ten pounds of mussels,” said Chilton.

For those that take in excess of the guidelines, the game wardens can give them citations and confiscate their take.

Chilton said the most important thing is education because if people understood the ecology, they wouldn’t want to destroy it.

“If there are no urchins, then there’s no food for the animals that depend on the urchins. Same with the snails. These animals can live for decades and a lot of people don’t realize that,” said Chilton.

Chilton said if people don’t stop over-harvesting, the tide pools won’t survive and other children won’t get opportunities like the Willerts to connect with the animals they love so much.

“They’re so cute. You can hold them,” said Willert as she showed off a snail on her arm.

She wants future generations of children to be able to make memories at the tide pools, and to be inspired by nature.