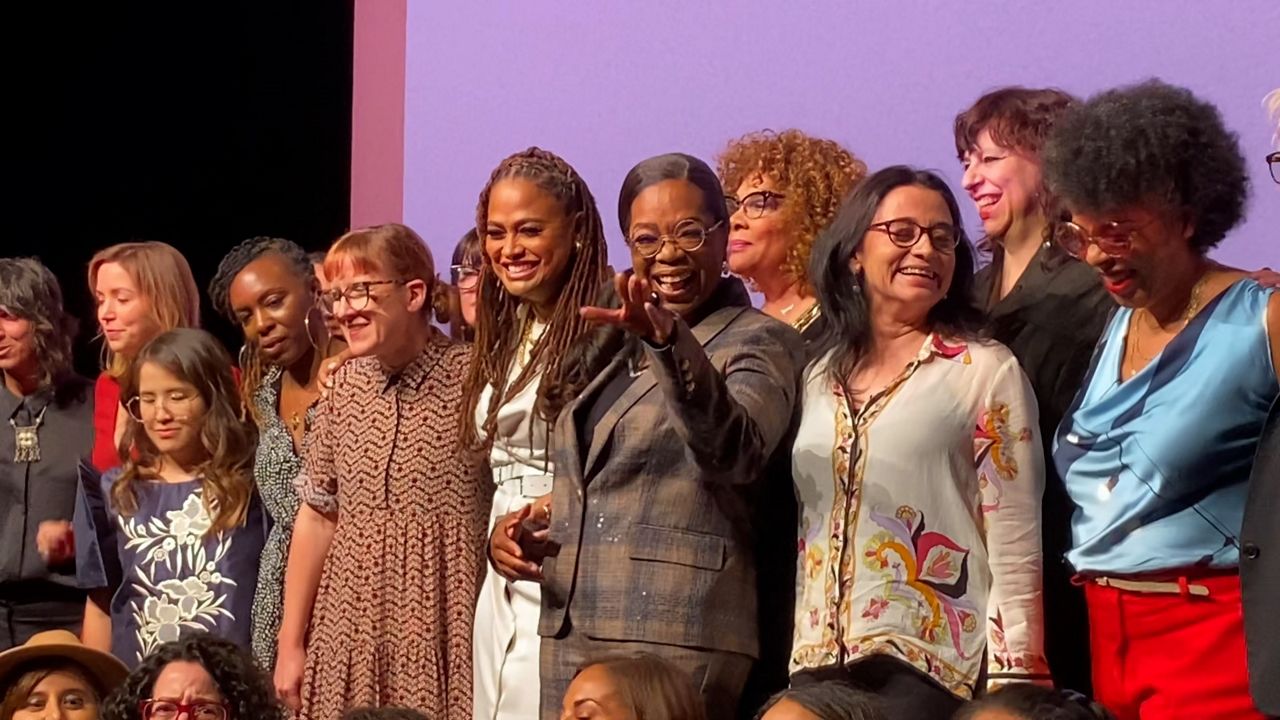 According to the latest Census data, Black women are paid 58 cents for every dollar paid to a white man. It’s a gap in wages, but also an opportunity that trailblazing show creator and producer Ava DuVernay is determined to change.

Over seven seasons, DuVernay’s show “Queen Sugar,” airing on The Oprah Winfrey Network, employed 42 female directors, 39 of which were directing scripted TV for the first time.

The doors of opportunity weren’t always open for Shaz Bennett, who had directed short films, plays and even a feature film, but she could not land a job directing an episode of television until “Queen Sugar.”

It was a game of Catch 22 she had been playing for a long time.

Bennett said to work in episodic television, one has to have experience, but how does one get experience without the job?

As she walked through photographs from behind the scenes of “Queen Sugar,” Bennett said that made this experience so incredible.

Out of the 42 women directors DuVernay hired, most had never been given the opportunity to direct scripted TV before, despite years of filmmaking experience.

“That’s the hardest thing about being a woman in TV; is having to prove yourself over and over,” Bennett said.

But it was different on this set. Bennett also points to many crew members who started in entry-level positions on the show and quickly worked their way up.

“Cierra was a production assistant and then she’s in here somewhere as a director,” Bennett showed.

“Hey, we outside!” said Cierra Glaude from across the room.

They call her shooter. Glaude calls it her rags to riches moment and anyone in the industry can attest to how rare this is.

“Like Paul Garnes said one time,” Cierra said as she hugged the executive producer. “He said he doesn’t know if he’s ever seen someone go from PA to director on a show.”

“I haven’t, I know I haven’t,” Garnes answered.

Glaude’s 31st birthday falls one day after Black Women’s Equal Pay Day on Sept. 21 marking how long Black women needed to work into this year, in addition to last year, to make what white men in the same position were paid in 2021 alone.

It’s a growing wage gap that proves Black women continue to be disproportionately overlooked and undermined.

But it’s a tide that DuVernay is turning with the one “yes” that has set a new standard for the rest of these director’s careers.

“I always thought when we get to the end whenever that will be, wouldn’t it be amazing to bring all the women back?” she said through tears to the crowd.

DuVernay said she hopes one day the headlining news can be about their craft and not the fact that everyone on stage is a woman, but until then, she expressed a deep gratitude to media mogul Oprah Winfrey who gave her the “yes” to make this happen.

“What if we have all women directors?” Oprah remembered of their conversation several years ago. “And I said, can we do that? And [Ava] said you can!”

That they did, launching what Bennett and the directors now call “The Ava Effect.” A rippling impact changing the landscape of this industry.

The seventh and final season of the show “Queen Sugar” is now airing on OWN. When DuVernay first started this venture back in 2014, statistics then showed only 7% of Hollywood’s top 250 films were directed by women.