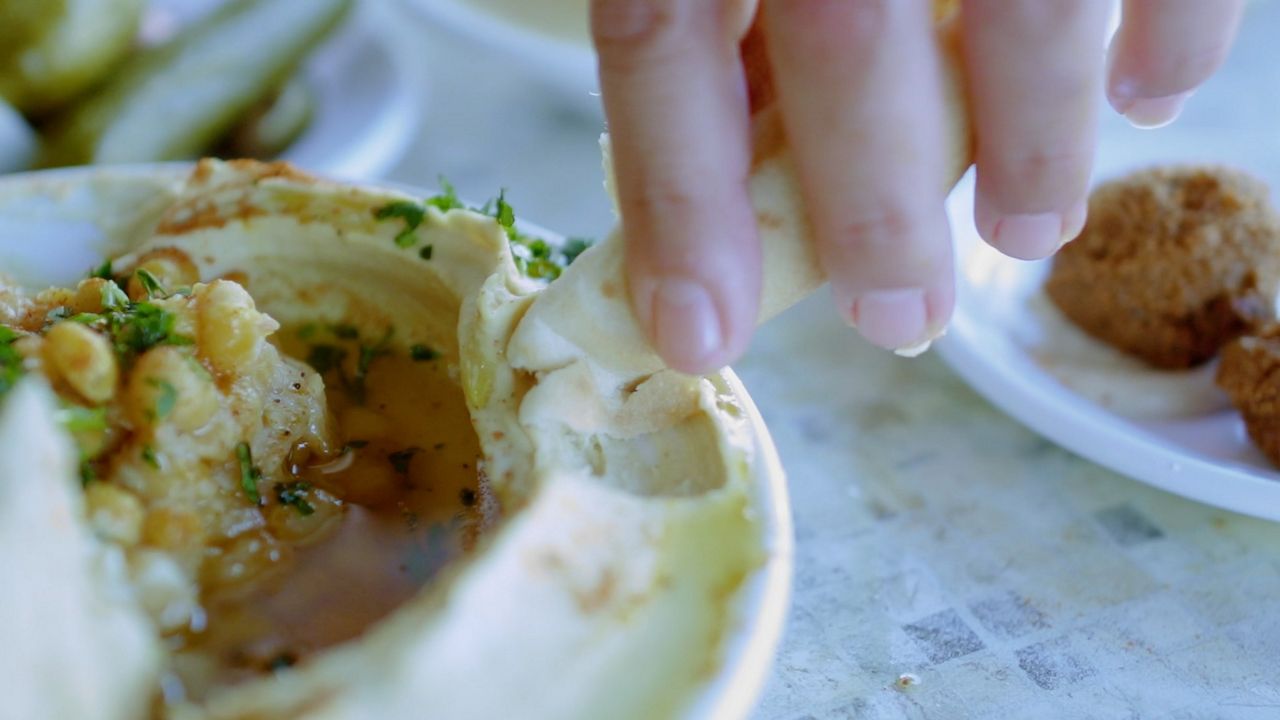 LOS ANGELES — Usually, traffic in LA is the bane of our existence, but for local filmmaker Beth Hawk, being stuck in traffic one day gave her a stroke of inspiration when she heard an Arab chef on the radio.

“I was sitting in traffic, as we all do in LA, and on the radio came Dr. Nof Atamna-Ismaeel,” Hawk said. “She was talking about her mission of bringing Jews and Arabs together through food.”

Hawk contacted Dr. Atamna-Ismaeel over Facebook that same night, and by the time the conversation was over, Hawk had decided she needed to make a documentary film about her.

Dr. Atamna-Ismaeel, who is a microbiologist, was the first Arab to win Israel’s “MasterChef” and subsequently created the first food festival in Israel, called A-Sham.

Jewish and Arab chefs were paired to collaborate on dishes, breaking down cultural and political borders through food. Two years later, that fortuitous moment turned into the documentary film, called “Breaking Bread.”

As an Angeleno who is Jewish and speaks Hebrew, Hawk felt called to make the film because she wanted good news to share from the Middle East.

“For me, what made me want to do it is, it allows us to focus on our commonality, instead of our divide,” she said.

Hawk would go to the Middle Eastern restaurant Sunin, in Westwood, for inspiration while making the film.

One food the film goes in depth with is hummus. A dish Hawk said is highly symbolic and serves as the narrative and figurative thread in the film.

The tagline for “Breaking Bread,” is “hummus has no borders.”

“For me, it was very important to do something with food that also makes a social change,” Dr. Atamna-Ismaeel said.

In the trailer for the film, she explains how hummus became the dish through which the film examines the relationships between people.

“When I was in the States, we were watching a football game. On the table was the nachos, the cheese dip, the salsa, and then there was a bowl of hummus dip. Actually, it is an inspiration. It has no borders, political or geographic borders. They mean nothing to hummus,” she said.

In fact, the point of “Breaking Bread” is that food can bring people together.

While the film takes place at a food festival in a country very far away, it all started during an average afternoon in LA traffic.

“Breaking Bread” is now playing in theaters across LA.