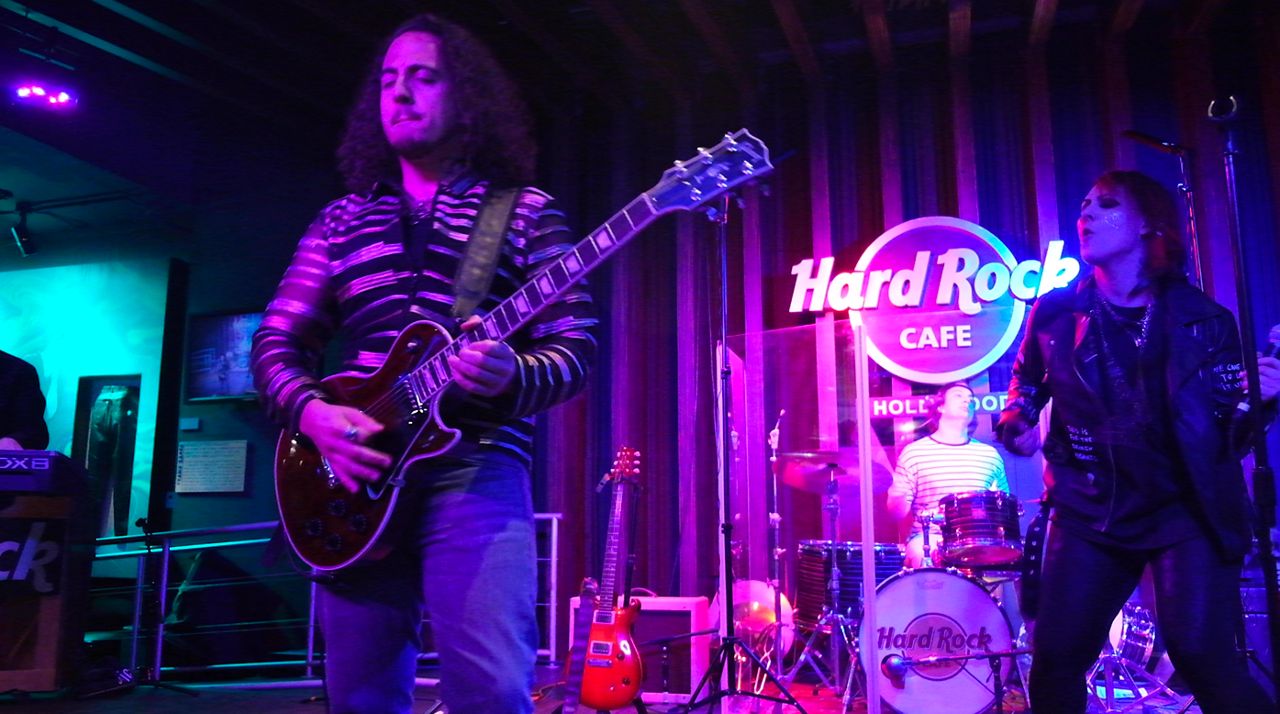 LOS ANGELES — Getting signed to a record label can be difficult in an industry now heavily dominated by “like” counts and algorithms, but one group is hoping to change some of that.


Enter The Rock Collective, a live performance networking initiative dreamed up by David Swanson and his team to help emerging bands get that all-important stage time to connect with and build a fanbase.

Swanson’s son Will helms the band Hvnted and has seen how difficult it has been for Hvnted to book live performance opportunities, which are essential for getting signed by a label.

“Recently, even at a Troubadour show, they were told that they just didn’t have the numbers to get signed yet, and if they did get signed, they probably wouldn’t get a great deal,” David Swanson said.

The Rock Collective is a simple idea: Partner with a venue like the Hard Rock Cafe to host events where a handful of bands can perform, network, share fans and ideas.

Swanson pointed to the LED billboard outside on a busy Hollywood Boulevard flashing The Rock Collective launch event’s band names.

“It’s the small victories that mean everything for these guys,” Swanson explained. “They put everything into their music, and stuff like that is just absolutely amazing.”

“They need to have their social numbers and how are they going to have their numbers up because nobody knows who they are,” Pyle explained. “And then they’re trying to play gigs at venues that want them to pay to play.”

With no ‘pay to play’ here, the band’s benefit from each bringing in their respective fans, creating a collective pool of fans that can see many acts in a single night, and by being in multiple cities, a sort of rock exchange program can also help grow audiences.

“We can start swapping bands and help these guys build their fan base and help them be more attractive to a wider audience,” Pyle said.

Besides Hvnted, also performing at the launch were the bands Chasing Desolation, The Pride and KingQueen.

KingQueen lead singer Sabrina said there is nothing like making that connection through live performance if you want to grow an audience.

“I really love the vibration of humans,” Sabrina said. “So, just being on stage, being with these guys, and having the audience — I really don’t care if it’s one person or if it’s 100 — it’s just like, Heck yeah, let’s go! We’re not home anymore!”

It’s difficult to stand out in the endless sea of streaming music, but the energy of a live performance can make all the difference for a band trying to connect with an audience.

For David Swanson, who is a clinical psychologist by trade, helping bands like his son’s is all about being proactive and empowering.

“It’s therapy for my son,” Swanson said. “So, when I see that in all the bands, I feel incredibly blessed to be able to do something that puts them in a position to succeed.”