EL SEGUNDO, Calif. — With the COVID-19 pandemic ongoing, it remains tough for certain annual events to return completely to their traditional, in-person ways.

The American Film Institute, however, has effectively adapted to the times and now offers a special, user-friendly format for its yearly celebration in Hollywood: AFI FEST.


Now in its 35th year, AFI's film festival is a world-class event showcasing the best movies from across the globe. With an innovative slate of programming, the five-day festival historically presents screenings, panels and conversations, featuring both master filmmakers and new cinematic voices. This year’s unique edition takes place Wednesday through Sunday at the TCL Chinese Theatre in Los Angeles.

"We’re hybrid, so we’re doing the virtual elements, and we’re doing in-person," said Carly Rose Moser, AFI FEST's director of production and operations. "The big elephant in the room is COVID. Obviously, it’s changed a lot of things, so now we’re having to think about testing and vaccines and having systems for proof of vaccine at entryways and things like that, so that’s a major shift."

As Moser will tell you, the AFI FEST team is in a unique position of having gone from an almost completely virtual format last year to now getting back into the swing of things for in-person offerings.

"It is kind of like riding a bicycle, where you get back on it and you're like, 'Oh yeah, I know how to do this,'" said Moser.

In addition to the continued presence of the coronavirus, which has also complicated international travel for some of the films' directors, another challenge this year was the recent retirement of AFI FEST's longtime festival director, Michael Lumpkin. In effect, Moser and Sarah Harris, director of programming, have taken the reins while the nonprofit finds a permanent replacement. They both noted that producing the festival is a "year-round endeavor."

"We’ve just been really trying to make him proud, make our audience proud, the fans of the festival and the community that wants to be back together," said Harris. "It’s not the same festival that it was in 2019. It’s all still evolving. We’re still in it [the pandemic], and we need to be mindful of that. It’s like, we’re still learning. We’re still kind of figuring it out." 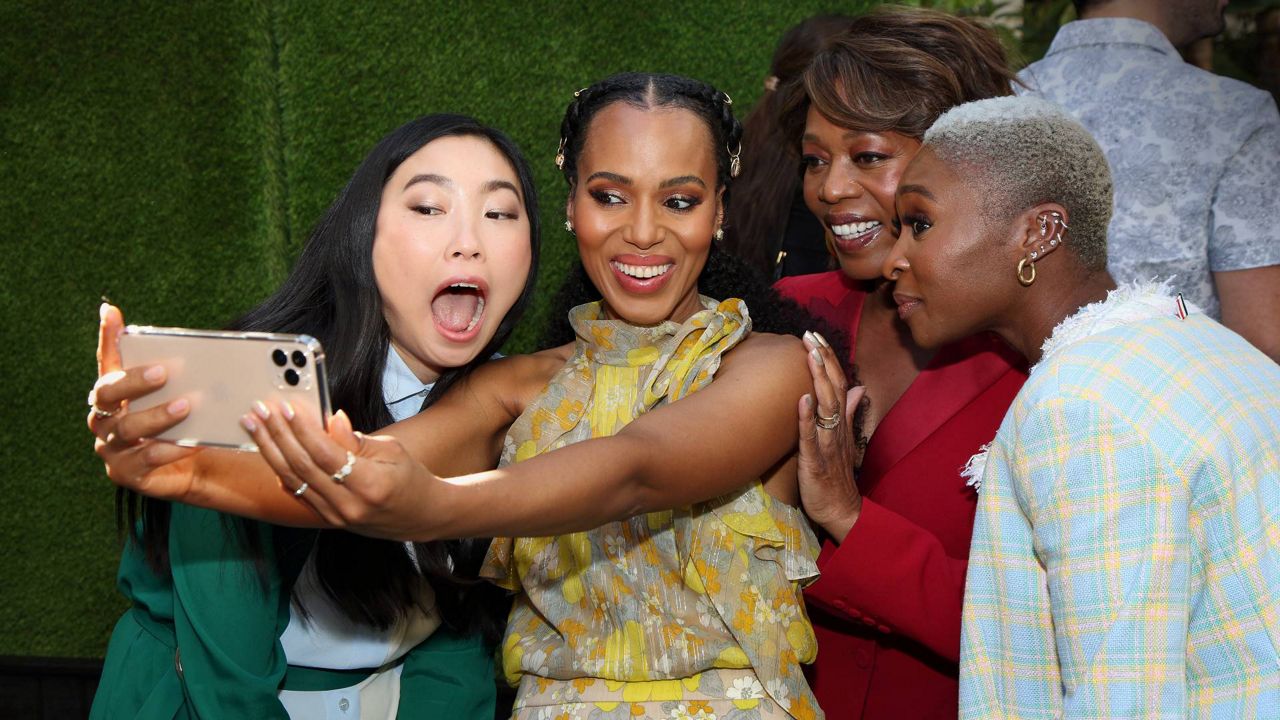 At the same time, by providing an at-home viewing experience last year for moviegoers, AFI FEST was able to embrace a new share of perks.

"The virtual world really did open up some new windows and pathways for us that are innovative and really opened up opportunities, so I think that’s why we’re doing a hybrid right now because it kind of is a nice balance between the two," said Moser. "Because we still believe movies should be shown on the big screen, but also, we want to be accessible."

The complete AFI FEST program includes 118 titles. Breaking down that total, there are 52 features, one episodic, 49 short films and 17 Conservatory Showcase shorts — of which 51% are directed by women, 39% by BIPOC filmmakers and 13% by LGBTQ+ filmmakers.

One other offering this year is particularly anticipated because its storyline virtually mirrors AFI FEST's recent efforts to bring the event back to life in Hollywood. "One Second" by master Chinese filmmaker Zhang Yimou celebrates "the transformative power of film" as it follows an escaped prisoner trying to find old footage of his daughter with the help of a village projectionist.

Harris noted that the film feels like a "homecoming" for her team.

"It’s really a moment of just what I think represents the festival in a way of people coming together to make a film screening happen," she said.

Zhang Yimou's #OneSecond is an enchanting and epic fable about the transformative power of film – an opportunity to rejoice as we return to our beloved theaters.

"I think with how emotional everything has been and how people are coming back to a social life that they have missed, I think [it] is just a really great experience to be able to have all these movie fans," said Harris. "I think people will be excited to be back, and then that’ll speak to the next year and what we can do."