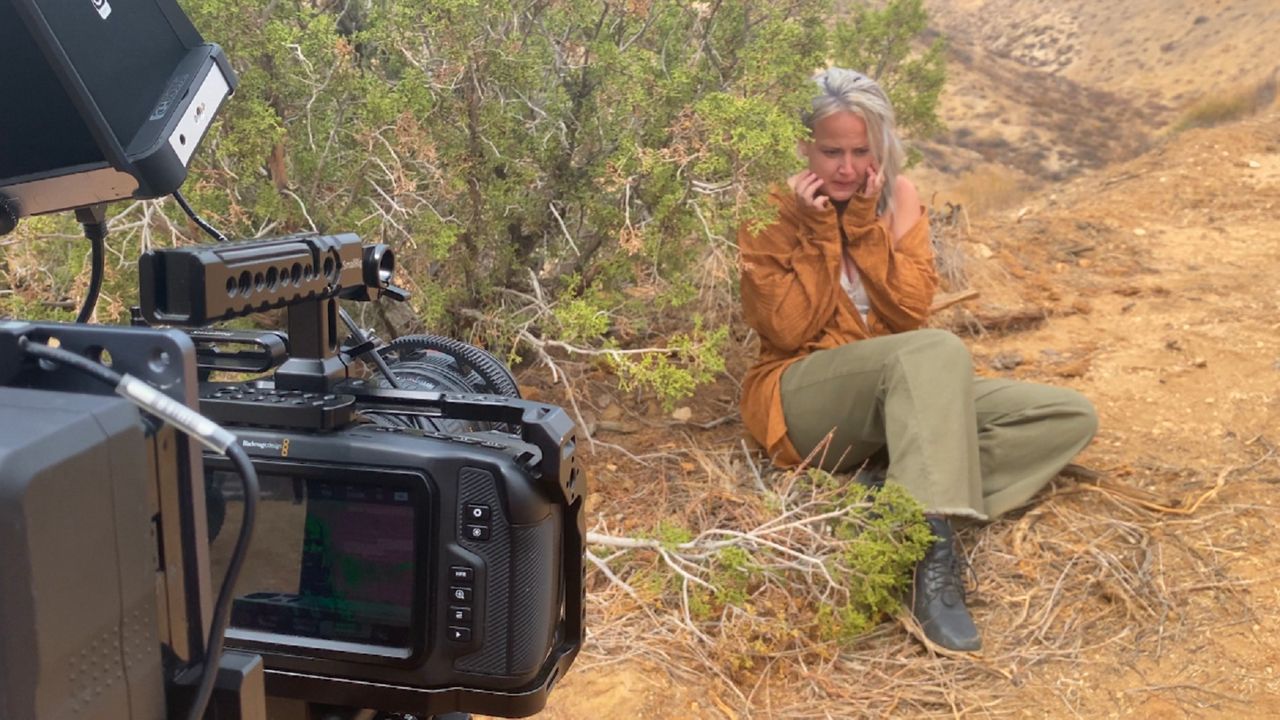 ACTON, Calif. — It’s the first time that actress Zoey Luna is getting a chance at directing.

The project is a music video titled “You Will Be Found.”

“Some of us can take our path and be able to find people along the way, others of us need to be found," said Luna.

The trans actress is one of about 50 folks managed by Transgender Talent, one of the only management companies representing transgender performers. The agency's founder, Ann Thomas who says the industry is mixed on this community.

“For television, they’re really happy to have trans folks in their shows we’re getting a lot of folks in that. In film, it’s not so warm of a welcome right now," said Thomas.

Thomas identifies as non-binary trans and knows the importance her company serves as support to trans actors.

Her management spans more than acting roles —it ensures talent are understood and treated with respect. She started a consultancy division to teach the industry about the trans community.

“If they are really concerned about the writing, the directing, the relation to the talent that they have, the way the other actors relate to them, we can do any kind of education that they need," said Thomas.

While the entertainment industry has a long way to go when it comes to transgender representation, history was made when trans actress MJ Rodriguez was nominated for an Emmy in a major acting category for her role in "Pose."

While Rodriguez’s television nomination is a milestone for TV, film is another story. Over the past four years, there were zero trans characters counted in major studio movies released.

Thomas says this is why her company is a major resource, not only for who’s on-camera, but the kind of stories that are told.

“The transgender community is a complete cross-section of every part of society, so we aren’t just a bunch of poor sex workers — which is the stereotype that we are constantly having to battle — we’re not that way, we’re so dramatically different," said Thomas.

For Luna, while she’s happy for Rodriguez’s nomination, she feels it’s long overdue.

“I think it’s about time that a trans woman is finally being offered opportunities to be recognized by the Academy," said Luna.

While the community celebrates the Emmy nomination achievement, Transgender Talent is motivated to change the trans narrative in Hollywood.