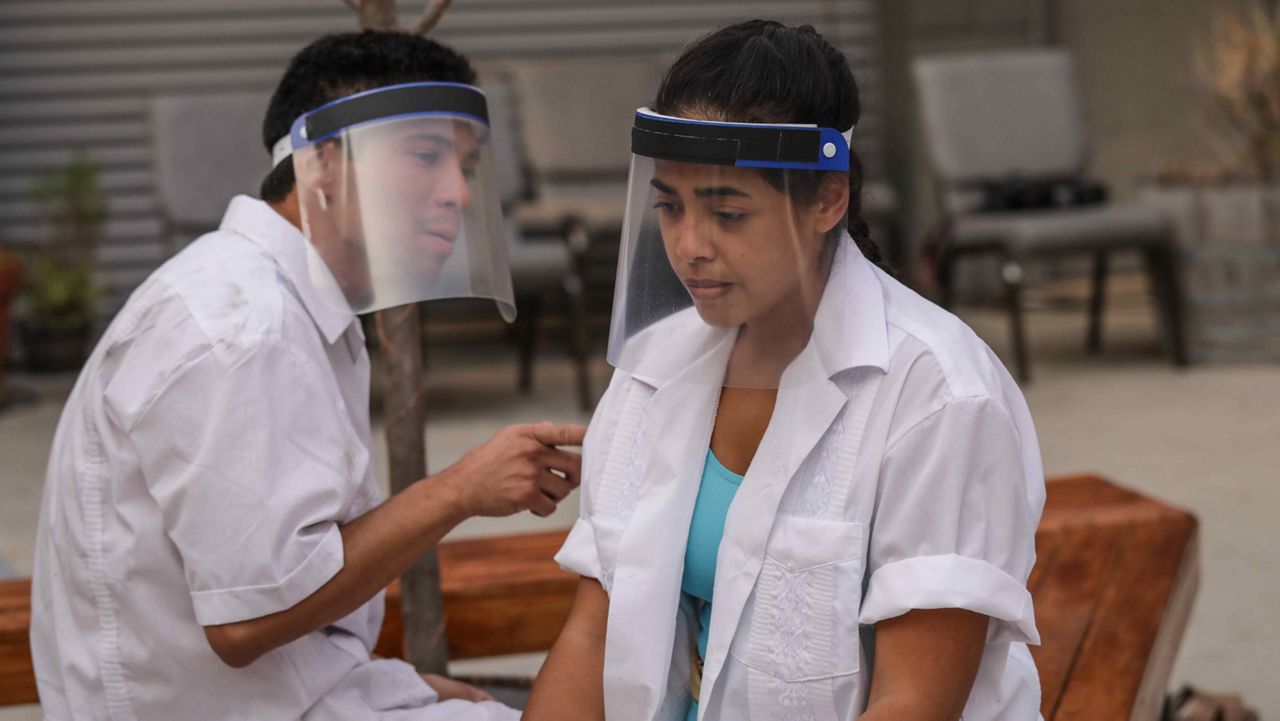 LOS ANGELES — “Ni de aquí, ni de alla. You're not from here or there."

This line, delivered toward the end of "Waiting," allows the audience to step directly into the character's worn and painful sandals to empathize with his lack of belonging.

It's a feeling Dr. Daphnie Sicre understands all too well. Her mother is from Peru and her father is from Spain, but she never felt like she fit in in either place. Then, she moved to the United States.

"We try to make our own homes for ourselves, and it's hard because something always seems to happen to remind you why you don't belong here," the director said.

Theater is her way of countering that, of making herself and anyone who feels like an outsider feel more at home. Sicre has curated her career with an eye on social justice, carefully choosing each piece and project. In 2019, she moved to the West Coast to take a position at Loyola Marymount University, where she teaches directing and, more importantly, theater for social change.

Inspired by Beckett's classic absurdist play "Waiting for Godot," "Waiting" takes a look at issues of identity, immigration and the absurdity of discrimination. It's the first play written by author, poet and government lawyer Daniel A. Olivas.

"It's been mind-blowing," he told Sicre one evening before a technical rehearsal in the Atwater Village Theatre courtyard. "After living in Zoom for so many months, having actors performing my words in front of me has been amazing."

He originally wrote the piece as a full-length production called "Waiting for Godínez." This "pandemic-friendly" world premiere at Playwrights' Arena is shortened to 80 minutes to avoid mingling at intermission. It's also performed outside with actors wearing face shields and referencing masks.

"We have failed to reach herd immunity," the character of Piso, played by Amir Levi, bemoans in a line added for this version, "so we all must mask again."

He shares the stage with Boyle Heights native Raul Vega Martinez. Each night his character, Jesús (who is also called Chuy), falls asleep, is taken by immigration officers and thrown in a cage.

"The best way sometimes to explain this to people is through the art," he added.

Last year, following the killing of George Floyd, many theaters put out statements pledging to increase diversity on stage and off. While the doors were closed, social justice issues took center stage. But now that theaters are reopening and announcing their seasons, has Sicre been seeing those initial pledges play out?

Her answer comes in a long, loaded series of exhales.

Some theaters, she said, like Playwrights' Arena, have always done this. Others, in her opinion, are making progress. But still, others haven't put any concrete measures in place, and she said it's not going unnoticed.

And that, she said, is part of social justice, too.

Sicre also stressed that the work couldn't just be on stage. Theater companies need to be safe spaces where people of all backgrounds, genders and orientations feel comfortable creating and expressing themselves. That takes action, work and commitment. Waiting for things to change finally is not an option.