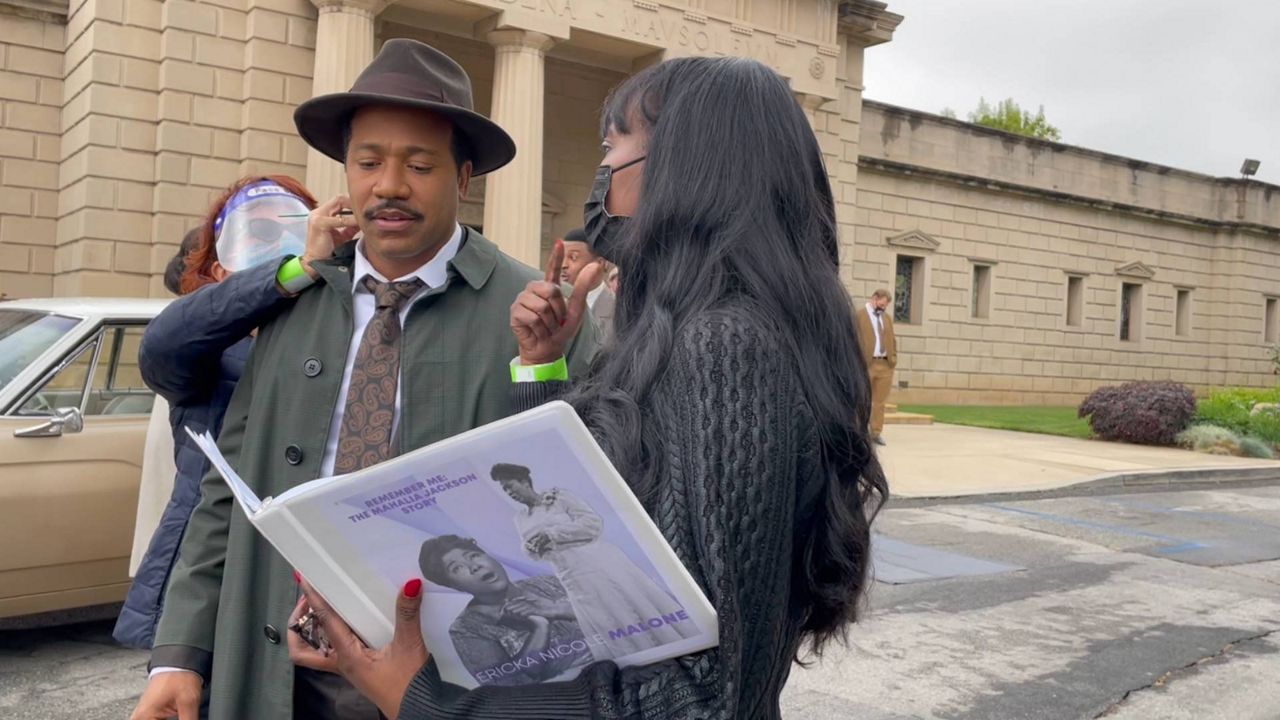 LOS ANGELES — She was the voice of a generation, a voice that shaped the civil rights movement.

Mahalia Jackson, known as the "Queen of Gospel," is being remembered through an upcoming feature film by writer and producer Ericka Nicole Malone.

As Malone toured a historic bus featured in her film that once housed protesters during the civil rights movement, Malone explained how Jackson — the woman that encouraged Martin Luther King Jr. to share his “I have a dream” speech — deserves the spotlight.

"She was a woman who didn’t give up," said Malone. "She was a woman who understood her power. I think a lot of times, what’s scary for all of us is when we know there is something big for us to do, and it’s so overwhelming, and you can’t believe it’s actually you, that you minimize the responsibility. You minimize the lesson or the work that God has for you to do, and she understood what she had to do."

Played by Grammy-winning singer Ledisi, the feature film entitled “Remember Me” is slated to be released this fall. Malone noted that the film's release is critical to help continue to empower Black female voices.

"I stand on the backs of these women," she said. "And it’s important for me to not just talk about their stories, but to reinvent them, to remember them, to make sure other people remember them."


The ever-important role of Martin Luther King Jr., who was a near and dear friend of Jackson, is being played by actor Columbus Short. On set, he is transformed from head to toe.

"It’s a responsibility because Martin is not just some guy, right," said Short. "He is the reason why I have the right, we have the right, to do a lot of things. He broke down barriers not only for African Americans, but for women’s rights, and a lot of movements that happened after it."

Ultimately, Malone hopes the film will shed light on the voices of women who were often overshadowed and encourage other women to speak up.

"I’ve had so many young girls reach out to me and say they’re inspired, and it's mainly because I just jump and I don’t think about, 'Oh wait, I’m not this person. I’m not that person,'" Malone said. "I think I’m God’s daughter. So my faith has been a pivotal part. I believe that God’s with me. I don’t live in fear. I walk in it."

Malone added that she will continue to walk boldly in her creative journey of justice.