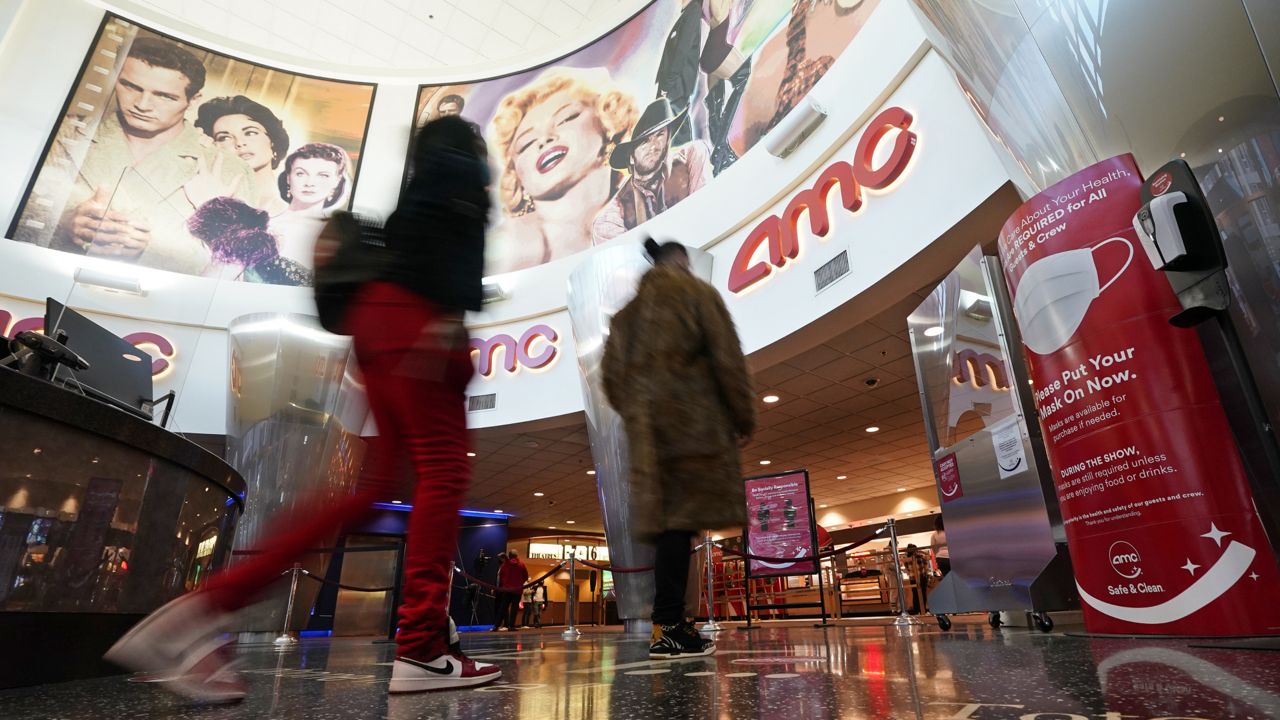 LOS ANGELES — The L.A. County Department of Public Health has officially given the green light for movie theaters to reopen Monday, but don’t expect your local cineplex to be running the projectors that day.

It will reopen its 23 other L.A. County locations and most of the 31 additional theaters it operates in the state on Friday, March 19.

“The reopening of movie theatres in Los Angeles County and throughout California is a momentous occasion for AMC Theatres, for our guests, for our associates, for our studio partners, and for the entire theatrical exhibition industry," AMC President Adam Aron said in a statement. "To put the magnitude of Los Angeles reopening in perspective, as a movie market, the L.A. DMA is about double the size of the New York City market, which just finished last weekend as the No. 1 DMA in our circuit for box office.”

New York City allowed theaters to reopen at 25% capacity March 5. Under L.A. County rules, theaters can also only operate at 25% capacity when they reopen and must seat groups at least six feet apart.

The country's second largest chain, Regal, has said it won’t reopen anywhere until theaters can operate at 50% capacity and major movies are being released. Cinemark has not yet released its plans.

Restarting a business that used to operate 365 days a year is no small order, said Laemmle Theatres President, Greg Laemmle. The chain’s seven theaters have been closed since March 15, 2020, because of the pandemic, and aren't likely to reopen until at least mid-April.

“We were open on 9/11. We were open the day of the Northridge earthquake. We’ve never closed. Not for a day,” Laemmle said of the unprecedented closure.

Reopening isn’t just a matter of bringing back the 200 employees he was forced to lay off last year but ensuring the many systems inside their formerly bustling business even function.

“We want to make sure there isn’t a gusher of water coming from somewhere. We can’t necessarily turn on every system and make sure every refrigerator still works or the projectors are functioning, so we’ll have to do a more thorough startup process,” Laemmle said, adding that some Laemmle locations may not open until more capacity is allowed because some of its screening rooms only seat 40 people.

“As a business person, I’m happy to get open,” he said. “As someone with a small degree of familiarity with science, I certainly want to make sure we get this right.”

Last summer, Laemmle watched as theaters in other parts of the country reopened and quickly discovered that people were not ready to come back. Many of those theaters ended up reducing hours or shutting down again.

That is not a mistake Laemmle wants to make.

Before the shutdown, Laemmle Theatres operated seven locations, including Hollywood, Claremont, Glendale, and Pasadena. An eighth location, in Newhall, finished construction during the pandemic and will open April 9, Laemmle said.

Over the past year, Laemmle has been doing some virtual cinema with its smaller distributors. “That's allowed us to maintain contact with our patrons on the subject of film,” he said. “It’s not even a rounding error in terms of lost revenue, but it’s something that’s valuable and probably something we will continue.”

But it’s putting movies on the big screen that Laemmle and other theaters big and small want to resume. Filmmakers create their films to be seen in theaters, and people want to see them in the best possible environment.

“The openings of the Los Angeles area theatrical market is another significant step forward,” said Patrick Corcoran, spokesman for the National Association of Theatre Owners. “Large-scale movies need to have major markets in the U.S. open to succeed financially, and Los Angeles is the largest. As pandemic case numbers continue to decline, and vaccinations rise, theaters look forward to operating safely and responsibly at higher capacity limits where they can be profitable and studios can feel confident in the successful release of their biggest movies.”

On Friday, Cinemark also announced it would reopen more than ten theatres beginning Saturday, March 13. The reopening of theaters will continue through March 15, with "enchanced cleaning and safety protocols," according to the company.

“Cinemark is thrilled to once again offer Los Angeles movie lovers the chance to see a movie on our big screens with sight and sound technology that truly cannot be replicated at home,” said Cinemark CEO Mark Zoradi.