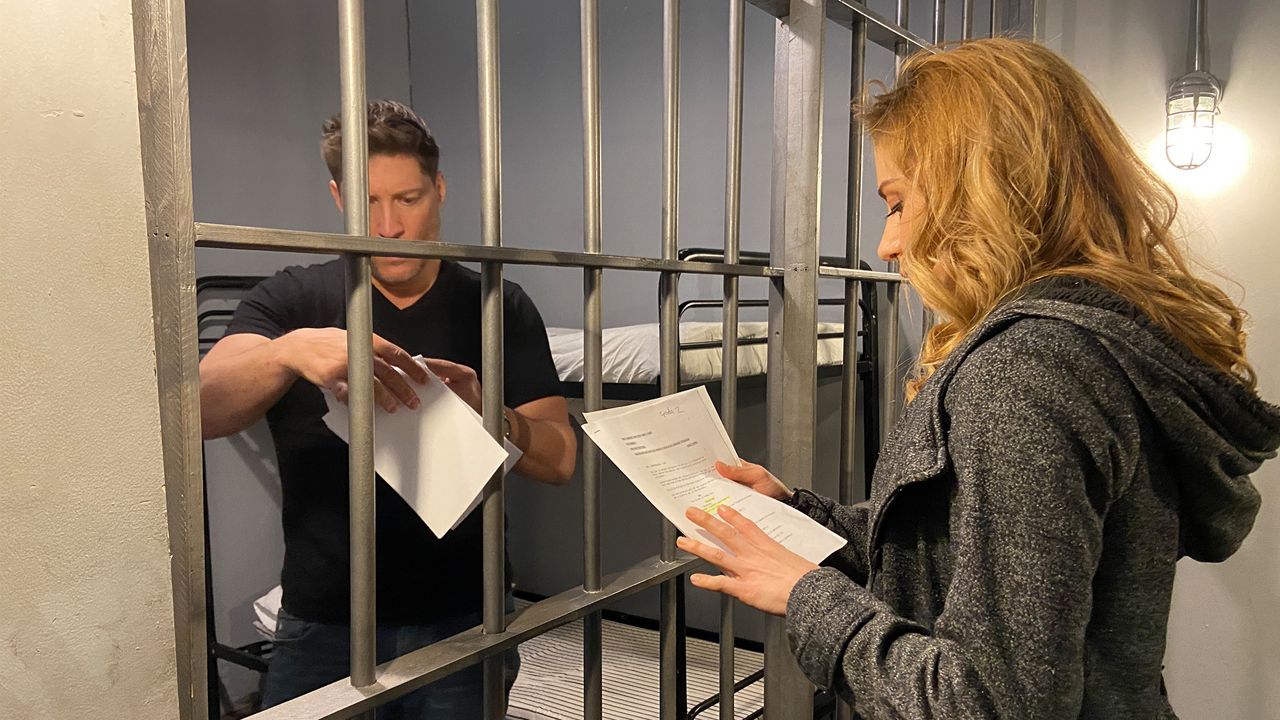 BURBANK, Calif. — Taking temperatures on-set as the Studio City cast and crew arrive is part of the new protocols that COVID-19 Compliance Officer Eric Shanker has to perform.

“We are responsible for keeping people safe and disease-free, and if anything like that was to happen, then we would have to take action," said Shanker.

Studio City is filming its continuation to its first season, but things look different this time out. The cast and crew are adjusting to how to work in a pandemic, by following -COVID guidelines.

Everyone has been tested prior to coming to work. Shanker also administers rapid tests for extra precaution.

Production in the City and County of L.A. were shut down completely from March 20th to June 11th, with the LA County Department of Public Health authorizing filming to resume on June 12.

While the latest stay-at-home order considers film and TV production essential, director Timothy Woodward Jr. knows they could be shut down if they fail to follow any COVID orders.

“Health is the most important thing by far, and we want to make sure that we’re following all the guidelines and stuff, you just don’t know, of course there’s definitely that level of fear," said Woodward Jr.

The entertainment sector was hit hard during the first shutdown, putting thousands of people out of work.

Now that Studio City is back to work, the production has to take the extra step and endure the cost of providing testing and PPE.

“Frankly, a lot of our scenes are being shot as singles so we’re able to keep the actors apart. Not as many two-shots, not as many close over-the-shoulder shots," said Kanan.

But after living the reality of not being able to work, Kanan is just thankful to be on-set again.

“We’re just really excited to be back here again, because there’s so many obstacles right now," said Kanan.

“We’re trying to keep as safe as possible, at the same time live our passion and make a living," said Shanker.