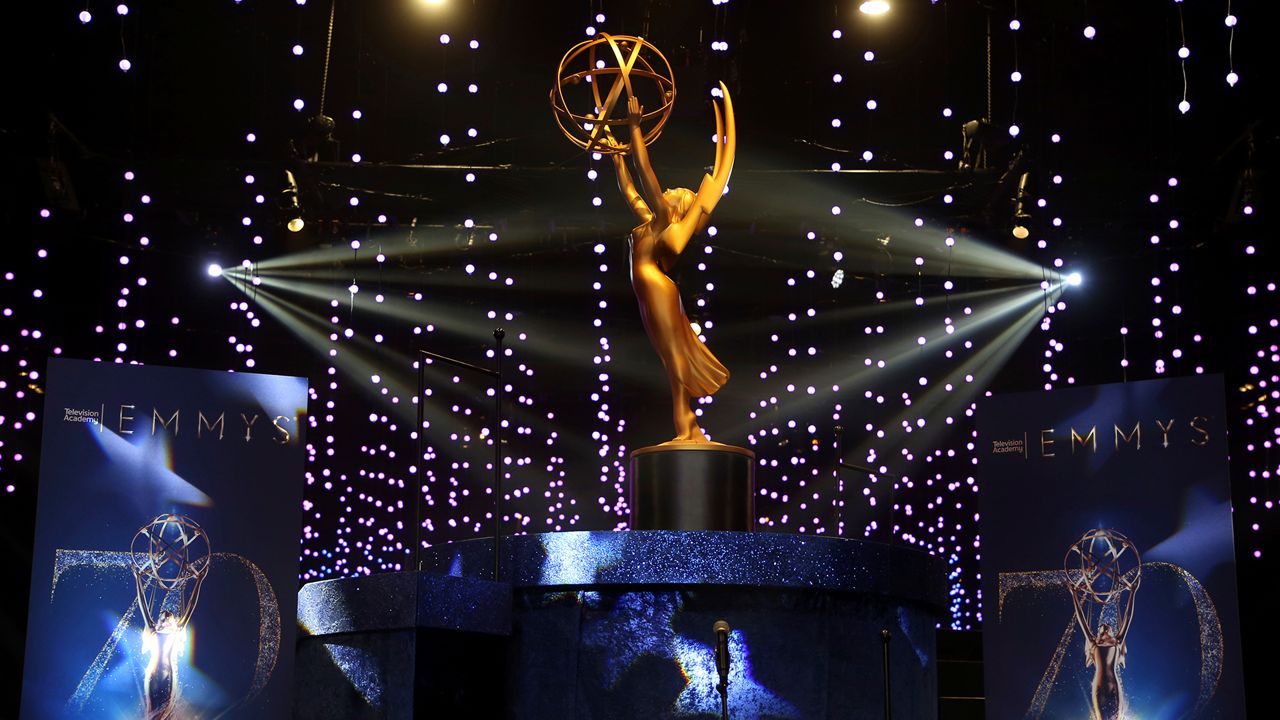 An Emmy Statue is seen during the 2018 Governors Ball Sneak Peek Press Preview for the 70th Emmy Awards at the L.A. Live Event Deck on Thursday, September 6, 2018, in Los Angeles. (Photo by Danny Moloshok/Invision for the Television Academy/AP Images)

"Watchmen" Leads All Emmy Nominees With 26

LOS ANGELES (AP) — “Watchmen” is the leading contender at the Emmy Awards with 26 nominations.

The HBO series stars Regina King and is a dystopian superhero drama dealing with race, police and white supremacy based on a 1980s graphic novel.

The Amazon comedy “The Marvelous Mrs. Maisel” is the second most-nominated series with 20, followed by Netflix’s “Ozark” with 18.

The nominees for best comedy series are: “Curb Your Enthusiasm”; Dead to Me”; “The Good Place”; “Insecure”; “The Kominsky Method”; “The Marvelous Mrs. Maisel”; “Schitt’s Creek’: “What We Do in the Shadows.”

Host Leslie Jones kicked off the announcement Tuesday morning by appearing on a virtual set and joking that she was told there would be many others on set to announce the nominees and that she was locked in a studio with only a camerman.

“This year, we are also bearing witness to one of the greatest fights for social justice in history. And it is our duty to use this medium for change,” Frank Scherma, chairman and CEO of the Television Academy said at the outset of the presentation.

The Emmy Awards, hosted by Jimmy Kimmel, will be presented Sept. 20 on ABC.