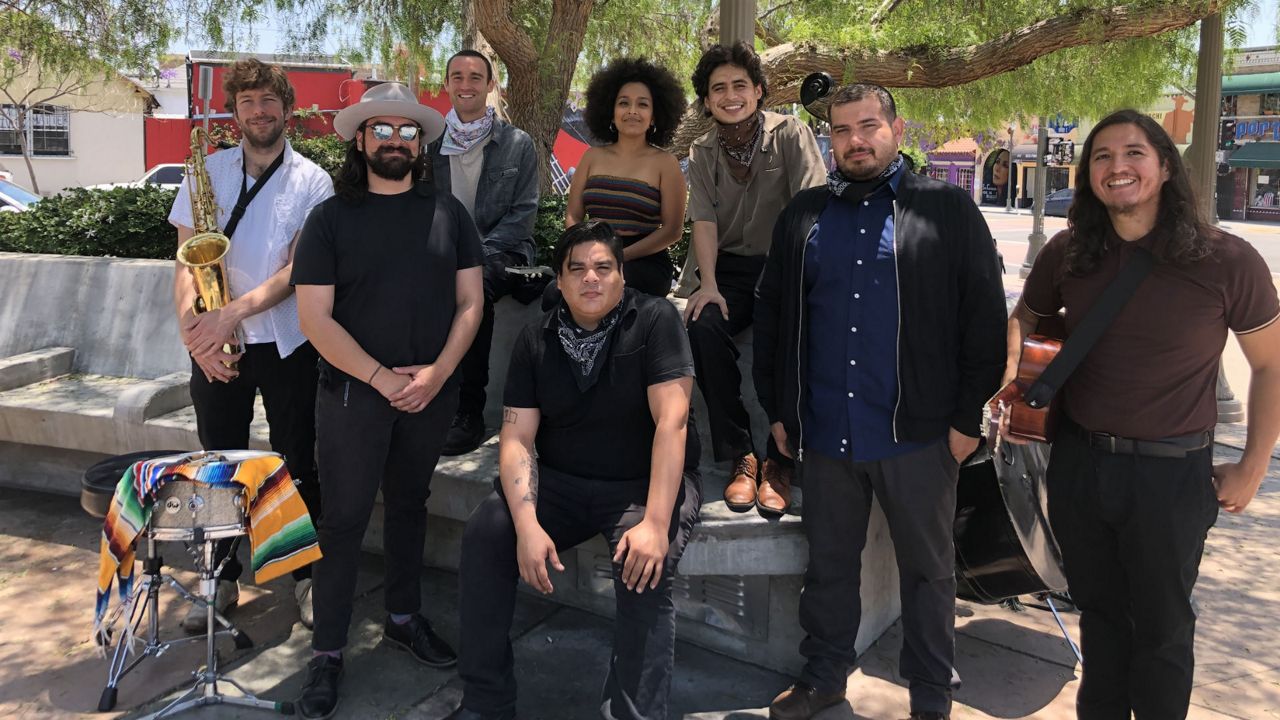 BOYLE HEIGHTS, Calif. – It is a nostalgic sound that takes you back to the soul music of the 1950s and 60s called “Chicano Soul” or “Chicano Soldies.”


“It’s definitely meant to be reminiscent for sure,” said Joseph Quiñones, lead singer of Thee Sinceers, a band out of East L.A.

Quiñones got the band together a few years ago. He spoke to Spectrum News 1 about the group at Mariachi Plaza in Boyle Heights.

Thee Sinseers' genre of music combines the words soul and oldies. It's also sometimes called lowrider oldies because of the music’s popularity within the lowrider music scene.

“It’s soul music in general and coming from East Los Angeles and being Chicano we just got into that category of Chicano oldies, so it’s really cool to carry that flag for the community and for our culture and for our music, most importantly,” said Quiñones.

For Quiñones, it was his family who partially influenced his love of soul music. He grew up going to car shows with his father who has been in a car club since the 1970s.

Release alert 🚨 well people it’s finally here “what’s his name “is out on all digital platforms . We want to thank @coleminerecords @leroiconroy for this . Please go to band camp and purchase this . All proceeds for the first week of the release will go to the band. Go to our link tree located in our bio for a link to purchase and hear it on band camp . #coleminerecords #theesinseers #whatshisname #westilldontknow

“I remember going to the car shows and being really young and being bored but I remember bobbing my head a lot, I remember that for sure,” said Quiñones.

While he may not have known it at the time it was those songs that would go on to influence the sound of Thee Sinseers.

“It was like, 'I know this song,' I don’t know how I know this song, but I know it. You know it was just an easy fit, my mom was a big Motown girl and my dad was really into war and El Chicano and stuff like that so I was definitely around it early on for sure,” said Quiñones.

The Sinseers will be preforming at the 2020 Latin Alternative Music Conference. The LAMC showcases Latin American Music. The event typically offers panels and discussions during the day and live music at night but this year the conference is going virtual due to the COVID-19 pandemic.

“We just hope that the performance translates well because it’s definitely hard to capture a live performance or just any kind of performance without an audience because that’s what we rely on sometimes,” said Quiñones.

The upside is the event is more accessible this year because it is being offered online. It's a chance for audiences around the world to get a taste of Thee Sinseers.

You can watch Thee Sinseers on at the LAMC showcase by registering for the LAMC Conference.