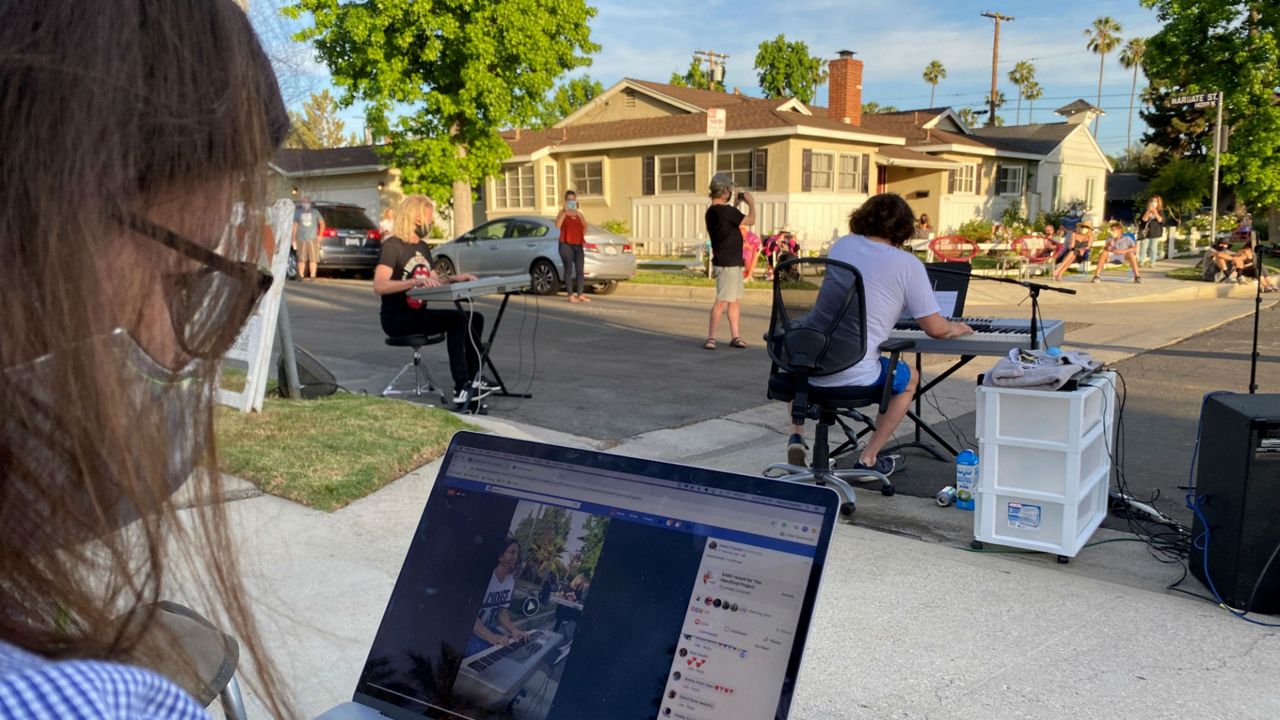 LOS ANGELES – Local musician Adam Chester is prepping for the big event on his block.


Chester has worked with Elton John for the past 15 years, standing in for him in band rehearsals, and composing in addition to arranging for Elton’s various live performances.

“I didn’t know a whole lot of neighbors before this all started,” Chester said.

Like many musicians, when the pandemic and shutdowns began, Chester lost all of his jobs performing. Bored and craving an artistic outlet, he started live-streaming piano concerts on Facebook at home and it organically evolved into taking it outside his door every Saturday night.

These outdoor concerts are a family affair. His wife Maria, who is a producer by trade, is an integral part of all the little details, down to naming the event.

“We were out here and the neighbor said Lolapolooza, and I said, no! Quaranchella! And that is how the name came to be.”

She runs the Facebook live stream and helps organize donations gathered for different local charities every week. So far they have raised around $8,000 for various community non-profits.

“He’s unemployed and he will probably do this until you know, no one is listening on Facebook because they are all working or our neighbors are out on Saturday night for real, but right now this is just a breath of fresh air for everybody.”

That authenticity has become a source of community and connection in these times of quarantine. Safety has been their biggest concern, as the concerts have grown in popularity, so have the crowds so much that they have asked people to not come, and to watch online instead.