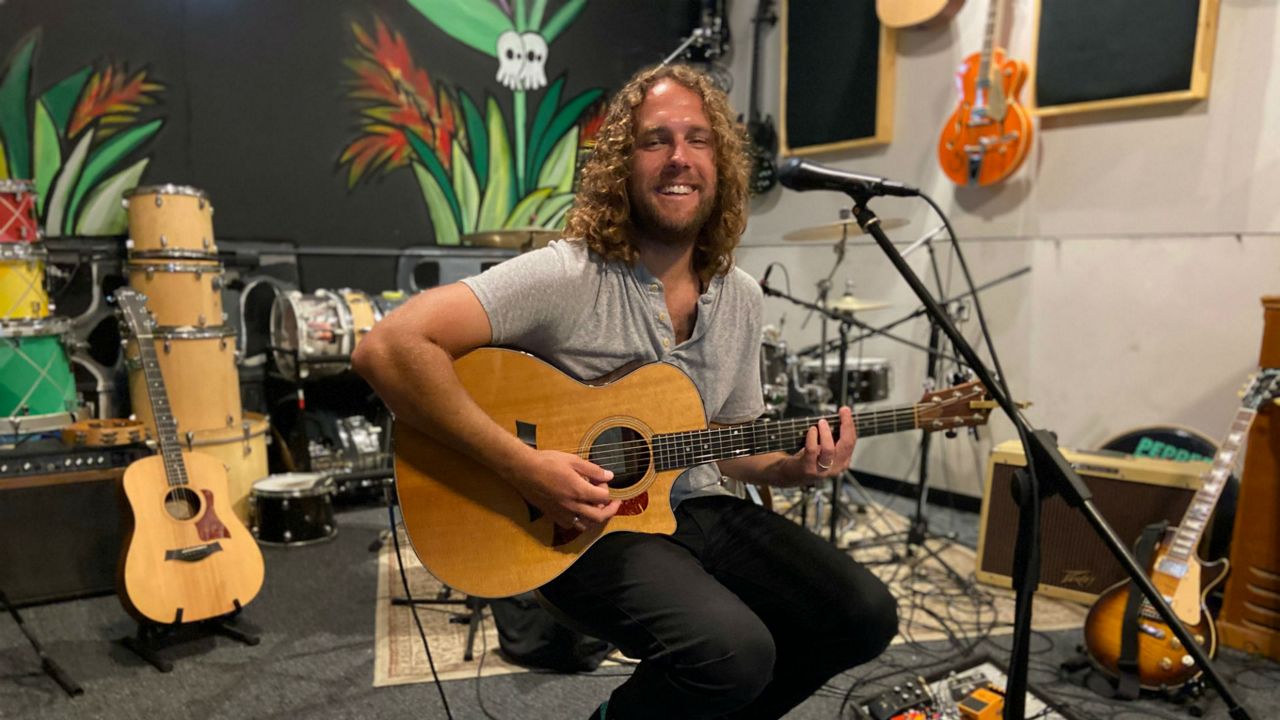 REDONDO BEACH, Calif. – Being a guitarist has always been within Jeff Nisen's comfort zone, but there were still additional bandmates around him.


Nowadays, during quarantine, not only is he the only one in the room strumming his instrument, but he is also the lead singer.

"I just started having some confidence in my voice, and that kind of changed everything. And now I feel really good about everything. My sound and who I am," said Nisen.

Over the last 10 years, Nisen was strictly a guitarist-for-hire and loved playing for other bands. He toured a lot, playing 100 to 200 shows on any given year. But the pandemic put a halt to the live music industry, and Nisen, like many other artists, saw his gigs canceled.

With no shows to play and no income coming in, quarantine lit a fire within him to pursue his solo career. It is something he has always wanted to do, but he kept putting it off. Now with nothing but time, he is filling the hours by making as much music as he can at Kona Town Recording in Redondo Beach, which he co-owns.

"Every morning, I just make sure that I stay motivated to come in and work, and when this is all said and done, again I'm going to be a solo artist with a whole new set of skills and tons of songs written," said Nisen.

He describes his sound as "rustic-rock," a blend of folksy-Americana with a sometimes bluesy-rock vibe. His goal is to release one song per month. His debut single Turn Out The Light came out in April. His next single set to be released soon is titled Times in Life.

My first single, Turn out the Light, has officially been out for a month, thanks so much for listening and for the awesome feedback! My next song is allllmost done and should be out in a couple of weeks 🤞🏻 but please shoot me a follow on #Spotify in the meantime, it really impresses the algorithm robot people who decide our fates 🤖 😂 ok talk soon. -Jeff 🍻 📸 : @alex_curry

While these "times in life" with the pandemic can create fear for a musician with the unknown future, he sees this extra time as a gift to go after his dreams.

"I've talked about it for years, oh I can't wait to get my own stuff out there. I look back and I think I was saying it six years ago, and now I'm really on it and so fired up about it," Nisen said.