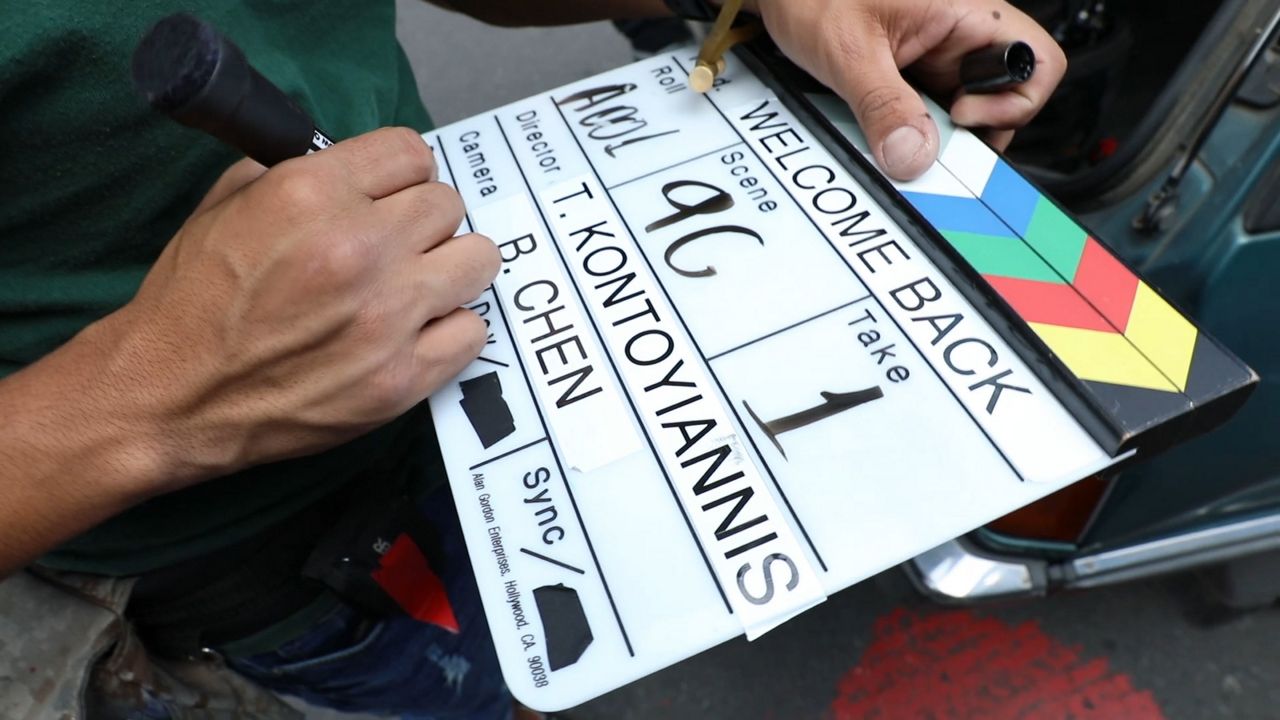 LOS ANGELES – Making the film Welcome Back about Venezuela and its culture is how Tiffany Kontoyiannis-Guillen feels she can honor her family.

She wrote and directed Welcome Back, which centers around a woman Rosa and her daughter, Sophie, who have been deported back to the extremely dangerous and communist Venezuela. This passion project finally became possible after getting her masters at the USC Film School.

“I made a promise to myself that I would really tell stories not only social relevant but important. I felt like film-making was a platform and a responsibility,” she said.

So she and her crew went to Ecuador to film.

Eventually, she submitted her project to the TV Academy Foundation’s College Television Awards, which honors the best in college television from all over the world. Kontoyiannis-Guillen and her producers, Roy Arwas and Karly Perez-Arévalo got nominated, and were set to be honored at the 40th annual awards show.

But as has happened with so many other events, it had to go virtual due to the pandemic. The prestige is still the same though, for a recent college grad to be recognized by TV Academy members who also choose Emmy nominees.

As someone who just graduated with her masters and was ready to dive into the industry, this pause can be frustrating, or maybe not.

“Time to reinvent how we tell stories. Before we were waiting for opportunities, “ Kontoyiannis-Guillen said.

Regardless of whether or not the awards are given in person, this nomination has given Kontoyiannis-Guillen momentum to launch her career.

“I just want to be able to tell these kids of stories. To be recognized by TV Academy taught me that people are looking for these stories...This project was driven by guilt,” she said.