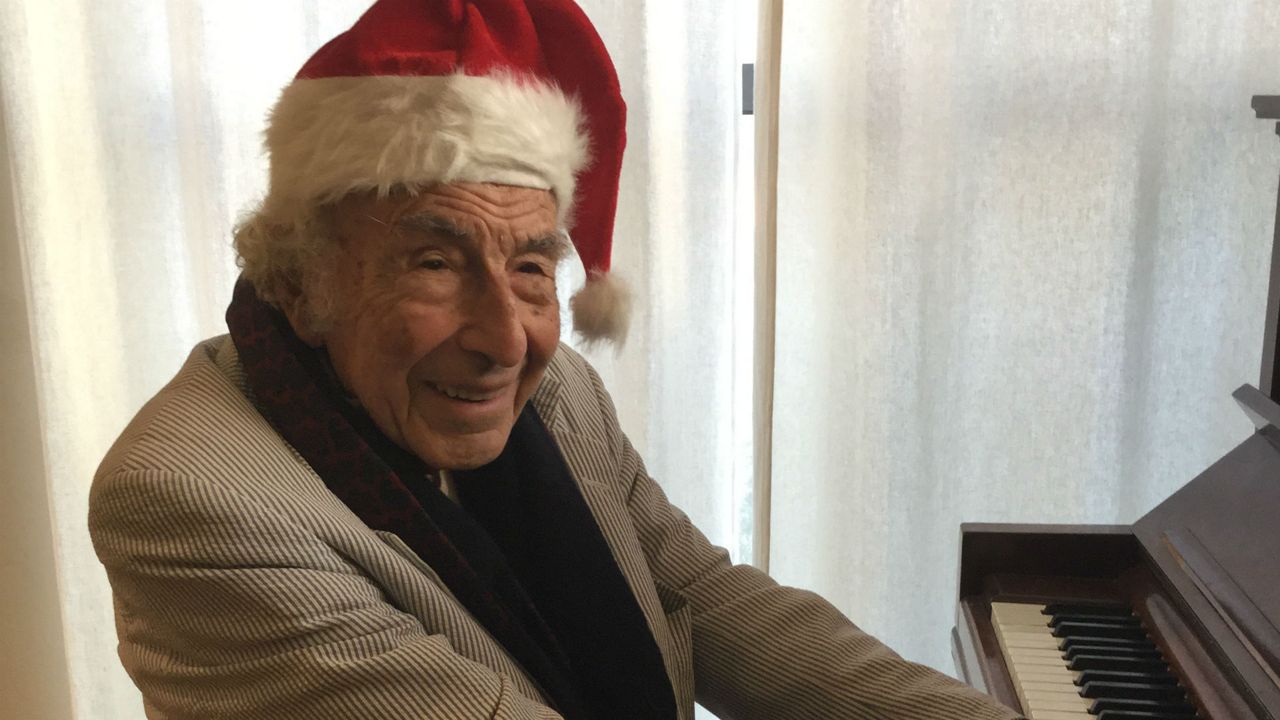 
But for composer Phil Springer he never dreamed that a Christmas Carol would be what he is known for.

"I really didn't make it myself, Santa Baby made it for me," said Springer.

Springer still composes at age 94; a craft that he began when he was just 15 years old. Growing up in New York, he worked with every professional lyricist in the city in the 1950s and 60s.

But his favorite collaborating partnership was with Yip Harburg, who is considered to be one of the greatest lyricists on Broadway and who wrote the words to the songs for The Wizard Of Oz.

"Over The Rainbow, that's a song that comforts millions of people through the ages," said Springer.

Although Yip died in 1981 he spent the final decade of his life collaborating with Springer. So while he has been home during the pandemic Springer, along with his daughter Tamar, started working on a project of the heart telling the stories behind eight of the songs the duo created together.

"Memories of our relationship, as we wrote song after song, which is the first time you'd have a real insight into the closeness and the love between two men, writing a song," said Springer.

So Springer and Tamar spend their stay-at-home days recording these stories, like the one behind the song Time, You Old Gypsy Man.

"When he heard this music, tears came to his eyes and he said that's what I've been looking for my whole life," said Springer.

Springer goes on to say it took them two evenings to make the song and they would get together at midnight after parties at Yip's.

"Yip wrote the lyric and it went ‘Time you old Gypsy man, thief in the wind,’" said Springer.

With time nothing is guaranteed so these stories that only Springer remembers of a past generation can live on for generations to come.