Rob Thomas performs at the Pre-Grammy Gala And Salute To Industry Icons at the Beverly Hilton Hotel on Saturday, Feb. 9, 2019, in Beverly Hills, Calif. (Photo by Chris Pizzello/Invision/AP)

LOS ANGELES  – For as long as he can remember, Rob Thomas’s heart has been with animals. And now, during this pandemic, surrounded by his two rescues at home, he and his wife can’t help but think of the four-legged.

“When a hurricane or something like that happens, our first thought is what happens to these animals. With the advent of new challenges like COVID-19 we’re trying to figure out where is the hole,” he said.

Because the Grammy-winning singer says the hole during a crisis is often where pets fall. Using the platform his music career has given him, from being the lead singer of Matchbox Twenty to solo work, he and his wife started a non-profit years ago, the Sidewalk Angels Foundation.

They have since helped more than 20 shelters all over the country -- from building medical facilities to helping with adoptions. Now, during the pandemic, Thomas says he knows animals need help more than ever, as people lose the ability to pay for food and supplies and medical care for their pets.  So he had an idea and it involved some celebrity friends.

TONIGHT!!! Rock the House for Animals, a very special event helping animals across the country, in partnership with @HumaneSociety & @sidewalkangels. https://t.co/ZNf014aLxz

“I know everybody is home right now, let me start calling around. Chris Daughtry and Gavin DeGraw immediately said yes, they’re big animal people as well, wanted to join in,” he said.

And so, Thomas, DeGraw, and Daughtry will Rock the House for Animals Thursday, April 30th. It’s a virtual concert all from their own homes, to raise money for both his nonprofit and the Humane Society of the US to help pets and their people impacted by COVID-19.

Thomas hopes people tune in. Not just for the sense of community during these hard times, but to help these animals that really do help us, too.

“It’s very symbiotic. Anything you can do for an animal they can do for you tenfold,” he said.

After the music ends, Thomas hopes your path leads you to adoption. So a rescue pet can have your heart, like these two have his.

You can watch Thursday, April, 30 at 5 pm PST, at humanesociety.org/resources/rock-house-animals 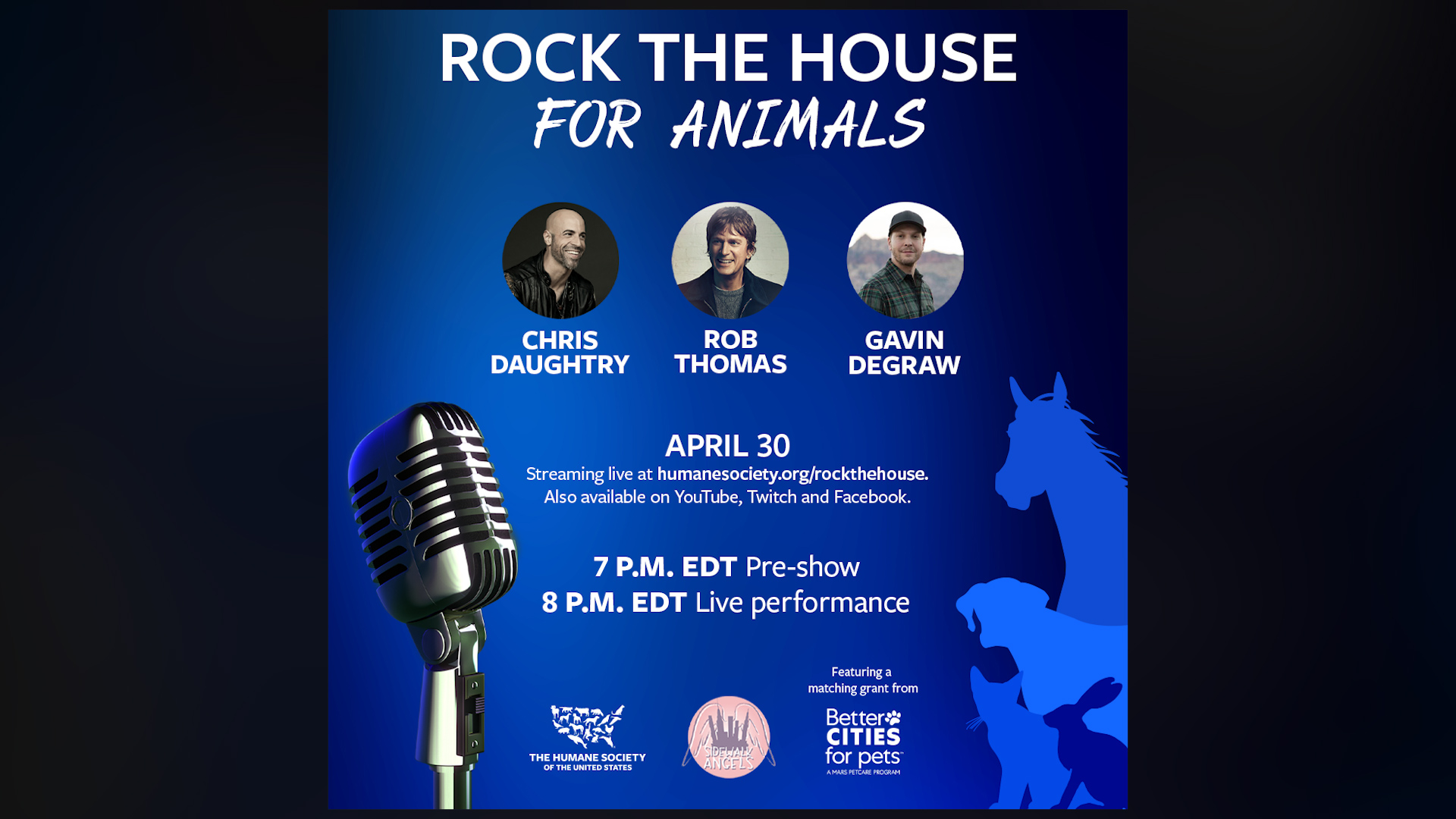