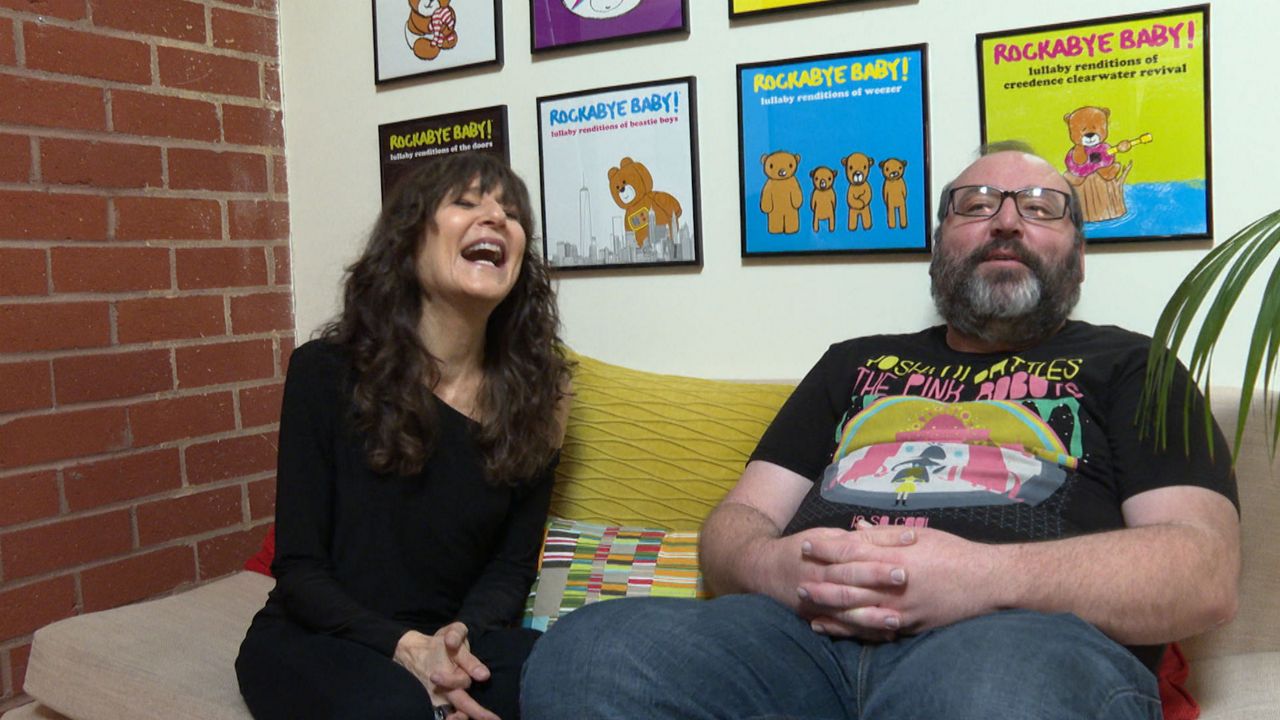 But some parents, weary of traditional lullabies like “Twinkle, Twinkle Little Star,” have been turning to a series of albums released by the Silver Lake-based CHM Label Group called, Rockabye Baby!

For the past 14 years, CMH Label Group VP, creative director Lisa Roth and her team have been making the Rockabye Baby!, albums that take grown-up acts like Metallica and Snoop Dogg and soothingly arrange them for the lullaby crowd.

Roth said it all started with a friend’s baby shower.

“I didn't see anything out there in the music field that I would be excited to give to my friend who was having a shower, and I went back to work and I said to the owner, ‘We need to get into the baby business,’” said Roth.

David Bowie, The Smiths, The Beatles, and Beyoncé, these are just some of the artists that have been covered under the Rockabye Baby! banner.

“I wanted something that a parent would relate to,” said Roth. “I wanted to create a bridge between who the parent was pre-baby and who they are now, after baby.”

Roth's producing partner and head of A&R, James Curtis, said it is important to honor the original artists while also creating the perfect bedtime mood for the little ones.

“We’re arranging so that people still recognize the original but they're hearing something different and unique,” said Curtis. “It still has to sound like the artist, but through the prism and the palette that we've created.”

Lisa Roth, whose brother is David Lee Roth of Van Halen, said at first she was not keen on doing a tribute to her brother's iconic band.

“I have a very strict policy of not working with family,” she said. “However, it was requested a lot (which makes sense), and when we did it it came out beautifully. And I think my brother got a kick out of it.”

Lullaby renditions of Ed Sheeran are out now! Available wherever you stream your tunes! 😄💕 #NewMusicFriday https://t.co/Mx0jMmGUPF

The CMH team just hit their 100th release with an Ed Sheeran tribute and Roth promised to continue the Rockabye Baby! releases as there will always be so many great artists to inspire them.