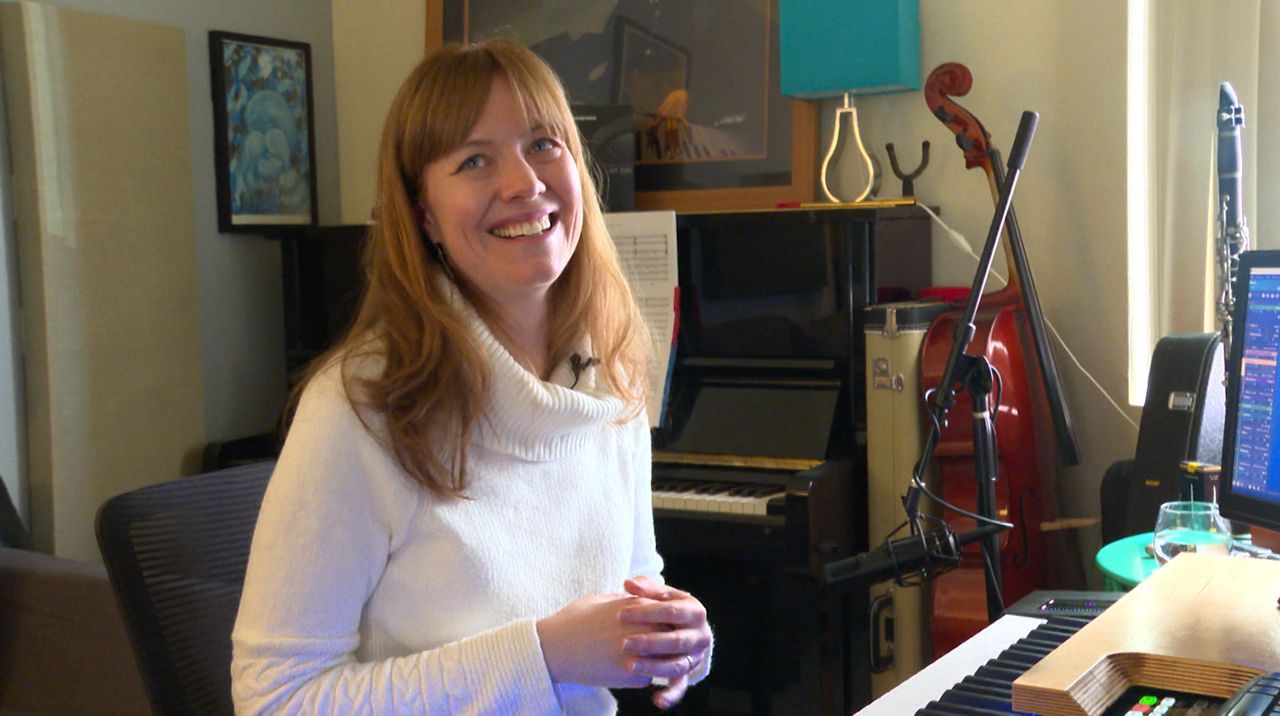 HOLLYWOOD, Calif. —In 2018, composer Angela Little took a big step and traveled from her home in Australia to Los Angeles to pursue a long-held dream of completing USC’s screen scoring program.

“I knew that [the USC program] was connected to the industry here in a way that no other program in the world is,” said Little. "The tutors and mentors that you could work with in that program were literally at the top of the field and I'd always kind of dreamed of having that kind of input and influence on my work and my own career.”

The USC program is competitive, but Little came from Australia with ample composing experience and the “family” she made at USC helped her adjust to the city.

“As soon as I landed, I felt like I was part of this community and I felt like that ever since and I think that's one of the most wonderful things about L.A., people are very generous, you know, with their expertise and with wanting to help you, you know, do the best that you can and fulfill that potentially have.”

Since completing the USC screen scoring program, Little has been pursuing a variety of projects and adding to her resume, but when she thinks back to the beginning of her journey, she says the thought of following her dream and actually coming to Los Angeles seemed overwhelming at the time.

“In the beginning, it was just, ‘My god! How am I going to do this?'” she recalls. “It just seemed so outlandish and so impossible. I found the best approach was just essentially one step at a time, and one foot in front of the other. Eventually it becomes manageable and achievable, and you can see the way through.”

The world of film composers has historically been dominated by male composers, but this year's Oscar nominees include Hildur Guðnadóttir who scored Joker.

While Little says awards are not her primary concern as a composer, having a female nominee does make a difference. Everyone needs a role model, and Little says Rachel Portman, the first woman ever to win an Oscar for Best Score, was that for her.

“When Rachel Portman was having that success,” said Little, “she was someone that I looked to and went, ‘Oh my gosh, that's what I can aspire to.’ So, what I think is actually very important is that there are people for younger female composers to look up to and to aspire to, because you need to see what's possible to believe that it's possible for yourself.”