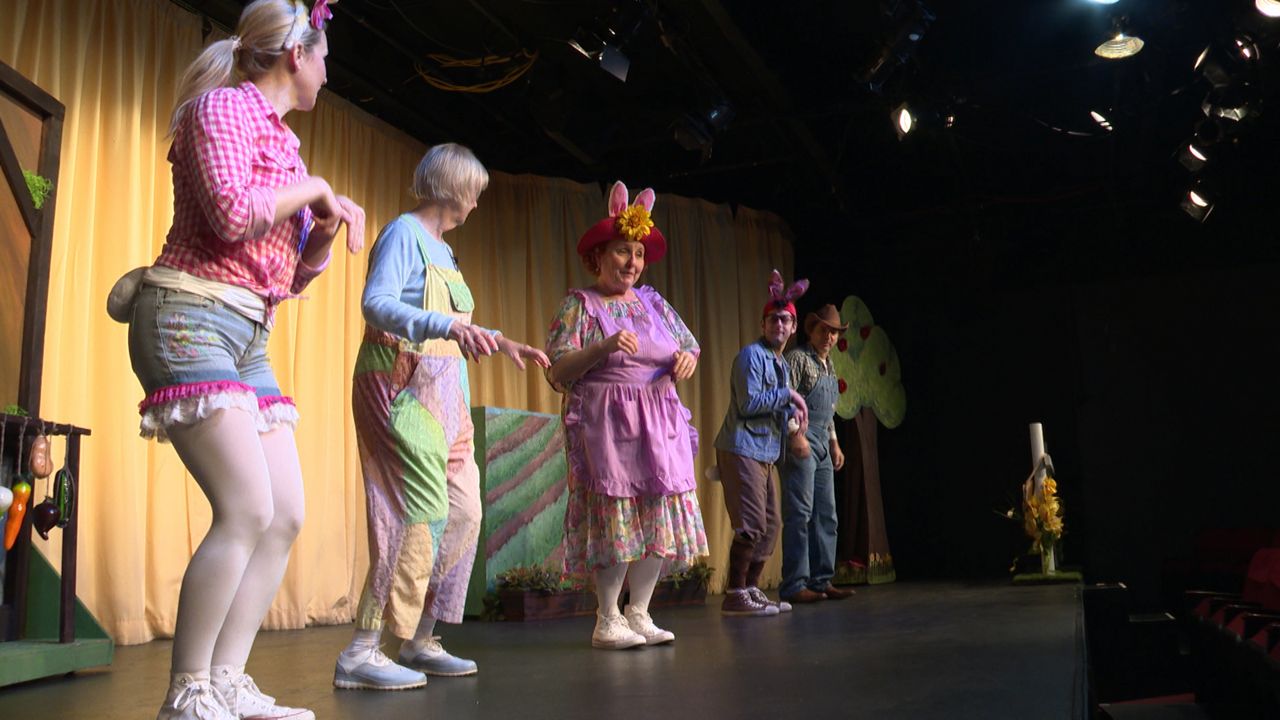 HOLLYWOOD, Calif. – Once upon time in the land of Hollywood, a group of actors were eager to entertain children with singing and dancing and animal noises. Like all good stories, this one starts long, long ago.

Barbara Mallory Schwartz, who had performed in children’s theatre in Minneapolis, wanted to introduce her young son to live theatre, but she didn’t find any she liked.

“So I went to Lloyd and I said, 'Write a show,'" Barbara Mallory Schwartz said.

She is referring to her husband, Lloyd J. Schwartz, a writer, producer, and director who produced family-friendly fare like the Brady Bunch, which his father created.  He obliged and wrote a script based on Little Red Riding Hood.

“And I thought that was going to be the end of it," Lloyd J. Schwartz said. "But no. Now there’s now 19 different plays and we have been doing this for 35 years.”

The Adventures of Peter Rabbit is their latest musical and the first new one in a few years.  He said the tale has all the elements they look for.

“Peter Rabbit is warm and fuzzy," Lloyd J. Schwartz said. "And it’s also about an animal, and kids love animals.”

Plus it’s not scary.  That is something Storybook Theatre does not cotton to. The shows, which are performed at Theatre West, are designed for kids aged 3 to 9.

“Many of the fairy tales the wolf eats people and people are thrown into ovens and things," Lloyd J. Schwartz said. "We don’t do any of that.”

Over the years they have literally watched their audience grow. People who came to see a show when they were 5 years old are now bringing their own children. School groups come, too, and often send thank you notes, which Barbara cherishes.

The Schwartz’s obviously love theatre and love sharing it with their young audiences, many of whom have never seen a live show before. This is their life’s work and luckily for their rabid fans, they have no intention of retiring any time soon.

“I say to Barbara, we are closer to the end than we are to the beginning," Lloyd J. Schwartz said. "Just my age.  I don’t really know that I’ll be in the box office at 111. But we’ll keep doing it as long as people want plays.”

In other words, happily ever after.

The Adventures of Peter Rabbit is performed at Theatre West every Saturday through March 21.