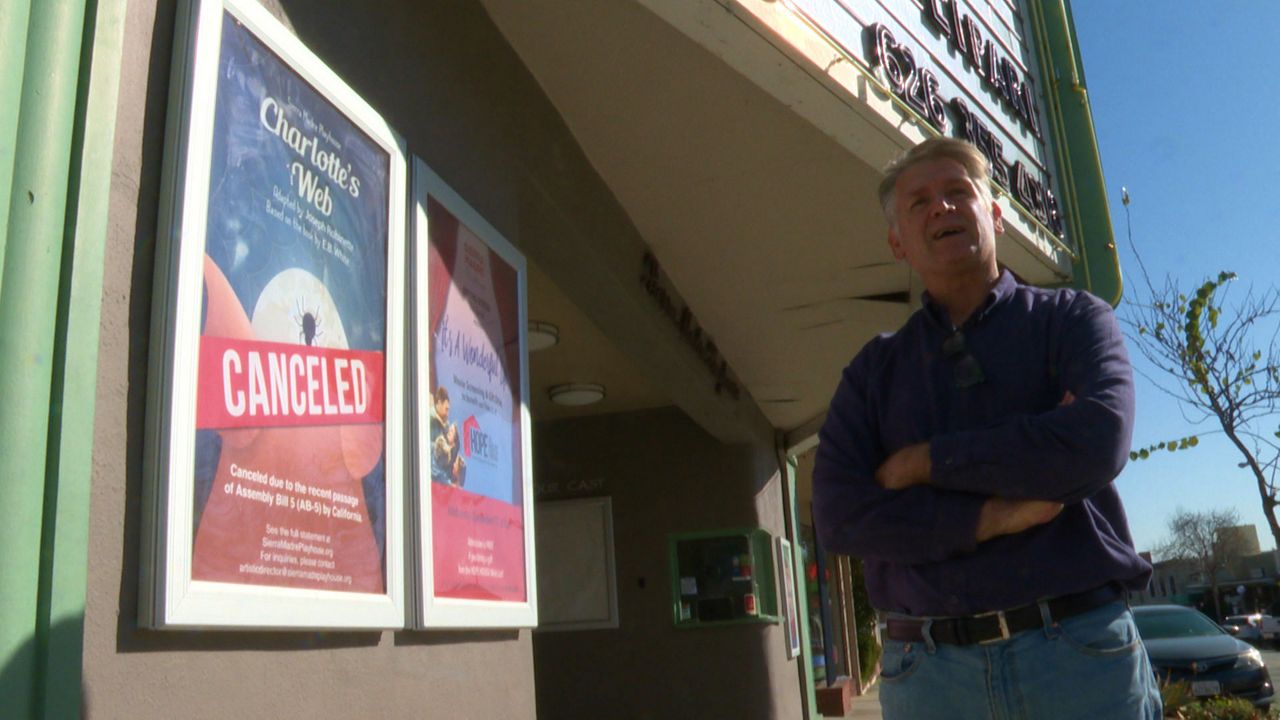 Theater Cancels Performances Due to Rising Costs from AB5

SIERRA MADRE, Calif. – It is a sign no theater wants to display, but it may be a sign of our times.

It is impossible to miss it and that’s the point. Lebano is the artistic director of the Sierra Madre Playhouse. He says he could have just taken the poster down, but he wants people to see.

“So people can understand why we felt we had to do this," Lebano said.

It was not an easy decision, he says. Charlotte’s Web would have been the seventh show produced under their Theater for Young Audiences program.

But he says AB5 left the theater’s board with little choice.

“It is the perfect example of a case of unintended consequences," Lebano said.

Charlotte’s Web was already stretching the budget of about $52,000, even though the school performances were entirely sold out -- 36 fully paid for performances for mostly Title 1 schools.

Lebano says the theater probably would have broken even on the production.  But AB5 changed how his actors have to be paid, particularly for rehearsal, tacking on an additional $38,000. That would be a huge loss and would ultimately leave the rest of the season in jeopardy. By canceling, the theater had to reimburse all those schools.

But he says it's clear who the real losers are in this situation.

“The kids are. The kids are who are not going to be able to share this show,” said Lebano.

The Sierra Madre Playhouse isn’t the only theater AB5 is affecting.  Lebano recently met with other members of the Theatrical Producers League of Los Angeles.

“And at that meeting there were three other people there who said they were going to be canceling something in their season this year," he said.

The members of the group drafted a statement explaining their dilemma. They would like to see new legislation carve out enough space for small arts organizations to stay afloat.

Lebano says he is hopeful that the situation will be resolved. “We will weather this storm," he said, looking out at the dark theater and rows of empty seats.

In the meantime, he says he sees one silver lining.

“I think it’s going to force people to make a decision about how important community based small arts organizations are," Lebano said. "You know, people are just going to have to decide whether or not they want them in their towns or not.”

Judging from the outpouring of support he has felt from the community, he feels confident they do.