WESTWOOD VILLAGE, Calif. – Sometimes two people just hit it off and that was the case when director Robert Ross Parker met playwright Qui Nguyen. The two were in grad school at Ohio University when they ran into each other at a comic book store.

“We were a little surprised, a little taken aback," Parker SAID, reenacting their initial exchange. "'Do you read comic books? Yeah. Do you ready comic books too? Oh that’s weird. Oh strange.'”

They went for a beer that Parker says turned into many beers and that led to a fateful conversation.

“Full of vim and vigor about like, ‘You know what the problem with theatre is,’" Parker said.

To address those problems, the duo went on to create a show called Vampire Cowboy Trilogy and a style of theatre they have been doing ever since.  It seems fitting that the Vampire Cowboys were born in a comic book store.  There are so many elements of the genre in their plays. Action, adventure, sci-fi, sarcasm, and of course superheroes. But with a twist that’s especially important to Nguyen. 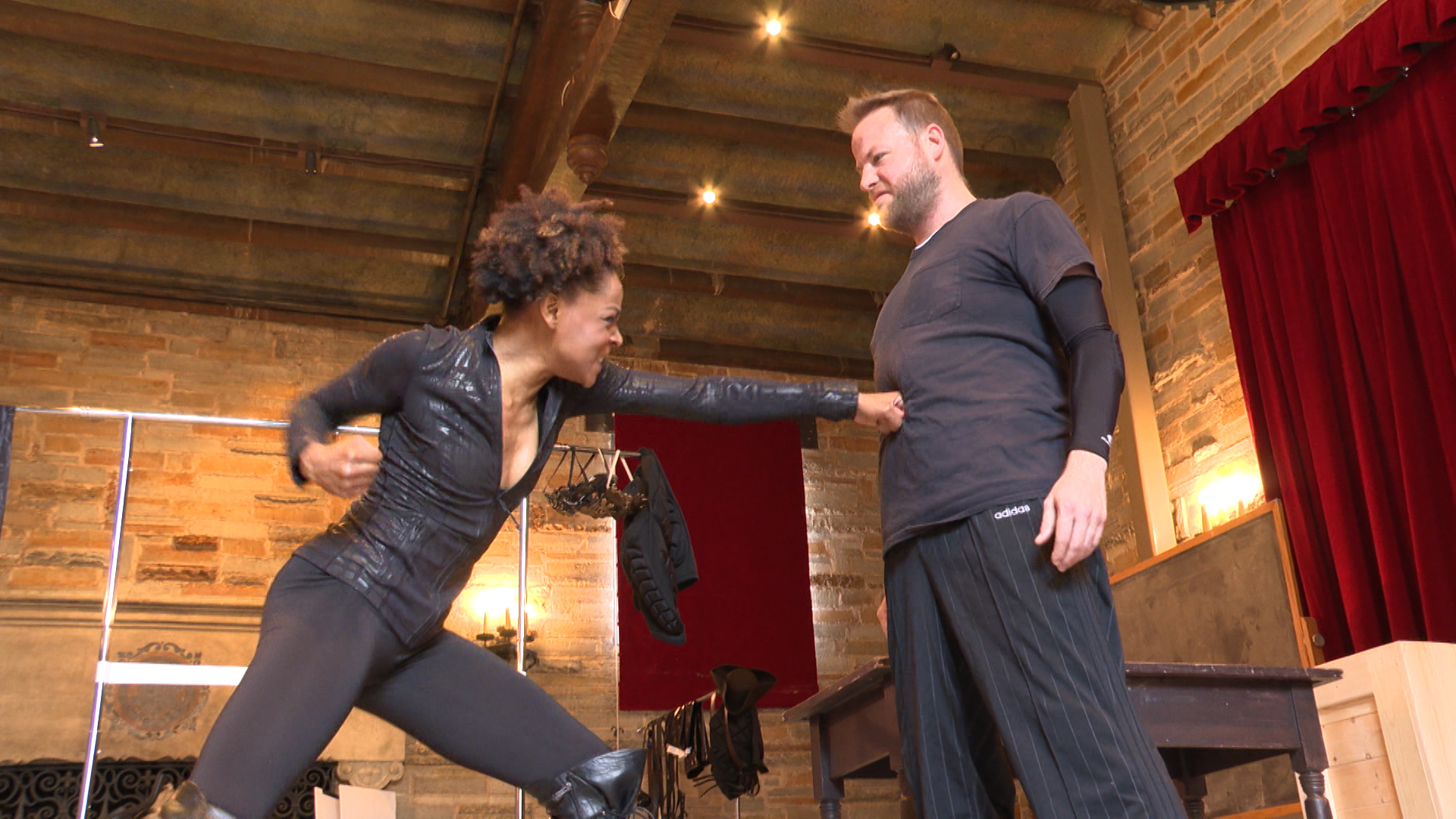 “The mission of Vampire Cowboys, and for me, why I write, has always been to create superheroes for those who don’t often get to see themselves depicted that way on screen," Nguyen said. "So usually our superheroes are people of color, LGBTQIA+ and female.  I think it’s an empowering thing to be able to see someone who looks like you up there be depicted in a historic manner.”

That is certainly the case with his latest work which is premiering at the Geffen.  The show centers around a real historical figure in 17th Century France named Julie d'Aubigny.

“She was a woman. She was bisexual. She was a cross dresser. She was a swordswoman and an opera singer," Parker said.

It is a timely story that resonates today, full of female empowerment, gender nonconformity, and even a #MeToo plot-line from 300 years ago.  And of course, there’s also plenty of stage combat, a Vampire Cowboy signature.

“Part of why I made it, to be able to be watch fights," Nguyen said.

In the early days Nguyen would choreograph the fight sequences himself. It’s a challenge, he says.  In a movie you can bring in a stunt double.

But on stage, Nguyen said, “the actors themselves have to perform it. We’re creating fights that you can perform over and over and over again, hopefully without breaking the actors.”

In the end, Revenge Song is a mashup set to 90s punk that Parker expects will appeal to theatregoers – and also those who tend to stay away.

“For people who are like, ‘oh I don’t like plays.’ And we’re like, ‘Really? You might like this one!’" Parker said, "We are trying to sort of open up what the definition of what theatre is and to make it more accessible in a way.”

Revenge Song is at the Geffen Playhouse through March 8.