WESTWOOD, Calif. – A good play leaves audiences hanging on every word, which is why L.A. Theatre Works makes sure every word is captured and preserved.

Greg Watanabe is one of the actors who will be stepping up to the mic during this weekend’s live performances at University of California Los Angeles’s James Bridges Theater. He has done these recordings before and says as an actor, it is a very different experience.

“Because you need to put all of your focus into the microphone," Watanabe said, "and so it makes your listening to your partner, like, the most important thing.”

Listening is everything to L.A. Theatre Works, a company that originally set out to produce stage plays around Los Angeles.

“One day Richard Dreyfuss, who was a member of the group said, 'you know, I’ve always wanted to do a play on the radio,'" said Susan Albert Loewenberg. "And I said that’s an interesting idea.” 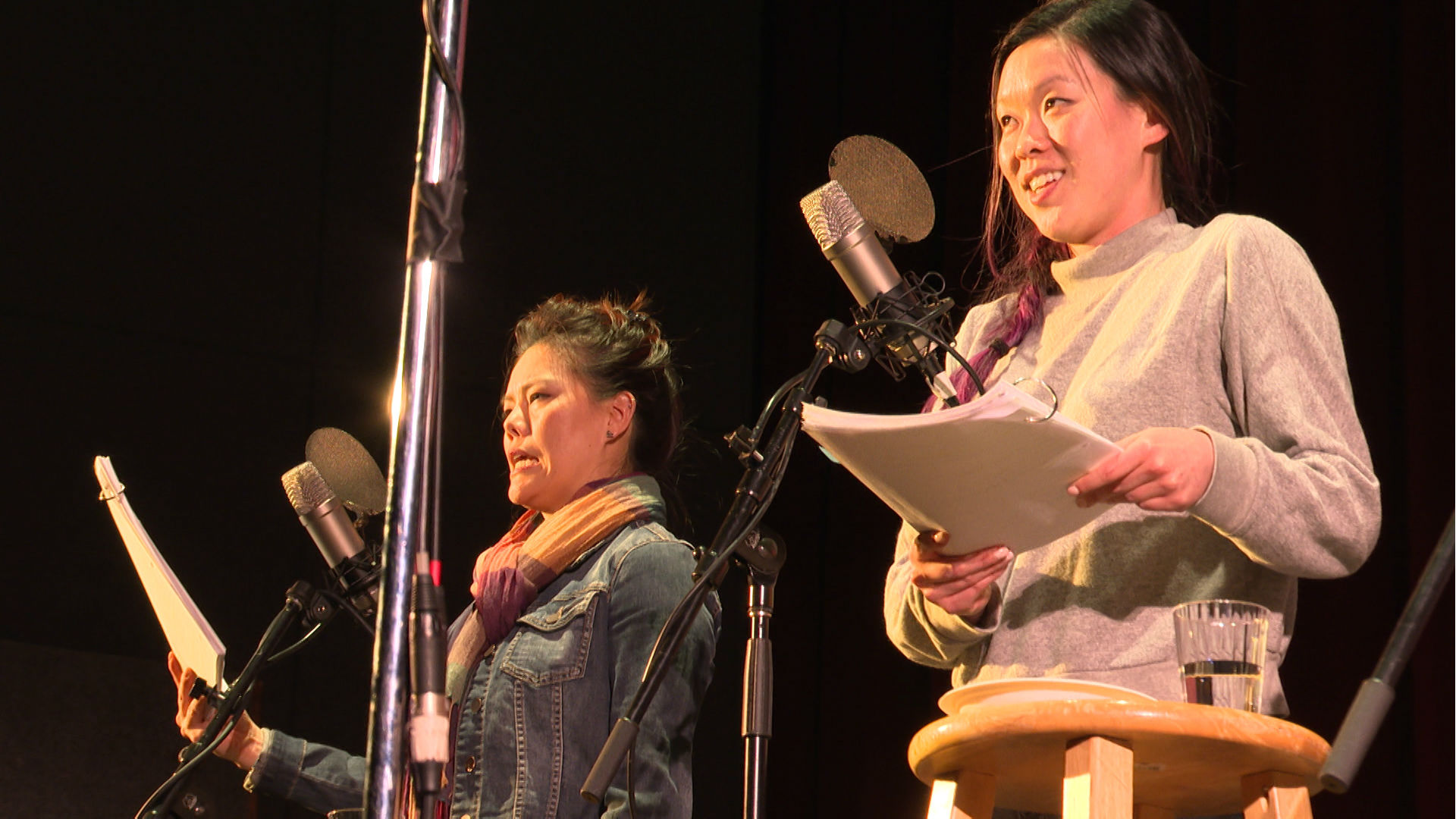 They went on to record a 14-hour reading of Sinclair Lewis’ Babbitt and caught the attention of the likes of NPR and the BBC.

“We were off and running," Loewenberg said, "and 500 and some plays later, here we are.”

By here, the company's producing director means everywhere. There is the weekly public radio show, plus their recordings are broadcast daily in China and streamed all over the world.

Their extensive library contains all the greats. But Loewenberg is just as interested in amplifying what she calls exciting new voices like Qui Ngyuen, who wrote Vietgone.

“I saw it in New York at Manhattan Theatre Club and I thought, 'I’ve got to record this play,'” she said.

Some of the plays are recorded in studio but seven times a year, they record them live in front of an audience. The challenge Loewenberg says is taking something that’s meant to be a visual medium and making it come alive using just sound.  For that she relies not just on the actors but also Foley artists.

For the live audience in the theatre, it is a unique experience as well, one that Watanabe says requires them to use their imagination.

“This has a much more demanding participatory element that I think people really appreciate and they feel like they are in on it," Watanabe said.

Browsing through the titles, Loewenberg sees the library as their contribution to theatre history -- a way to preserve the material and expose it to a much wider audience.

“There are many people who have never seen a live show.  They don’t have access to theatre," Watanabe said. "That’s the beauty of it. You can enjoy theatre any time, any place, anywhere when it’s an audio recording.”

Giving new meaning to the Bard’s famous line “Lend me your ears.”

For information on LATW's Live in LA Series, click here.