Actors Tell True Stories of Refugees in "The New Colossus"

CULVER CITY, Calif. – Suitcases packed with dreams and desperation. Each one in front of an actor portraying a refugee in flight. But these aren’t just any stories they are telling. These are the stories of real people, in most cases, people in their own lives.

“I am telling the story of my mother," said actor Paulette Zubata. Her mother was the oldest child in a large family. In 1993, she left Mexico and headed to the United States to find work in the fields.

“It was the ultimate goal, the ultimate dream," Zubata said. "She was given a postcard with a phone number on it and that was it.”

On stage, Zubata is one of the few who doesn’t have a suitcase. Instead she has a backpack to represent her mother's mochila, which is all she carried on her journey across the border.

“She had a rosary, she had a postcard with a phone number on it and she had a sweater," Zubata said. 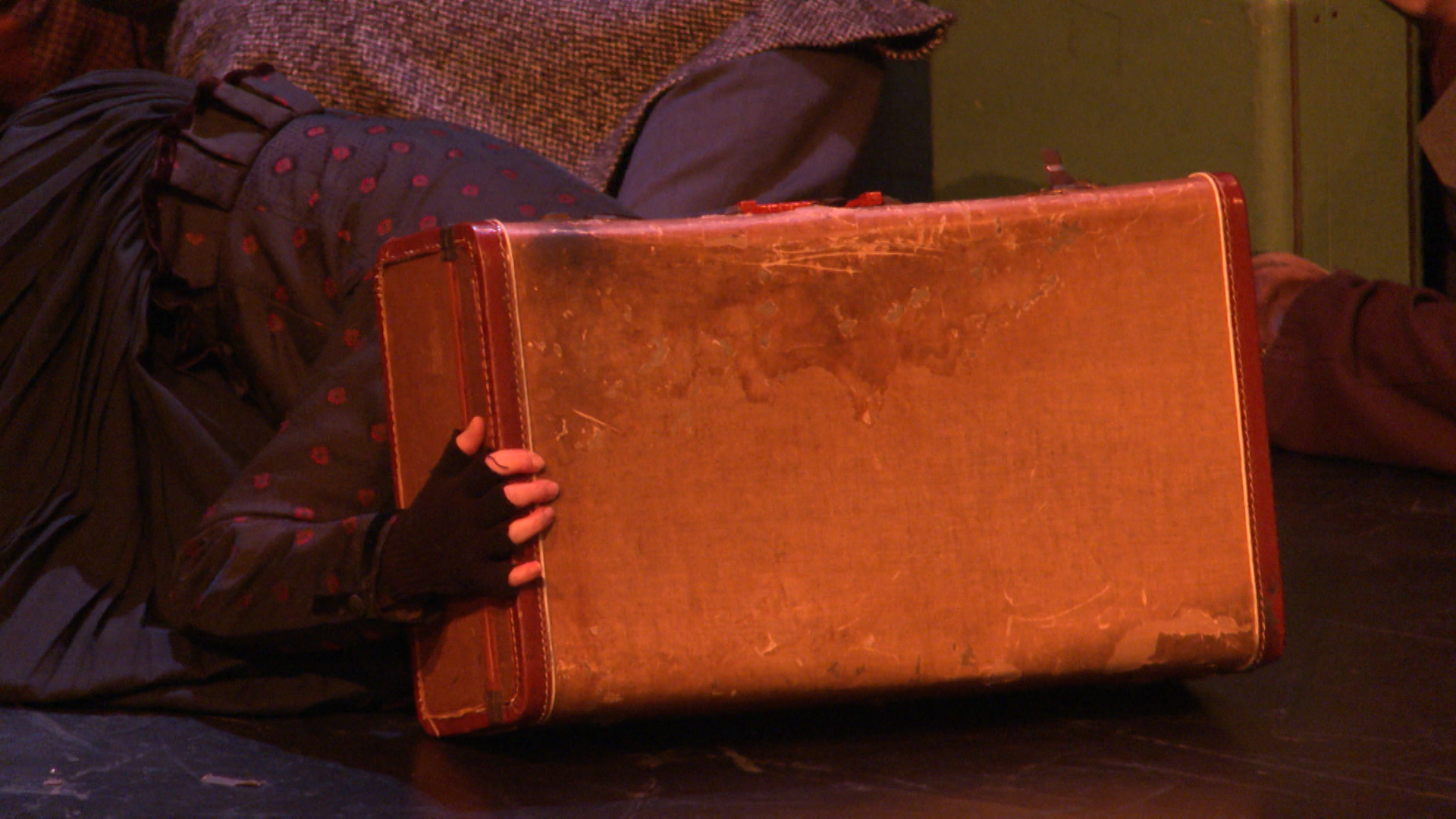 Quonta Beasley has even less. She clutches a canvas sack as she portrays a character she based on one of her ancestors from generations ago.

Details are few, but from what Beasley knows, her aunt was sold into slavery and brought to Arkansas. Following the Civil War, she fled to the North. Beasley infused her story with details she researched from the time to tell a larger story of the African American experience during the Reconstruction.

"Everything she had to go through," Beasley said. "Running, people being killed around her, things being set on fire."

The New Colossus is a collaborative piece, written by Tim Robbins and the Actors’ Gang ensemble.  It’s told through movement as well as dialogue, which is in 12 different languages. While at times there are supertitles, the actors say audiences don’t really need them.

“I heard some people say, ‘you know, I don’t know what they are saying but I can feel it.  I know what they’re going through,'" Beasley said.

The original show debuted two years ago and since then, it’s been performed locally and internationally.  The cast has two performances in Culver City this week before they take the show on the road again to several U.S. cities.  They hope audiences will see past what can be a hot button issue and perhaps reflect on their own family’s journey.

“It’s just a tapping of the heart and an asking of the audience to remember where they came from," said Beasley.

As for Zubata'a mother, she has since become a U.S. citizen.  And she is seen the show.

“She is a woman of very few words and very rarely she tells me that she’s proud of me," Zubata said, "and that was one.”

She says she is proud of her mother, too, and honored to share her story.

The New Colossus, which is also directed by Tim Robbins, is running on January 14 and 15 at 8 p.m. Tickets and information can be found here.