Married Couple Stars Together in National Tour of "Frozen"

HOLLYWOOD, Calif. – They have stars in their eyes and not just because they are strolling hand in hand through Hollywood.

Actors Caroline Bowman and Austin Colby are two of the stars of the Frozen North American tour, which officially kicked off in early December at the Pantages Theatre. This isn’t the first time they have performed in L.A. Bowman previously took the stage at the Pantages in Evita. Colby appeared in The Sound of Music at the Ahmonson. But this time, they are here for nine weeks and they plan to soak it all in.

“I was just standing at Hollywood and Vine," said Bowman laughing as the pair paused at the famous intersection.

Bowman plays Elsa alongside Colby who plays Hans and every night their characters take audiences on an epic journey. But this is a journey for the couple as well.

The married pair packed up their New York City apartment and will be spending the foreseeable future traveling the country with the other member of their family, an 85 pound German Sheperd named Kodak. 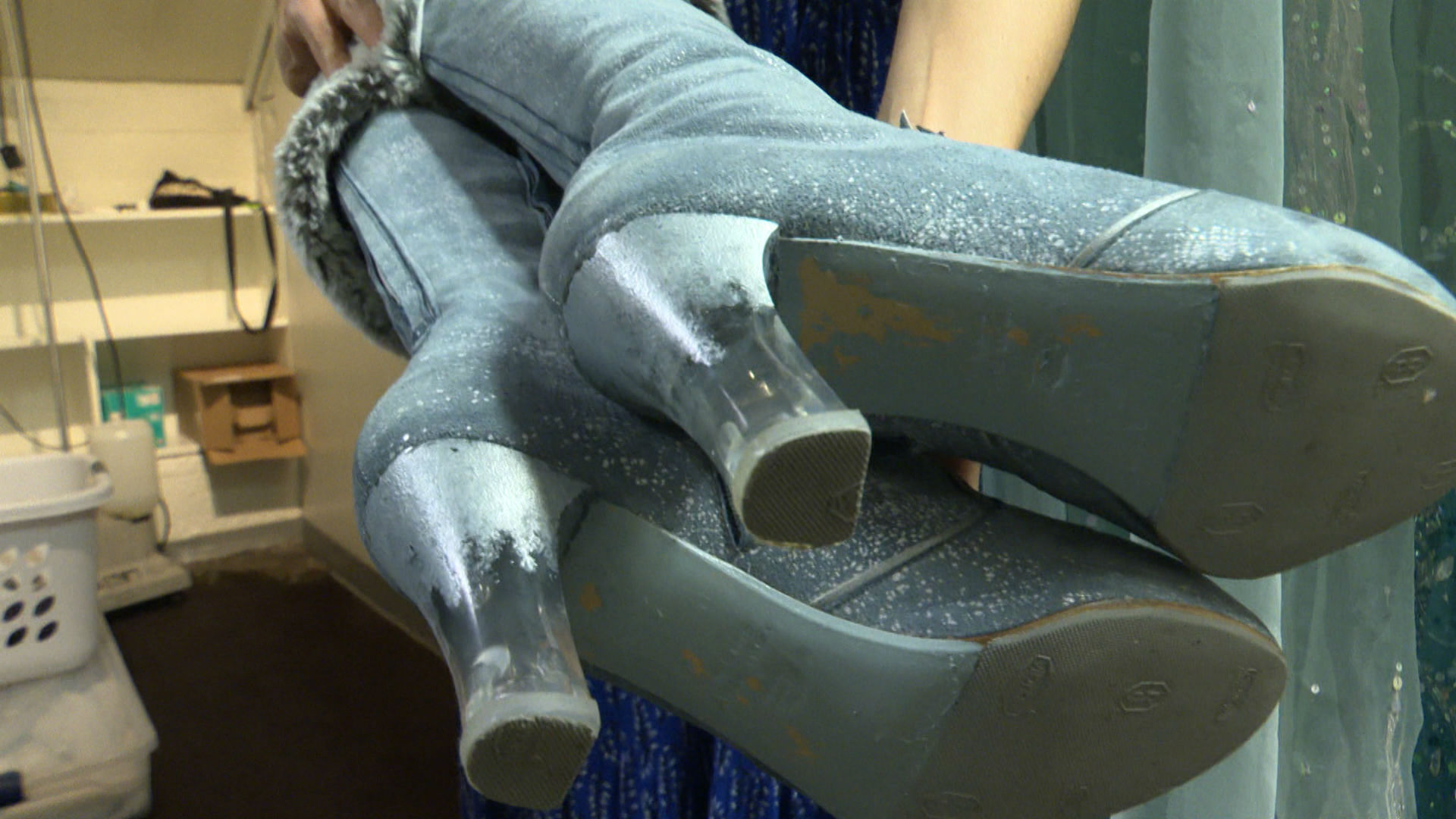 After spending the past five years navigating a long distance relationship, they realize how lucky they are to finally be working and living together.

“There aren’t enough words to describe how nice it to be together," Bowman said. "He is my home and so basically we have our home on tour with us.”

Bowman says the whole experience feels magical, thanks in part to the costumes, from her coronation dress to the details in her shows.

“I just love the ice heels," she pointed out.

Even her wigs are perfectly quaffed to achieve Elsa's iconic look.

“They have to re-braid this every day," said Bowman. 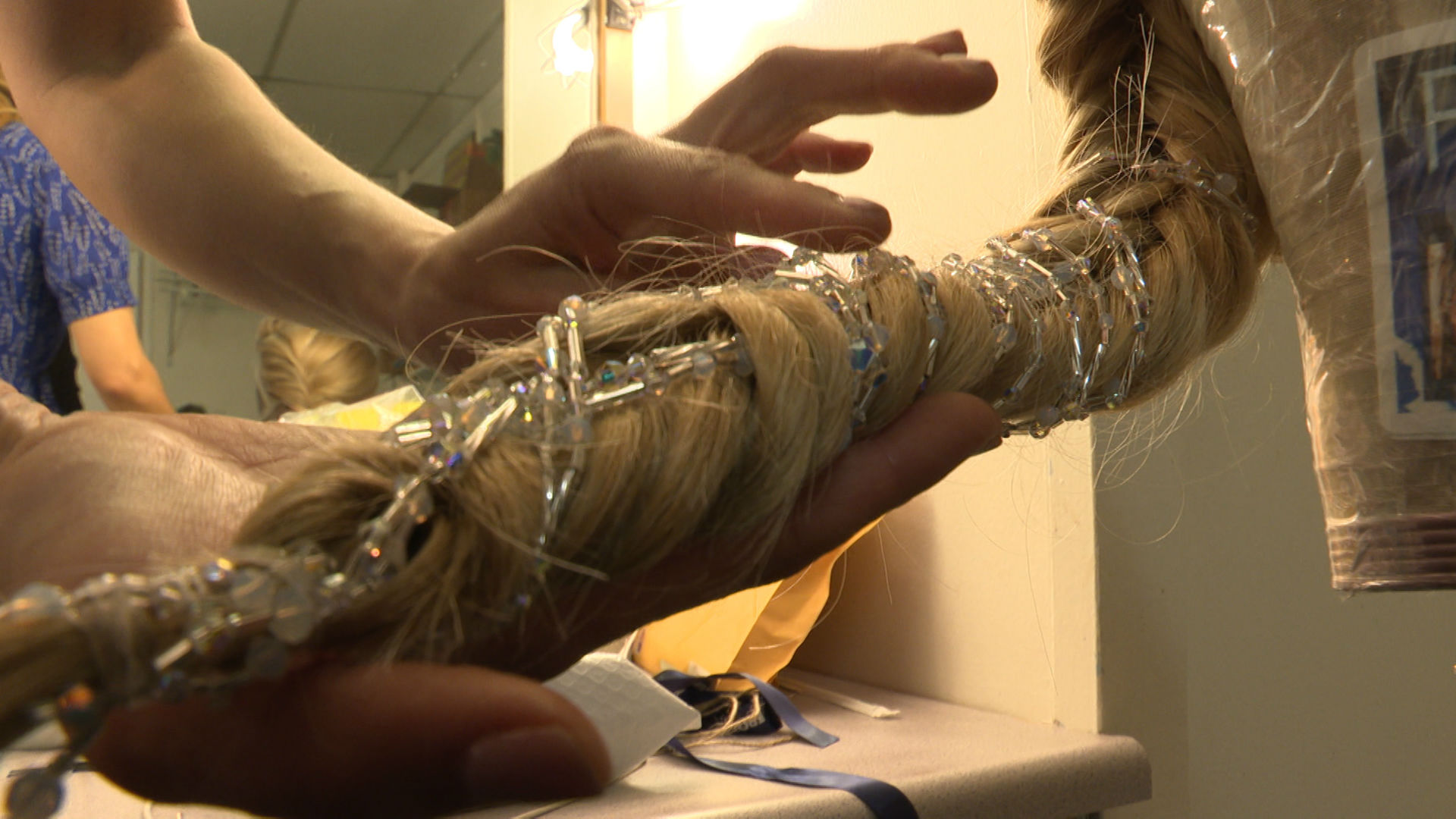 But best of all, she says, are the fans of all ages who come to the theatre dressed the part.

“It’s so inspiring to me to see little girls and boys dressed up like these characters and wanting to be like them," Bowman said. "I’ve never been in a show quite like this.”

She has also never seen herself quite as large as the massive artwork that adorns the theatre.

“Her talent is bigger," Colby added.

Big enough to follow in the footsteps of a Broadway giant, Idina Menzel, who voiced Elsa in the animated film. Menzel and co-star Kristen Bell recently received stars on the Walk of the Fame located just outside the Pantages.

“I like feel them," Bowman gushed as she stood over their names on the sidewalk, and then burst into song, serenading the stars.

At its heart, Frozen is a love story. For Bowman and Colby, this tour is part of their love story and they are cherishing every moment, on stage and off.

“I get to watch him perform every night," Bowman said, "and he has stayed on stage while I am singing ‘Let It Go.”"

“Because it’s so good," Colby said.

“We just are there with each other being each other’s champions as we always have, but now we get to be in the same show together," Bowman said. "It’s really pretty magical and we’re definitely not taking it for granted.”

Holding on to this experience and each other and never letting go.

Frozen is playing at the Pantages through February 2. Information can be found here. 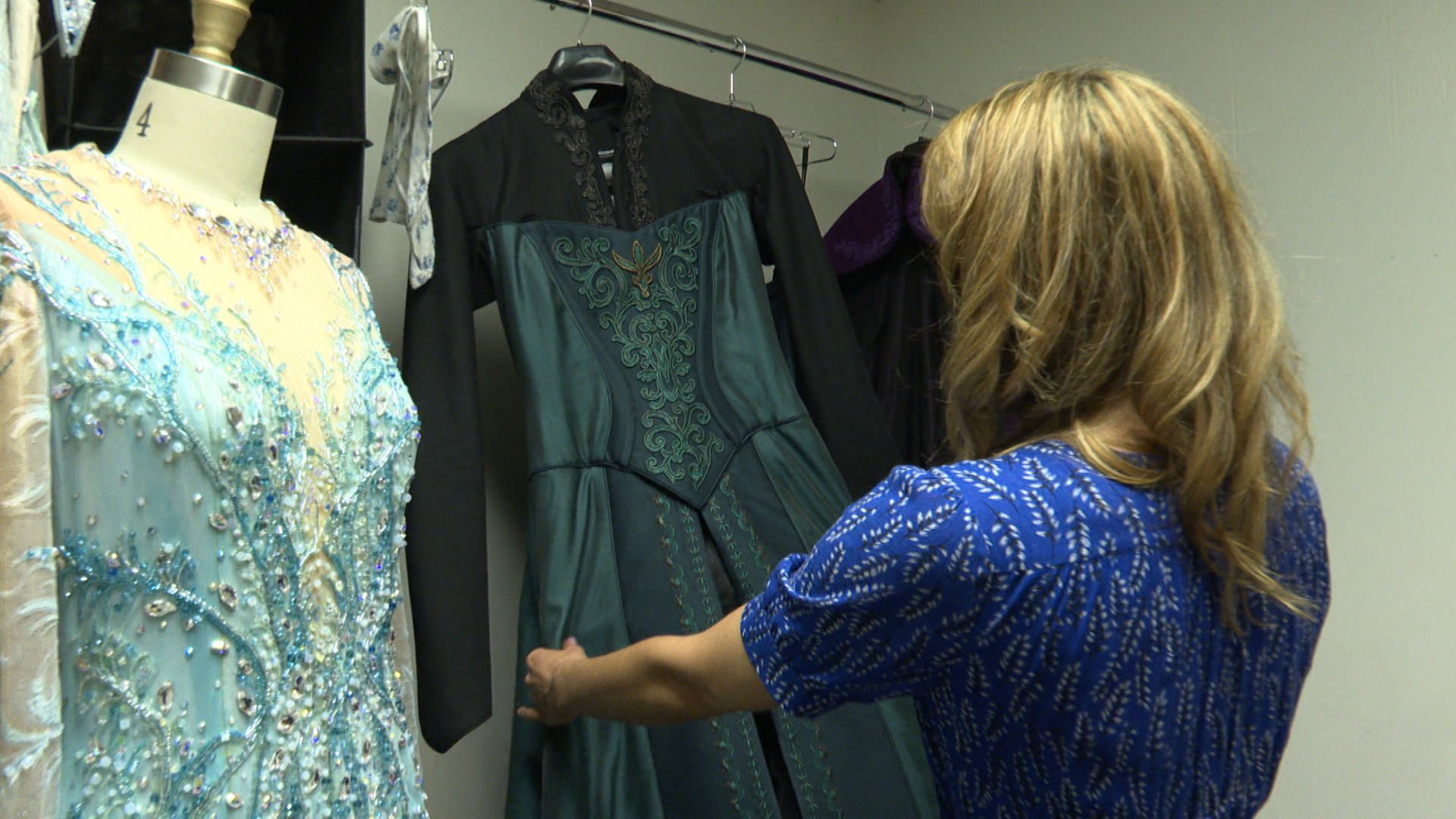