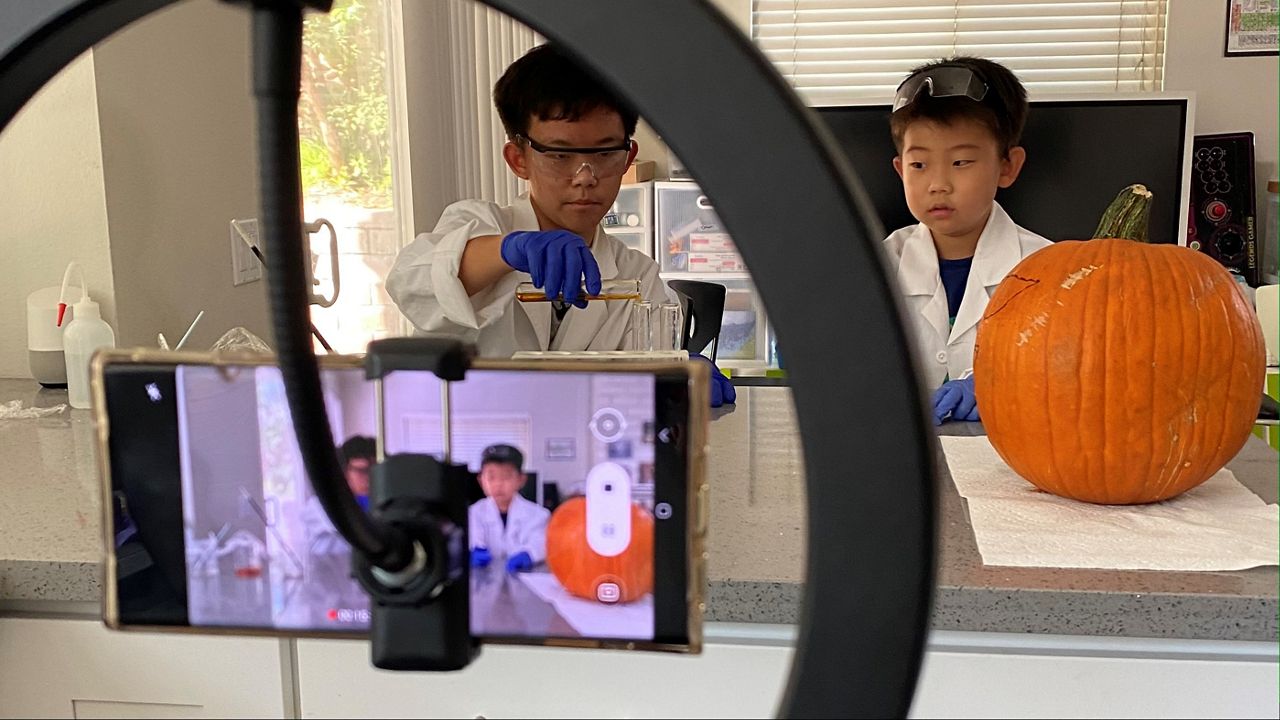 FULLERTON, Calif. — For many children in Ethan Cho's generation, protecting the environment is one of their top priorities. Fueled by his passion for chemistry, the 11-year-old wants to be part of the solution to climate change.

"If you use chemistry, you might be able to convert the harmful stuff into totally harmless stuff and even helpful stuff," he said.

Ethan said he's worried for kids even younger than himself, like his 6-year-old brother, Ryan Cho. His sibling often joins him on his YouTube Channel called Ethan's Laboratory, where he posts videos about AP chemistry and experiments.

"I'm hoping people can watch some of my videos and to know that chemistry can be in a way kind of simple and it can be used for fun things," Ethan said.

The Fullerton School District chose Ethan to be part of its Dream Catchers program, an initiative to highlight students who are taking learning beyond the classroom, impacting their community.

This week's subject is complexation, which the Cho brothers are demonstrating by giving their Jack O'Lantern a bloody look.

"What happens is the thiocyanate ions here and the iron (III) ions here. They're going to bind together to form a complex ion and it actually has a color similar to blood," Ethan said.

His passion for breaking down tough subjects so people can understand is inspiring to his peers and Fullerton School District Superintendent Dr. Bob Pletka.

"People underestimate our children and underestimate the great talents and skills that kids have and that they can bring," Pletka said.

Ten students in the district were chosen to be part of the Dream Catchers program this school year, but Pletka said every student on his 20 campuses is special and all possess talents.

"If we can provide to empower them, to provide those strengths and assets, that in some ways that also is incredibly healing. It's also something very important and builds a sense of confidence," Pletka said.

While Ethan is getting attention from the district, he said his first grade co-star needs a spotlight too.

"I think he's a really helpful partner and I'm really lucky to have him around," Ethan said.

Ethan is set to attend some classes at Fullerton College in the spring. He wants to become an environmental chemist to tackle climate change, but his next experiment will be attending college.

To watch Ethan's Laboratory, visit his YouTube page. To learn about the Dream Catchers Program, visit the district's website.