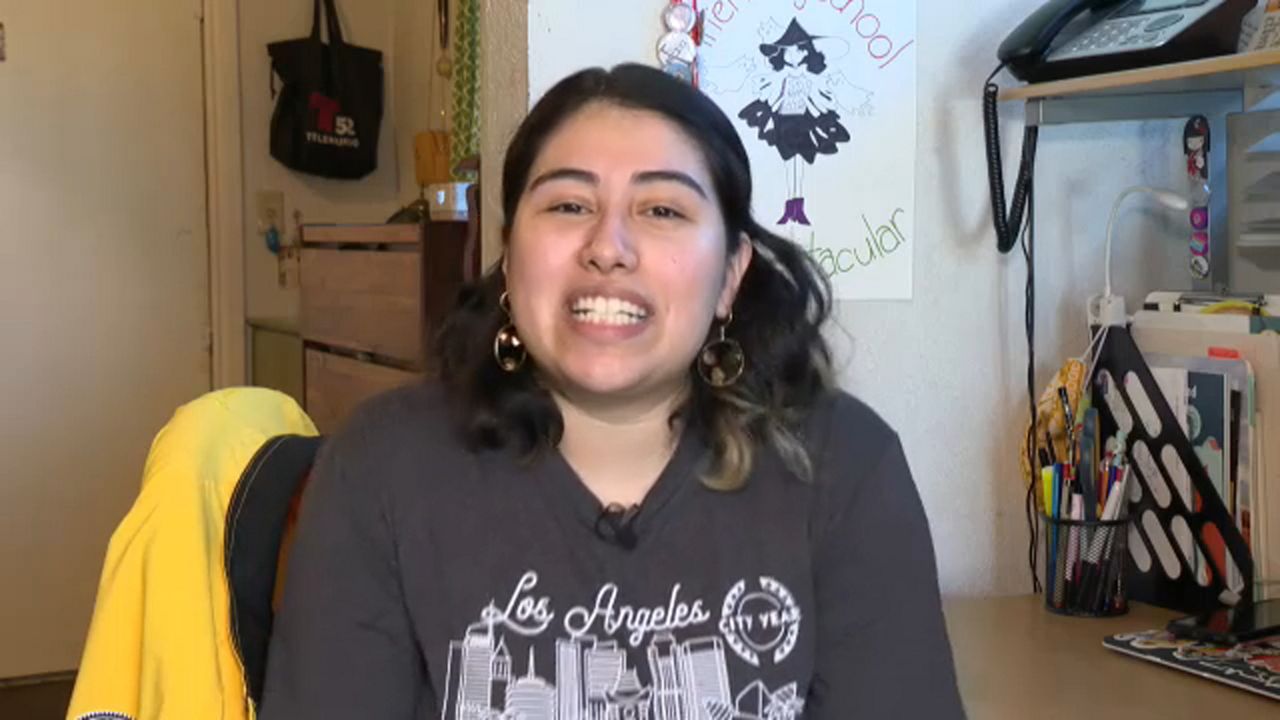 LOS ANGELES — As she sits down at her desk and gets to work for the day, the yellow jacket on Diana Correa's chair serves as a constant reminder.

Every time she sees the bright yellow color, Correa is taken back to her first memory of City Year, an organization she never thought she'd be a part of.

"We would sometimes make fun of them because we didn't understand why they were wearing yellow jackets all the time," Correa said. "We used to call them bananas."

That was back in seventh grade when Correa was a student at Stevenson Middle School in East Los Angeles. City Year employees wore yellow jackets.

"They would constantly be walking around, checking in, asking simple questions," she explained. "That's when I started noticing what they did and learned they were not just some weird banana people."

She may have been able to learn more about what the members did, but it never crossed her mind that years later, she'd be one of them.

After graduating college at Cal Berkley, Correa went on to work for City Year as an Americorps member, serving as a mentor, tutor and friend.

"A lot of us know and have lived that struggle," she explained.

"I personally want to give back, which is why I'm working at the school I went to."

The last year has played out a lot different than she and the organization ever imagined.

Typically, City Year corps members are embedded into the school community and serve as the backbone of the classroom.

This year though, as interim executive director Erin Ross said their service was different but perhaps more needed than ever before.

"It's vital," Ross said. "We know that just succeeding academically is not enough, and that really helping students feel confident, supported and seen is really critical."

They shifted their work entirely online, making the most of zoom sessions, breakout rooms, and after-school programming, pivoting everything about their organization, including fundraising.

"We are a private, public partnership but the bulk of our resources come from the private sector," Ross said. "We raise typically 25% of our revenue through this one night."

The fundraiser event called Spring Break will still go on this year, despite the challenges.

Through support from stars such as Miguel, Octavia Spencer, Regina King, and the Los Angeles Rams, the goal for the fundraiser remains the same — raising money to fund what Ross and Correa say is necessary for local students and staff.

"Especially in a year like this where everything has gone virtual, and they're alone," Correa said. "I think City Year being there for them is making them feel closer together, even though they are not actually around anyone."

Because whether it's during the school day, after class, or at an event, City Year's goal and focus are the same, providing constant support and service no matter what.