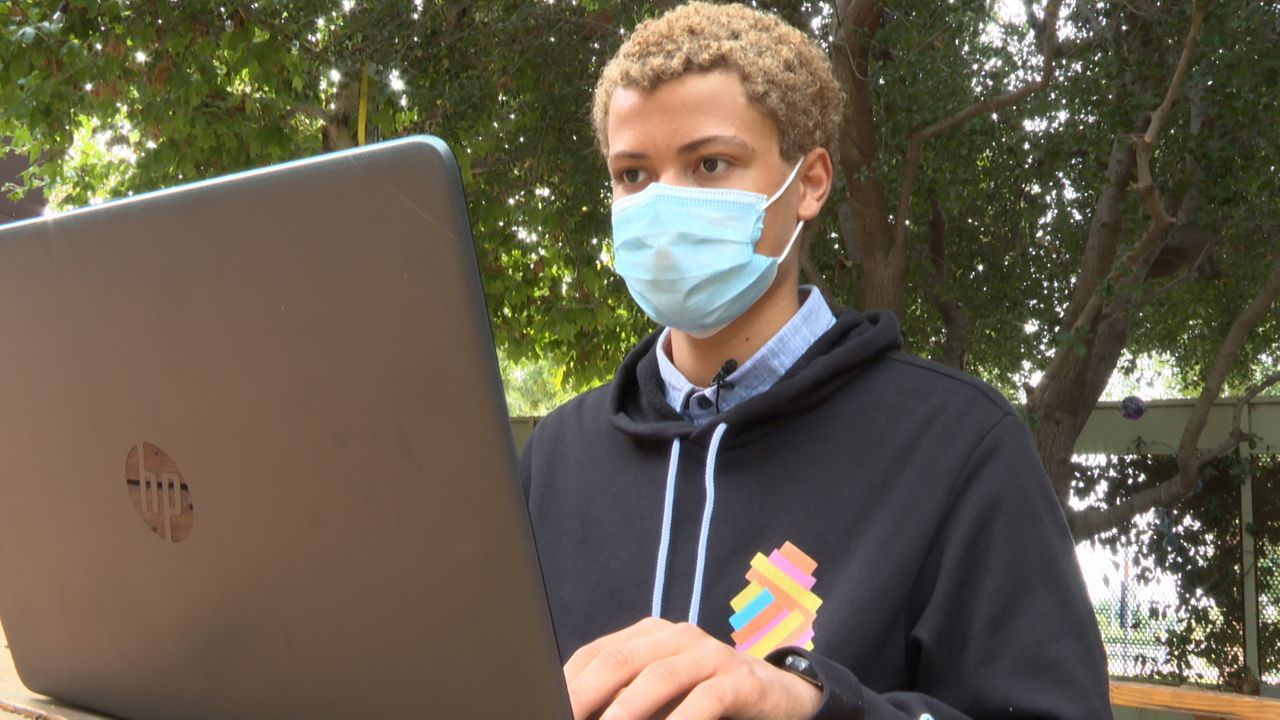 SANTA MONICA, Calif. — As ethnic studies will become a graduation requirement for California State University students in the 2024-2025 academic year, one private school in Santa Monica has been embracing what they call “authentic diversity.”

In June, anti-racism and police brutality protests sparked by the death of George Floyd flooded the streets throughout Southern California with chants of “no justice, no peace” and “Black lives matter,” as protesters cried out for systemic change.

As a half-black, half-white teen, Mateo Colbert believes that without understanding what different cultures and races go through, it will be difficult for people to understand each other.


"I don’t think we have enough cultural understanding during this time," Colbert said. "If we did, we wouldn’t be seeing everything that’s happening. We wouldn’t have all these injustices."

That’s why Colbert takes an active role at New Roads School in Santa Monica’s Black Student Union, Speech and Debate team, and classes that explore different histories and cultures like his class on modern Middle East. All of these outlets are opportunities that are helping Colbert see the world from a new lens.

“I think it’s very important to learn about other cultures because, from there, you can understand a person,” he said.

Colbert’s school strives for what they call "authentic diversity" — a term New Roads believes can only be achieved by having over 40 percent of their teachers, students, and administrators represent people of color. A research review by the National Education Association found that “the overwhelming and most consistent finding is that, in most studies, such courses have a positive impact on students’ development of democracy outcomes.”


Having this type of diversity is why Luthern Williams, Head of School at New Roads, believes they are able to teach as a socioeconomic, diverse, and culturally integrated school.

Through various conversations on politics, immigration, and racial adversities, Colbert was able to find his own voice in the process. “A big part of coming to realize my identity and who I am is being able to voice my ideas and voice my perspectives,” he said.

As a senior, Colbert might not have his future planned out yet, but he’ll continue to learn from others so he can have a better understanding of different perspectives.