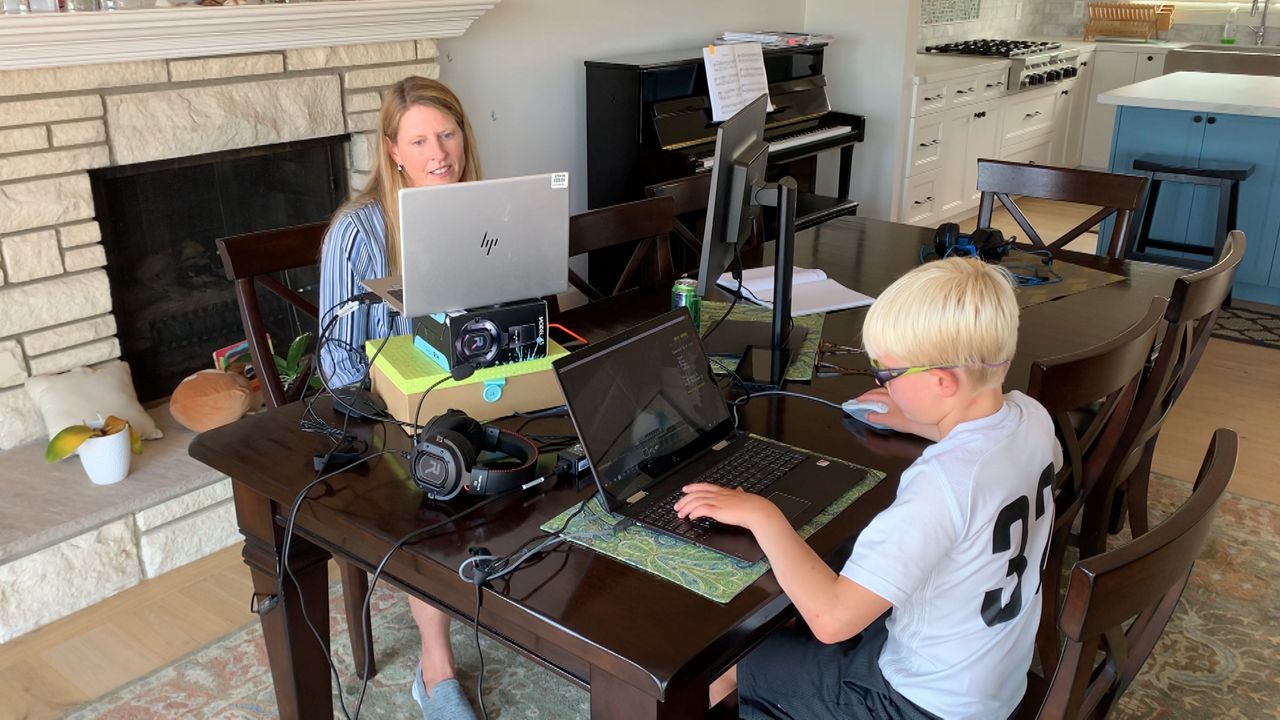 LA County Will Not Consider Any Waivers for Schools to Reopen

LOS ANGELES – Children will start the school year at home, huddled over laptops, sharing the dining room table with parents who are also working remotely.


This is not how Kathryn Hospodar wanted school to look in the fall, but she said, she doesn't have much of a choice.

“I feel resigned that, oh this is it. I better prepare," she sighed.

As the mother of two boys, she’d been holding out hope that the Catholic school they attend in the South Bay would be able to reopen for in-person instruction. The boys' school has a comprehensive plan, she said, for keeping the students socially distanced.

There would still be options for parents who preferred remote learning or a hybrid plan, but she felt confident that her 4th and 6th graders would be safe, even better off, back in the classroom.

So did Stephanie Bezner, a mother of two young girls in the Palos Verdes Peninsula Unified School District.

“The schools weren’t planning on putting a bunch of 6-year-olds into a dog pile," she said. "They were having social distancing.”

When it seemed to Bezner that her local district wasn’t going to try for a waiver, she decided to look at a private school that was planning to offer 100 percent in-person instruction. Now, even that is seemingly off the table.

The state suggests waivers not be issued in counties where the case rate is higher than 200 cases per 100,000 residents.

In a statement Tuesday, the department said: “We know that to many families, this is a disappointing announcement, but it’s based on the existing science and data that is guiding all of our decision-making.”

“I’m really frustrated because I feel like it is an attempt to shut down private schools that are smaller and nimbler and were preparing to file waivers," she said.

Waivers or no, she’s still planning to enroll her kids in a private school because she thinks they are more likely to fight to reopen, and take that fight to court if necessary.

"I don’t expect them to be able to open in 19 days," she explained. “I think that they are more likely to open sooner."

Bezner is a practicing lawyer and her husband is a teacher with LAUSD. Their children are starting kindergarten and second grade so they are not fluent in the technology needed for remote learning.

"Any time on the screen requires assistance from us," she said.

Hospodar, an engineer, said it's challenging for her household as well, with two working parents and two students vying for workspace.

She’s been closely following the data, even going so far as to create a spreadsheet where she compares the daily numbers.

One piece of the puzzle that's missing, she said, is the transmission rate from children to adults.

She would like to see the county focus specifically on that.

“If we can get that data and show that parents and teachers don’t really have a high risk of catching coronavirus even if kids have it asymptomatically, then we would all feel safe with opening the schools again," Hospodar explained. "It’s very detrimental to the students to lose out on social and educational opportunities.”

As the first day of school looms, both moms said the county’s blanket decision to deny waivers fails to make the grade with them.

They’d rather see a case by case approach and neither is wavering in their belief that the best place for their children to learn is in the classroom.