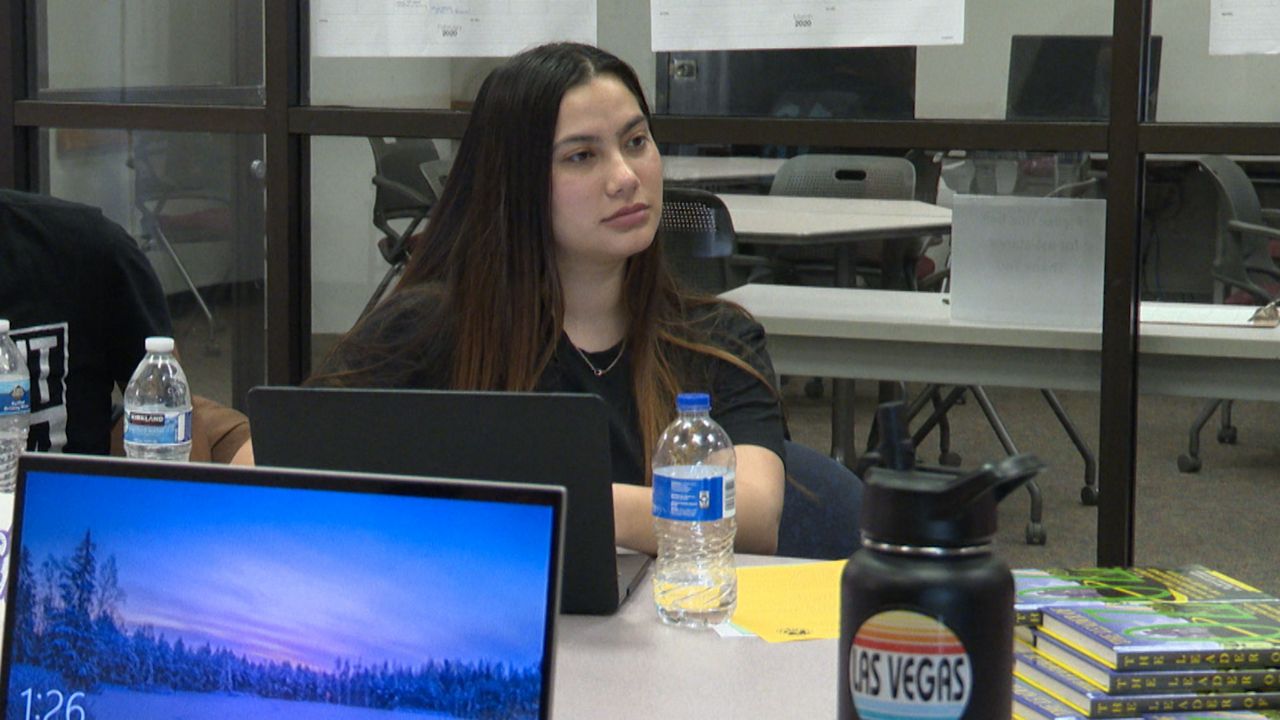 HUNTINGTON BEACH, Calif. – Letting money go down the drain isn’t something Danielle Mar is willing to do when it comes to washing her family’s dishes and her college education.

“Both of my parents are retired so there’s not a lot of money come in right now. I don’t want to have to ask them to pay for any of my things and so far I haven’t,” says 19-year-old Danielle Mar.

She has heard about the $1.6 trillion Americans have borrowed in federal and private school loans for higher education and she doesn’t want to be a part of that statistic. So instead of attending a 4-year university after graduating from high school, Mar decided to go to Golden West College, a community college.

“Hopefully that’ll help me save the money that I need to get into those universities and be able to pay for that tuition and not really having to worry about which university I can go to because of the money,” says Mar.

She also took advantage of her school’s Golden Promise Program once she saw a flyer on campus promoting it.

“The Golden Promise grant so far has probably saved me around $2,000,” says Mar.

The Golden Promise Program waives a year’s worth of tuition and all student fees for first time college students, whether they have recently graduated from high school or took a long break. The school will pay for the second year if qualified students keep up their grades and go to school full-time.

“It’s a partnership with the state’s chancellor office and they awarded us with over $800,000 this year. So in total we have over a million dollars to offer our students,” says Dr. Claudia Lee, Vice President of Student Services at Golden West College.

Dr. Lee has worked for Golden West College for the last seven years. She says she worked at other universities, both public and private, before working at a community college. She chose to work at Golden West College because she believes in its mission of creating equal access to education for all students.

“The funding available through the Golden Promise Program allows students to focus on school so they don’t have to worry about getting a part-time job or other things to supplement their costs for attending college,” says Dr. Lee.

She says it is the college’s way of really thinking and caring about their students.

“Not only are we thinking about our students for the time that they’re with us, for the two years that they’re here, but to leave Golden West College with zero debt and to move on to their transfer institution or career. They understand that they are completely free of any debt owed to the college,” says Dr. Lee.

Not having to worry about the costs for her education at Golden West College, Mar goes to school full time and is involved in her honors society club on campus called Alpha Gamma Sigma.

“It allowed me to be able to choose the kinds of classes that I want to take and it doesn’t limit me. If I wasn’t approved for the program, then I would have to pay for my classes and I most likely wouldn’t be able to take five classes a semester,” says Mar.