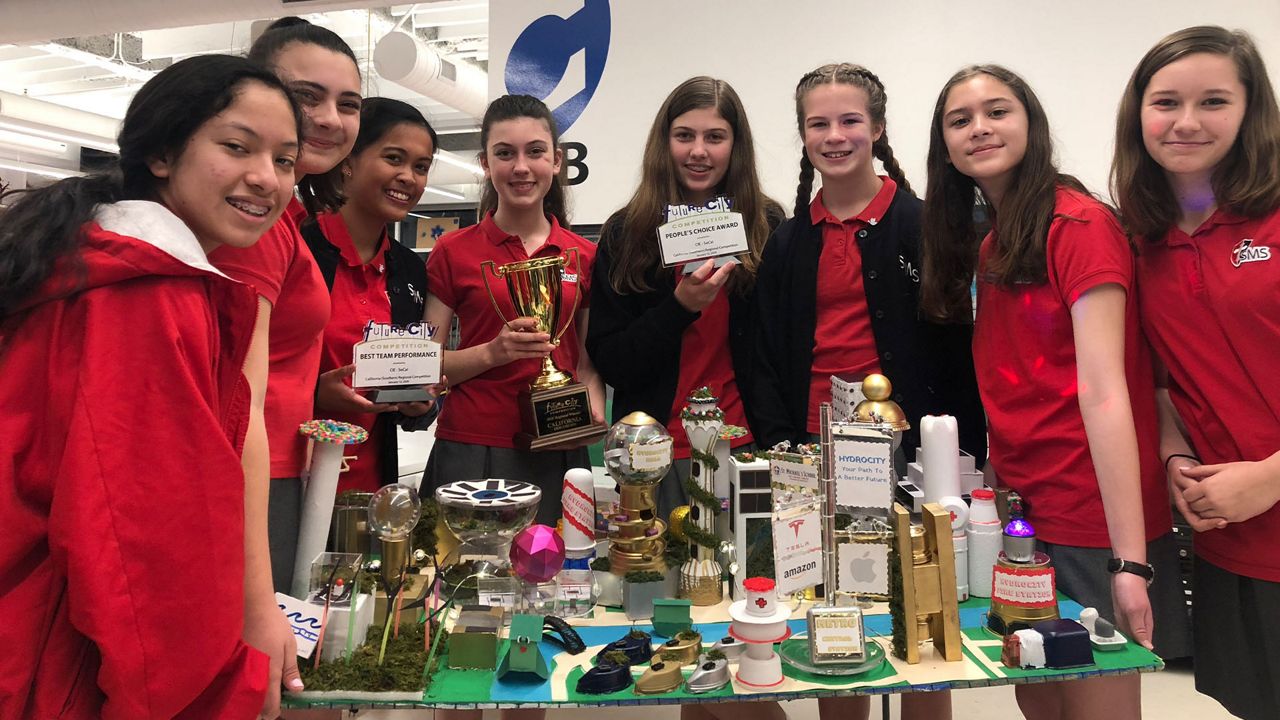 LOS ANGELES — Want to take a look into the future? The SoCal portion of The Future City Competition (organized by DiscoverE) was recently hosted at the Milken Community School in Los Angeles.

Twenty-nine teams of students, grades 6 to 8, got a chance to show off their ideas for how cities of the future might be designed, incorporating this year’s theme of “Clean Water: Tap Into Tomorrow.”

Izzy, one of the members from the Mirman School team, said there were some nerves as they presented to the judging panel, but all seemed to go well.

“I was really happy that they asked us about the sense of community and about how we are susceptible to flooding,” said Izzy. “We were really prepared for that because we did a lot of research, especially, for example, in [cities like] New Orleans, to see how real cities react to that.”

The twenty-nine participating teams represented a wide variety of design ideas that incorporate sustainability and a high level of environmental consciousness.

“The problems that we were worrying about the most,” said Izzy’s teammate Russell, “we were trying to eliminate all of our waste, like producing power waste, and trying to become 100 percent Green City. And I think we found viable solutions that we implemented in our model.”

Although the contest platform is urban design, students are also learning how to work in teams, do research and technical writing, increasing awareness of community and business issues, and of course, how to present their ideas to the public.

“Who's going to solve our climate change issues?” asked Deborah Orlik, manager of the Fab Lab at the Milken Community Schools. “It's going to be these kids, and if you start out when you're 10 or 12 learning about this stuff, it's going to go with you your entire life, and it's going to have meaning for you.”

Only one team will be chosen to go on to the Future City Competition finals in Washington, D.C. this February, but win or lose, for all the participating students, this was a learning experience they will carry with them for the rest of their lives.

Update: The winning team was announced as St. Michael’s School from Poway, California. They will go to Washington, D.C. in February to compete in the national level of the Future City Competition.