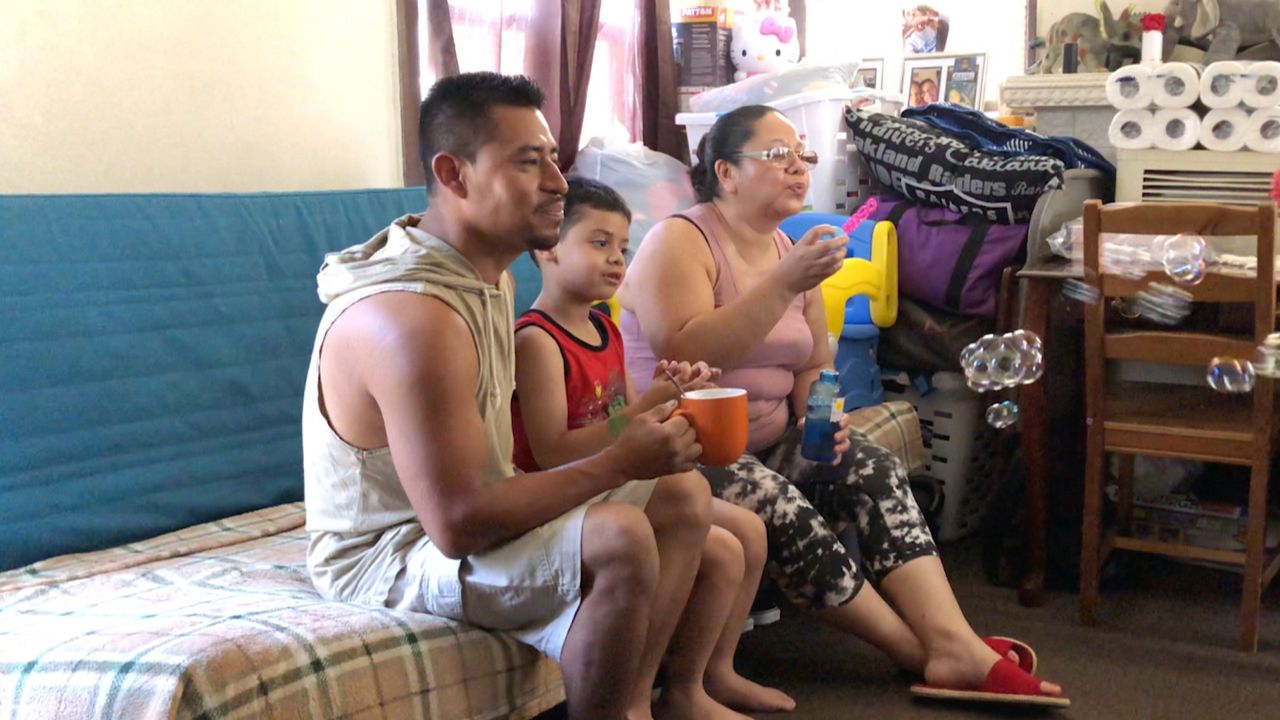 Southeast L.A. families like Alberto and Angelica are facing the challenges of layoffs and cut wages amid the coronavirus pandemic.

HUNTINGTON PARK, Calif. - It had been quite a few years since Huntington Park resident Angelica last made her special sweet bread. “I was trying to sell lotions and they weren’t selling, and then I remembered that I know how make this bread,” she said.

Tough times have forced Angelica to get resourceful, and these little breads are her way of bringing a few dollars into her Huntington Park home. “At three per bag, I’ll be able to make 10 or 11 bags,” she said.

The money will help her husband Alberto and their grandchild, Cesar, who they’re now raising on their own. The need for their family is great because Alberto was laid-off in March due to the shutdown, and has had little luck finding a new job.

“Since I can remember, this is the longest vacation I have ever had," he said. "I’ve never been jobless for so long.”

He laughs about it, but confesses that he is nervous, depressed, and concerned about the future. “In terms of savings we have nothing, and we are two months behind on rent," he added.

Angelica and Alberto are hardly alone. Seven out of 10 residents of Southeast Los Angeles County have lost their jobs or had their wages cut during the pandemic, according to a Cal State study by the Pat Brown Institute, and 40 percent have less than $500 in savings. The study also found that 41 percent of Southeast L.A. residents are working outside the home. But to Elizabeth Alcantar, the mayor of neighboring city Cudahy, the findings weren’t a surprise because they reflected her own family.

“My parents, who are both grocery store workers in different departments in different stores, have been working throughout the pandemic,” she said.

In response to the need, Alcantar revealed Cudahy is delivering food to residents twice a month, and making care packages for children and pets. She assures that more is in the works.

“As a council, we voted in rental assistance, so people will be able to apply," Alcantar said. "That’s not just here in Cudahy, but also in the City of Bell Gardens, and you’ve heard the City of L.A. is also doing it.”

Rental assistance and food will all be critical to keeping these Southeast L.A. families in their homes, but until the job market rebounds, Angelica will keep making her sweet bread.