Rendering of the ocV!BE development around the Honda Center in Anaheim. (Photo courtesy of ocV!BE)

Earlier this week, the council unanimously approved Henry and Susan Samueli's project called ocV!BE - a massive mixed-use development and entertainment district surrounding the Honda Center and across the street from the Anaheim Regional Transportation Intermodal Center.

The Samuelis are the long-time owner of the Anaheim Ducks and recently struck deals with the city to manage the Honda Center and ARTIC.

The council will hold a second vote to finalize the approval on Oct. 4.

"We thank the Anaheim City Council and City staff for their strong support of our vision for ocV!BE and our continued partnership with the City of Anaheim," Henry and Susan Samueli said in a news release. "We look forward to starting construction soon on this important community asset that will showcase Anaheim and Orange County while also providing world-class entertainment and offerings for local residents, visitors and our Anaheim Ducks fans."

City officials said they could see the developer breaking ground by year's end and begin significant construction in 2023.

The goal is to be ready before the LA 2028 Summer Olympics, where the Honda Center will host nations worldwide competing in volleyball. 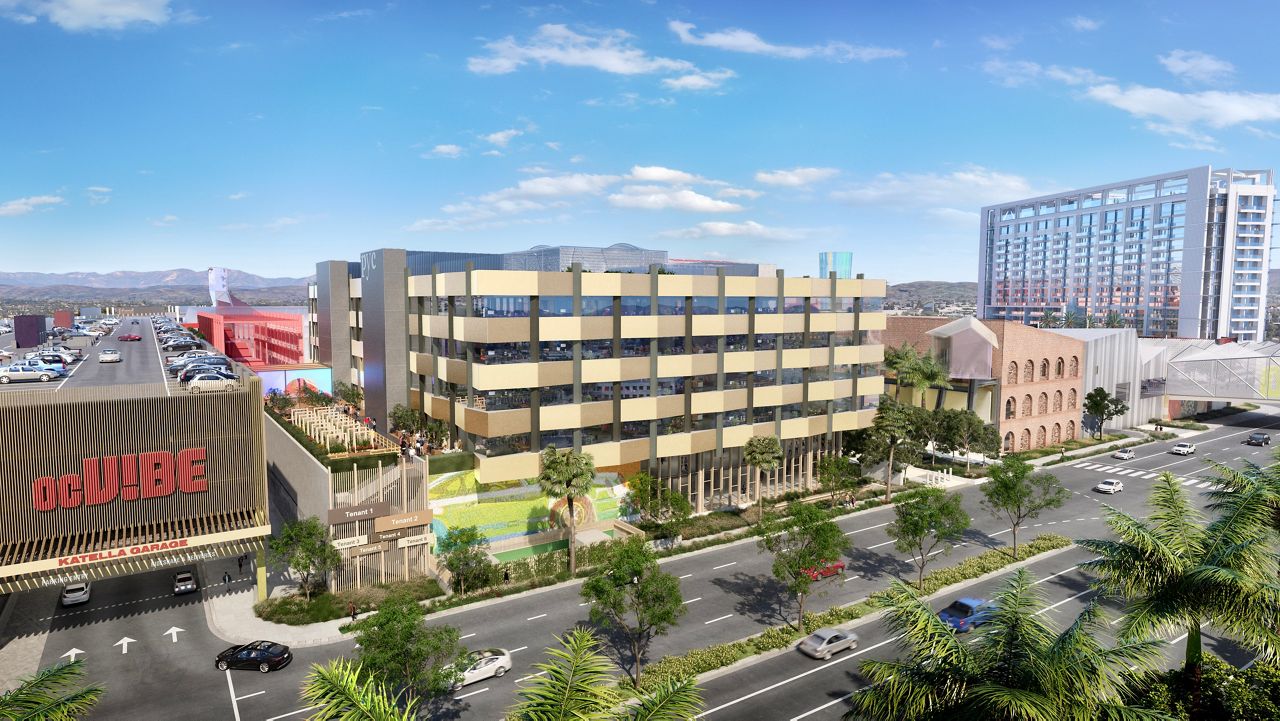 Rendering of ocV!BE in Anaheim. (Photo courtesy of ocV!BE)

The ocV!BE development will be nearly 100 acres of new offices, apartments, entertainment, retail, restaurant and park space anchored by the Honda Center.

The Honda Center will also get a $390 million facelift and the ARTIC transportation center $60 million in upgrades.

City officials envision a place where residents and visitors can enjoy a game or concert at the Honda Center, shop at a farmer's market, eat at a food hall, drink at craft breweries, and lounge at rooftop bars.

"What's not to like about this project?" O'Neill said during the meeting. "We're bringing almost $10 million in new projected annual revenue for the city to be put towards things like public safety, neighborhood investments, and other community benefits."

O'Neill said upon build-out, ocV!BE would be a world-class destination in the city's growing Platinum Triangle district.