LOS ANGELES — The circus is coming to Dallas — not the Ringling Bros. kind, but a new type of high-tech micro-amusement park.

The company will set up shop inside a 38,000 square feet space on the shopping center's second floor, said Andy Levey, marketing director at Two Bit Circus, to Spectrum News.

"[Dallas] was always a target market for us," said Levey. "We had a great opportunity and partner and a great location. We had planned expansion early on, but everything happening with the pandemic slowed those plans down. But the business is booming. We want to start capitalizing and moving on to a new era."

After navigating through the challenges of the coronavirus pandemic and pandemic-related closures, things are looking up for Two Bit Circus. 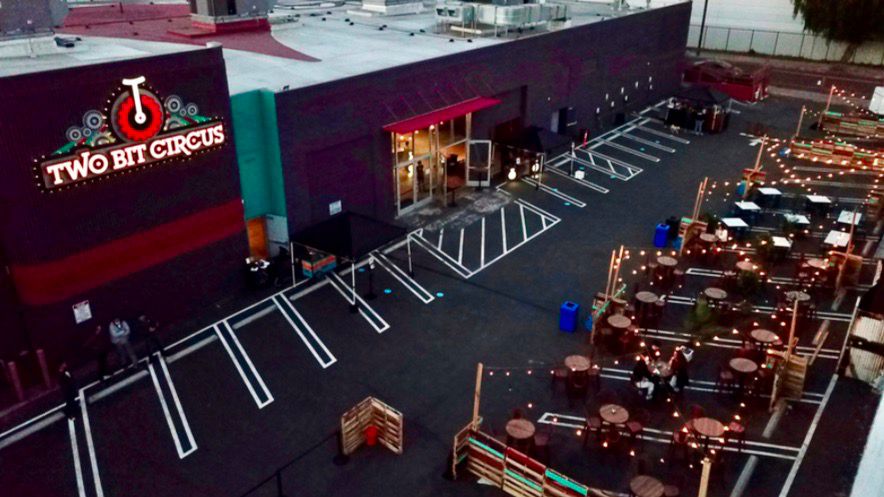 When the pandemic hit in March 2020, the company had to close its physical location for more than a year.

"We knew the second week of March that things would be bad," said Levey. "First, we closed for a few weeks, and then [pandemic-related closures] kept getting extended. The news kept getting worse and worse."

Levey noted that after the first month, they had to pivot. But how do you bring a micro-amusement park online?

"We were like, 'What's the plan?'" he said. "How do we push our business forward? If we're not a physical location or can host people, what can we do."

With many of their customers now working remotely, the Two-Bit Circus team took one of their most popular interactive social games inside the micro-amusement park and made it an online platform.

Called Two Bit Circus Remote, the new online live-streamed social game described as a mashup of classic TV game shows and a splash of bar trivia allowed people at home to get together in an online setting.

A Two Bit Circus host served as an emcee with a robot sidekick. The host would walk through the different challenges and ask trivia questions for those participating. Participants were able to engage in various challenges, and the chat features allowed them to talk and egg on their co-workers or other people playing the game. 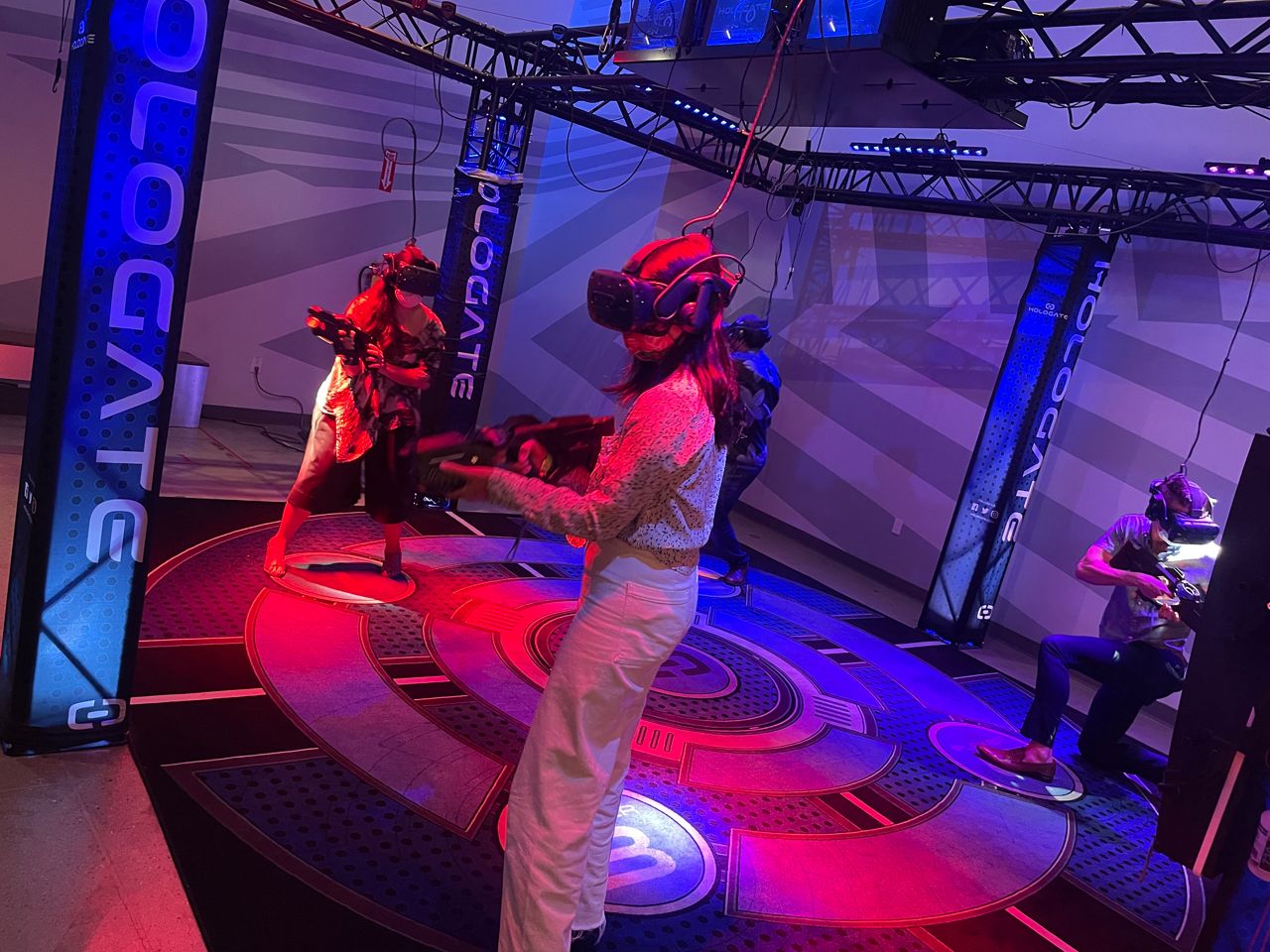 The remote game was a hit, said Levey, adding that they did more than 1,000 remote shows, including social parties and corporate events.

"That's how we stayed open throughout the pandemic," said Levey. "Instead of people coming to us because they couldn't go anywhere, we went into people's homes."

He said the cost of Two Bit Circus Remote ranges from about $20 to $25 each and continues today.

It's the end of an era. The final public Two Bit Circus REMOTE will be this Thursday. Join us! https://t.co/SjDxsX2Dvi pic.twitter.com/9eMUjyA7zz

Two Bit Circus reopened in April of last year, and slowly, attendance has picked up. Because of pandemic-related restrictions, the company created an outdoor patio and dining area and now has a reservation-based entrance system to monitor the crowds.

Levey noted that the company has also added new games such as a new escape or story room and a life-sized Hungry, Hungry Hippos game. He said he's noticed that there is a lot of pent-up demand. They are at about 90% of pre-pandemic attendance levels.

CORRECTION: A previous version of this story misspelled Andy Levey's name. The error has been corrected. (April 13, 2022)