Construction for $1.5 billion mixed-use skyscraper Angels Landing to begin in a year

MacFarlane said they hope to complete the project by the 2028 Olympic Games in Los Angeles. Handel Architects is designing the project. 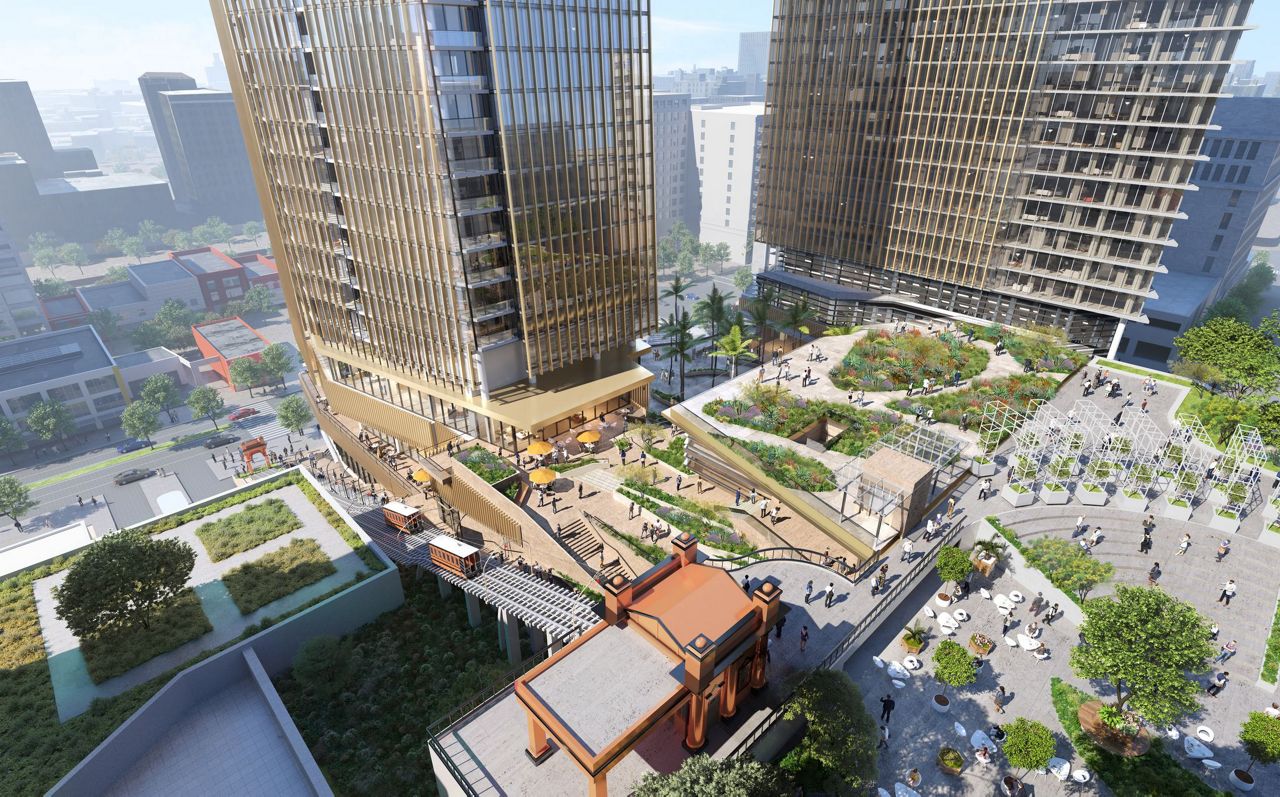 The Angels Landing development at Fourth and Hill streets sits next to the Angels Flight railway, a historic city landmark, in the Bunker Hill neighborhood of downtown.

The mega-development, which sits on an incline, will feature two distinguishable skyscrapers, one standing 854 feet and 88 stories high and another nearly 500 feet and 42 stories.

Once built, the 1.2 million-square-foot project on a 2.24-acre site will have two luxury hotels, condominiums, apartments, retail shops and restaurants, and even a charter elementary school. The site will also include a plaza with a privately managed park open to the public.

MacFarlane Partners, the Peebles Corp. and Claridge Properties beat out several big wigs in 2017 to develop the land owned by the city.

The joint venture developers have made diversity, equity and inclusivity top of mind as they develop the project, said MacFarlane.

MacFarlane said their team has committed to a goal of at least 30% minority and women-owned businesses for the construction of the project.

"All too many times, minorities and women have been left out of the economic world and real estate development," said MacFarlane. "We're making special efforts to make sure we're inclusive." 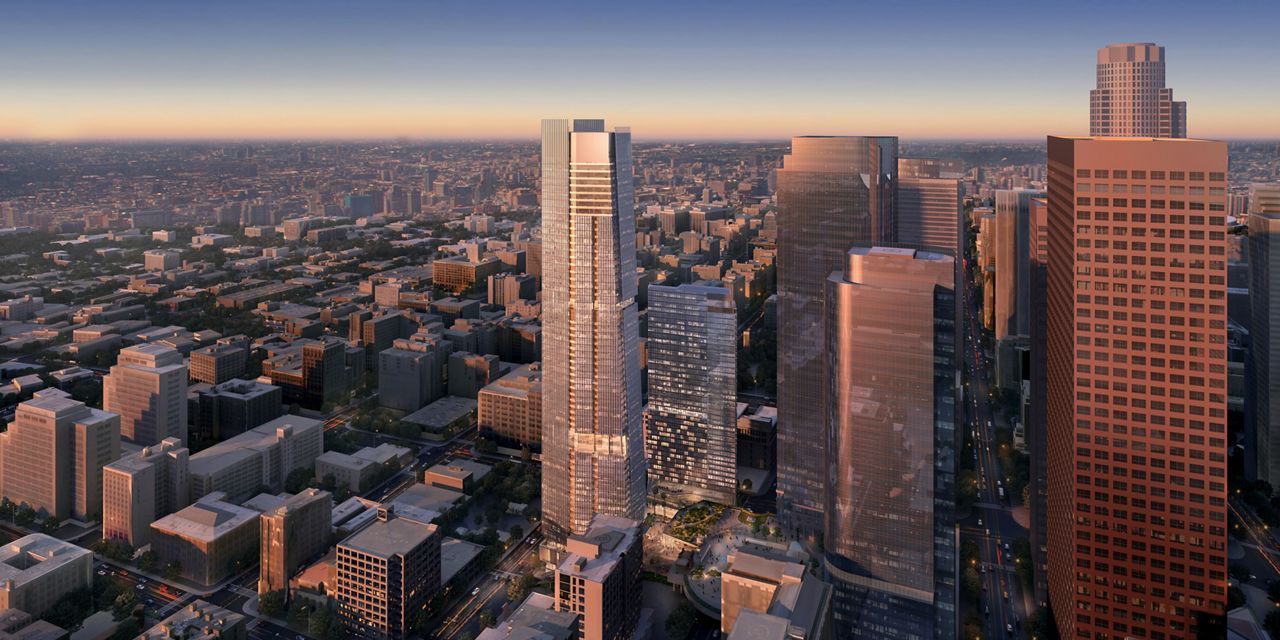 Their team has also committed to using union labor and reserving a certain number of apartment units as affordable housing.

The developers citing BJH Advisors, expect more than 8,300 temporary jobs to be created during the construction of Angels Landing and more than 800 permanent jobs once it is built downtown.

Initially, the developers had wanted to finish Angels Landing in 2024, but the lengthy CEQA process and the coronavirus pandemic delayed the project.

He said the rising cost and supply chain issue could be a problem, but they are committed to seeing the project through.

"Construction costs are ridiculous right now," said MacFarlane. "[Project cost] has probably gone up $100 million since the beginning of the pandemic."

Still, they have a vision of completing this project and showcasing it to the world at the 2028 Summer Olympic Games.

"We believe in downtown Los Angeles," he added. "We believe this could be one of the city's economic engines."