Duran walks hurriedly around a room inside the Pirates Dinner Adventure building and makes final preparations for his newest concept: a dueling piano bar show.

Duran, the general manager of the Pirates Dinner Adventure show in Buena Park, is seen arranging chairs and tables. He's laying out the 1920s-themed costumes his servers will wear.

Duran points to the two black grand pianos on stage as he walks around. And he yells in excitement when workers roll in a wooden armoire, which will serve as the doorway for the adult visitors visiting the new Beach Boulevard Club.

"This is going to be like a secret entrance," said Duran to Spectrum News during a tour of the new speakeasy cocktail lounge inside the Pirates Dinner Adventure building on Beach Boulevard in Buena Park. 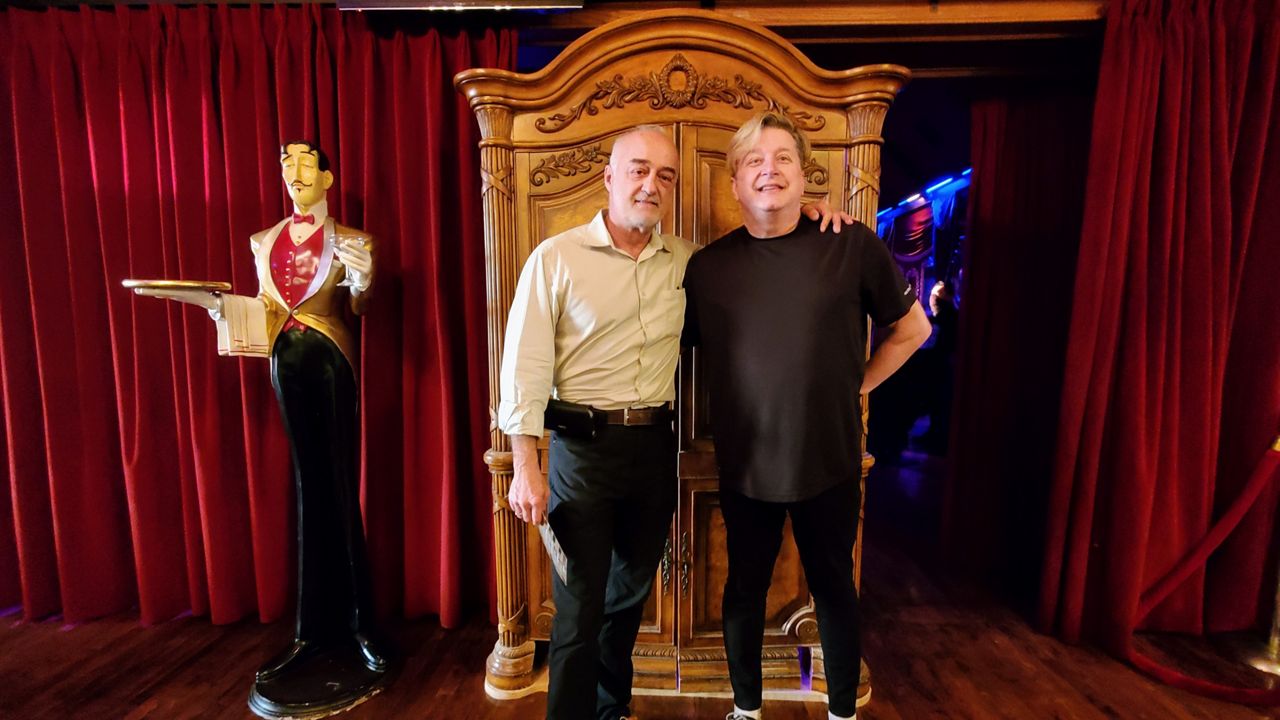 Visitors will walk through the wooden armoire between red velvet curtains to their seats and tables in a dimly lit room where two black grand pianos with a pair of glass tip bowls sit on the stage.

"I know this is going to be a big hit," said Duran, who has a similar show called Jewel Orlando in Orlando, Fl. "There aren't a lot of these shows around Los Angeles anymore."

Despite the coronavirus pandemic and surge of cases due to omicron, the show must go on, as they say in the entertainment industry.

Like many live entertainment programs, the Pirates Dinner Adventure, a pirate-themed live dinner entertainment act, was one of the most affected at the start of the pandemic. Because of government-mandated closures, the company had to lay off more than 200 employees in the first six months of the pandemic. And while things have been better since reopening in June 2021, they still face several challenges.

"We're like everyone else," Duran said. "We are experiencing staff shortages, getting employees back, and although Pirates has a capacity of 750 people, we're still following social distancing guidelines, so most shows are at about 400 capacity."

Duran said the Beach Boulevard Club is something completely different.

While the Pirates Dinner shows are for families with kids, the dueling piano show is for adults 21 and older. 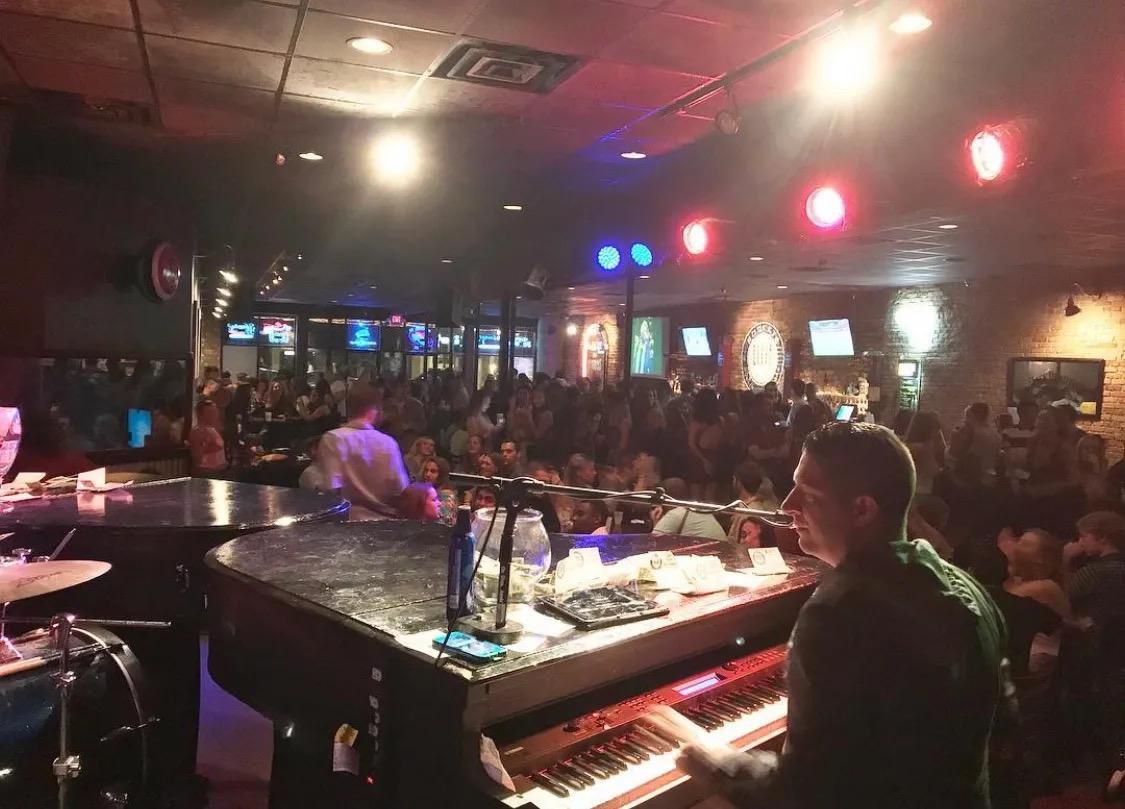 The dueling piano show will showcase two musicians sharing the stage, battling it out, and taking turns singing and playing music with the audience requesting songs.

"The shows are not scripted," said Jason James, one of the rotating piano players for the Beach Boulevard Club. "It's all spur of the moment and based on audience request. So you'll see us play a variety of genres from all decades from 1950s Elvis, Taylor Swift to rap and hip hop."

Each table will have a song request list, and audience participation is highly encouraged, James said.

"Once the audience gets into it, it's a lot of fun," James added.

The Beach Boulevard Club will open from 7 p.m. to midnight starting Thursday, Jan. 20, through Saturday. The dueling piano show runs from 8 p.m. to 11 p.m.

Duran said they will continue to take precautions and follow Orange County Health Care Agency guidelines. Masks will be required unless eating or drinking.

There is no cover charge to get inside yet, Duran said. The next few months will be soft openings to gauge the audience level and demand. Later on, the show will begin accepting table reservations. 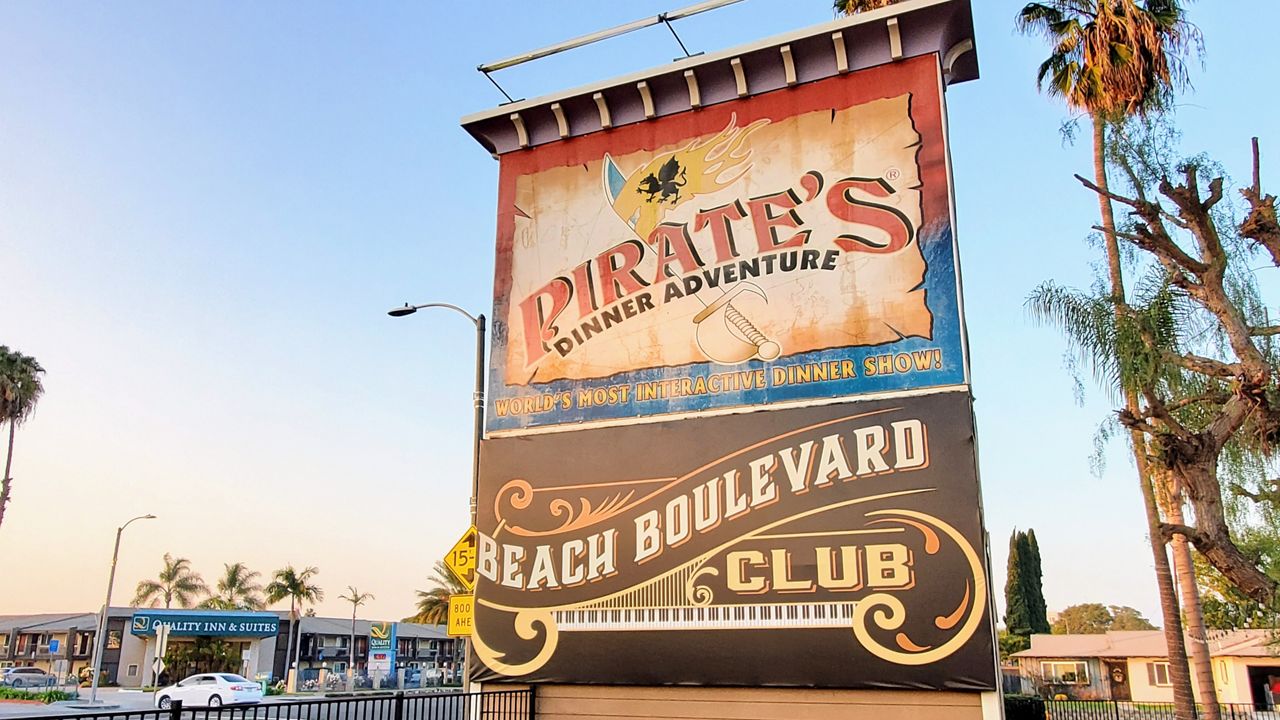 Visitors can order light appetizers such as onion rings and calamari or full dinner entrees like quarter roasted chicken with mashed potatoes and vegetables or pork loin with mushroom and Alfredo sauce. There will also be a full bar serving alcohol.

"The first thing I want to do is make sure that this is a good product," Duran said. "This weekend and next couple of weekends will be first come, first serve."

Duran believes people are ready to go out more, despite the pandemic.

"People are tired of being home," Duran said. "Our job is to entertain. There are many people out there who want to take a break. We want to provide them the best dinner and show experience in a safe environment."