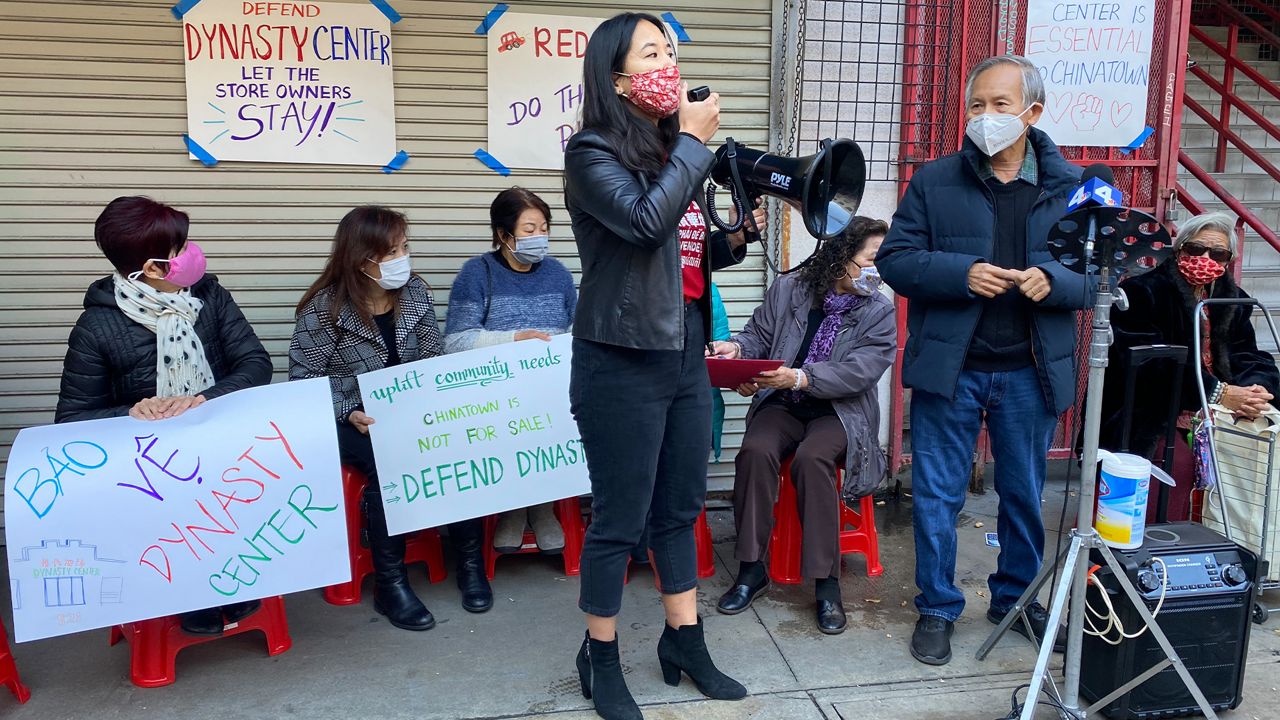 LOS ANGELES — She doesn’t make a lot of money, but Cindy Ho loves being the source of clothing and Asian cultural gifts like lanterns, lucky envelopes and other things that are hard to find outside of Chinatown.

Unable to speak in English, Ho says in Vietnamese that while she serves a wide range of customers, most of them are Chinese people who don’t feel comfortable shopping anywhere else.

Ho moved into this space in Dynasty Center a year ago after the building she was in for 16 years, called The Shop Plaza, was bought out by a company called Redcar Properties. Crews are currently converting the building into architectural office spaces.

Ho says she moved here not knowing that the same company would buy this building.

Afraid of losing her business, Ho and the other tenants who don’t speak English well are turning to organizers like Janis Yue from Chinatown Community for Equitable Development to stop what they’re calling the “gentrification of Chinatown.”

“Folks are incredibly resilient and when they feel a sense of collective power and that they’re not alone in their struggle, this power comes out from within. These folks are willing to fight to be here,” said Yue, a volunteer organizer with CCEDLA.

Redcar Properties hasn’t confirmed or announced its plans for Dynasty Center or the 100 shopkeepers, but some tenants say they’ve already been given one to two years to move out.

Ho is speaking up in the hope that it helps people understand that their shops aren’t just small businesses that help their families survive, they’re a part of Chinatown’s culture and history.

Dynasty Center is located at 800 N. Broadway in Los Angeles.