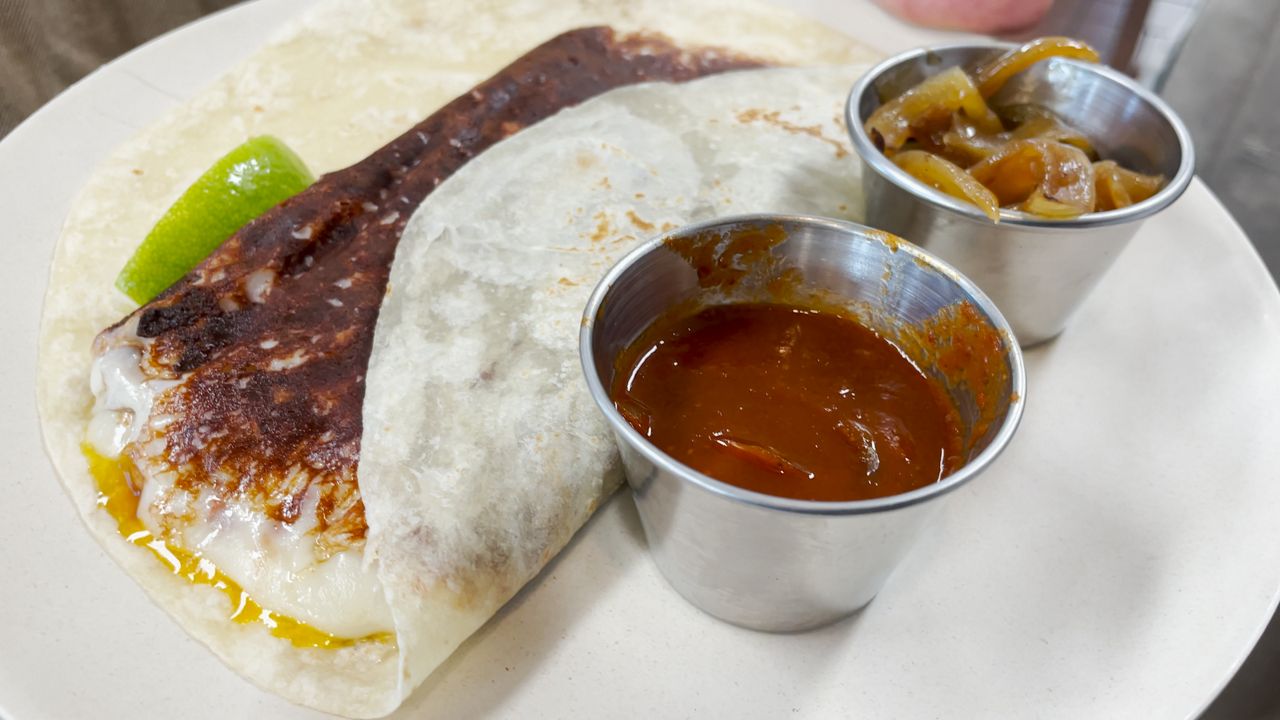 LOS ANGELES — Tacos Don Manolito is already a taqueria superstar in Mexico, and the chain has now opened its first U.S. location in Los Angeles.

Mention the name to anyone from Mexico or Mexico City, and you’ll see that familiar glimmer of recognition. Everyone in Mexico knows, and loves, Tacos Don Manolito — but how can a newcomer compete in one of the most taco saturated cities in the country?


Eduardo Palacio, heir to the Don Manolito legacy, has only been in LA for a little over six months but already feels like the city is home. More importantly, he is here with a singular goal: Get Tacos Don Manolito as popular in LA as it is in Mexico City.

"Actually, it started with my granddad," he said. "He’s Manolito. His name is Manuel, and it all started when I was 10 or 12 years old."

While Don Manolito is indeed a chain, it’s more a small family business, being kept and worked within the Palacio family and using family recipes.

“My granddad used to make big pots of the campechano mix” — the dish that Don Manolito is perhaps most well known for — “It’s a really famous dish in Mexico City which contains chorizo, Mexican beef, and crunchy chicharron.”

The family started making this campechano mix for themselves for special occasions and then expanded into the first location in Mexico City. Campechano in itself is not a unique dish — it’s quite popular throughout Mexico City. But the uniqueness comes from the secret red sauce that Palacio’s grandfather created and mixed into the campechano, and the prime cuts of meat he used.

As their popularity grew, they expanded throughout the city and then the country. And now, with other locations in Spain and Honduras, Palacio is hoping their new Hollywood location will take off.

Bill Esparza, a local food expert and James Beard award-winning cookbook author, thinks Tacos Don Manolito has a real chance at making it big in LA, saying it all comes down to regionality.

"Los Angeles has never had tacos a la plancha, because a lot of people don’t really know about it," he said. "When people think of Mexico city they think of al pastor, tacos de canasta, suadero…but never this kind of Mexico City taco. The winning taco that everyone loves in Mexico City is the campechano."

Esparza explained that even though we already have so many taquerias in the city, they’re all quick and fast street food tacos from different regions of Mexico — Tijuana, Oaxaca, Sonora and so on. And yes, we do already have some CDMX tacos represented in LA, but the street food kind — not quite these more formal sit-down tacos made with the most prime cuts of meats.


The most popular dish on the menu is perhaps the campechano, served in a deliciously crunchy layer of melted cheese, then wrapped in a soft tortilla with an assortment of their most famous sauces for dipping.

In fact, ask someone from CDMX what’s so special about Tacos Don Manolito, and they’ll tell you that even in CDMX, these tacos, with their family campechano mix, are unique.

Palacio says he wants his new customers in LA to understand that while quick and fast street tacos are amazing, there are more to traditional tacos than the hallmarks of street foods.

And after dominating the market in Mexico, to Palacio, LA is the ultimate litmus test — survive here as a taqueria, and you can make it just about anywhere.