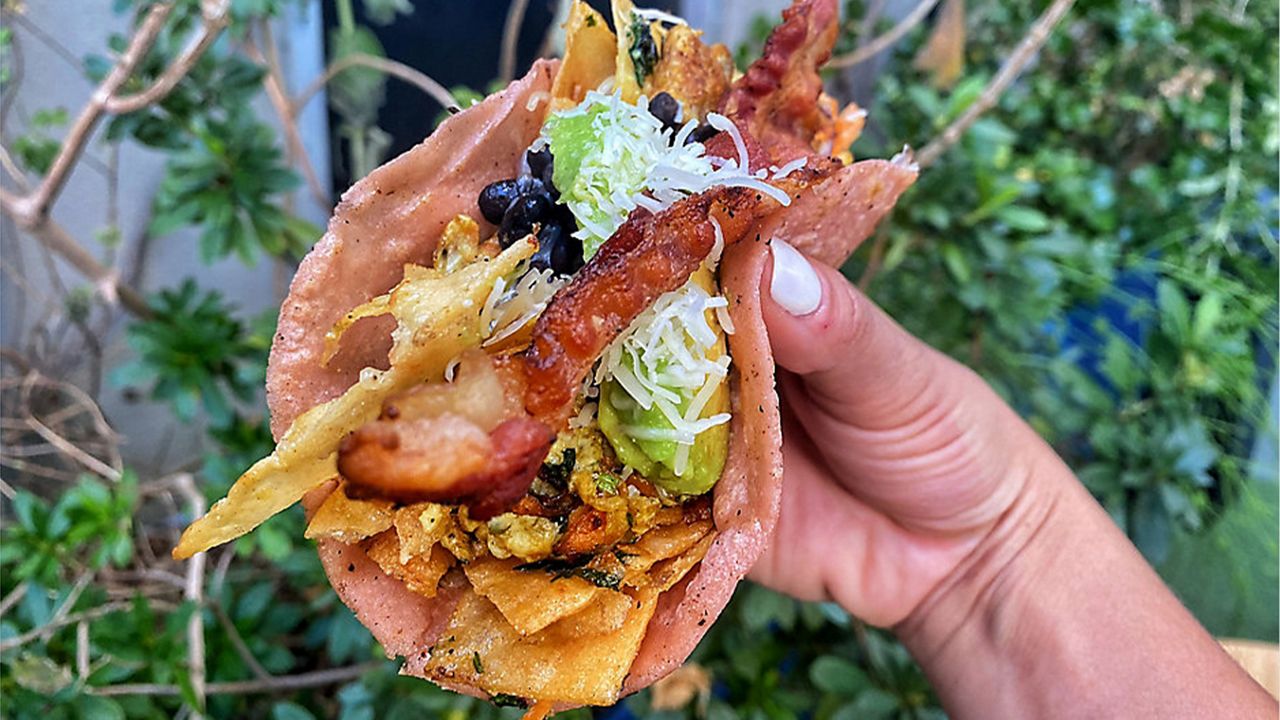 LOS ANGELES — An iconic Austin, Texas breakfast taco is in Los Angeles for a limited time. The Hot Tacos food truck, launched by the sisters behind Austin's Veracruz All Natural, had its official grand opening on Oct. 16, selling "migas" tacos along with their other staples.

Reyna Vazquez, owner of Hot Tacos, never thought she would be serving her mother’s recipes next to her sister and co-owner Maritza Vazquez in LA.

“Our mom taught us how to cook, make everything we know now,” said Reyna.

It all began in Veracruz, Mexico where the sisters grew up in their mother’s small home kitchen.

But their move to Austin in the late 90s was a fresh start in pursuing their American dream.

It is safe to say they did succeed. The sisters opened Veracruz All Natural 13 years ago, eventually expanding to six locations while often topping various "Best Breakfast Taco" lists in Austin. Now, you can find them in LA with Hot Tacos.

“All the work for many years paid off,” said Reyna.

The sisters' hot pink LA food truck features different branding from its Texas counterpart, which was a fun idea the sisters came up with.

“The tacos are good. It’s a business run by women. Also the colors we use and the salsas are spicy. I think all of that,” said Reyna, regarding the new name and image.

But the heart and soul of Veracruz is still deep within each taco the sisters produce. Vazquez says this move was a big deal for her family and team, as a way to celebrate their culture and cuisine in a new space.

“We are Mexican, and we feel like LA has a lot of Mexican culture. We wanted to be part of it,” said Reyna.

They only plan on being part of it for about six months, and then they’ll reevaluate, possibly opening a brick and mortar in LA. If it is any indication on creating a permanent home here, the truck was slammed when Spectrum News 1 visited, even before the grand opening.

If you are wondering what draws the crowds, both here and in Austin, it's the migas breakfast tacos. When they first opened over a decade ago, breakfast tacos weren’t synonymous with Austin yet, but they were something Reyna and Maritza always ate growing up in Veracruz.

“Migas means leftovers. In Mexico, whatever you have left from dinner the day before, that’s what you use to make the migas taco in the morning,” said Reyna.

But these tacos are far from just leftovers. The sisters keep the full recipe under lock and key, but just know they are made with homemade tortilla chips, fresh vegetables and egg with all the toppings, including bacon.

The sisters say they have “fresh ingredients — organic and all natural.”

For the LA audience, they changed their menu a bit to offer vegetarian and vegan-friendly options like the cauliflower pastor taco. But they say it also tastes good for people who don't eat meat.

If you want to check out this Austin staple in LA, stop by the Hot Tacos truck before it’s too late. The truck can be found parked at the Line Hotel in Koreatown at 3515 Wilshire Blvd.