LOS ANGELES — Before the COVID-19 pandemic, pizza was a popular specialty item at Lodge Bread, a sourdough bread bakery and café.

But during the pandemic, pizza became one of the hottest items on Lodge Bread's menu at its locations in Los Angeles and Woodland Hills.

"A lot of pizza places were succeeding because it's such an easy take-out item," said Or Amsalam, owner and operator of Lodge Bread. "During the pandemic, people didn't want to eat restaurant food and were eating on a budget, so fast-casual take-out spots serving pizza were thriving."

Amsalam and a partner are opening a new pizza spot in Beverly Hills.

As America's most popular comfort food, pizza saw its popularity — and sales — explode during the pandemic, especially in California. For most of the year, indoor dining in the state was prohibited or limited, and take-out was the only available option.

The pandemic has revealed many things about the restaurant and food and beverage industry, as well as what consumers want. Pizza was one of those things. 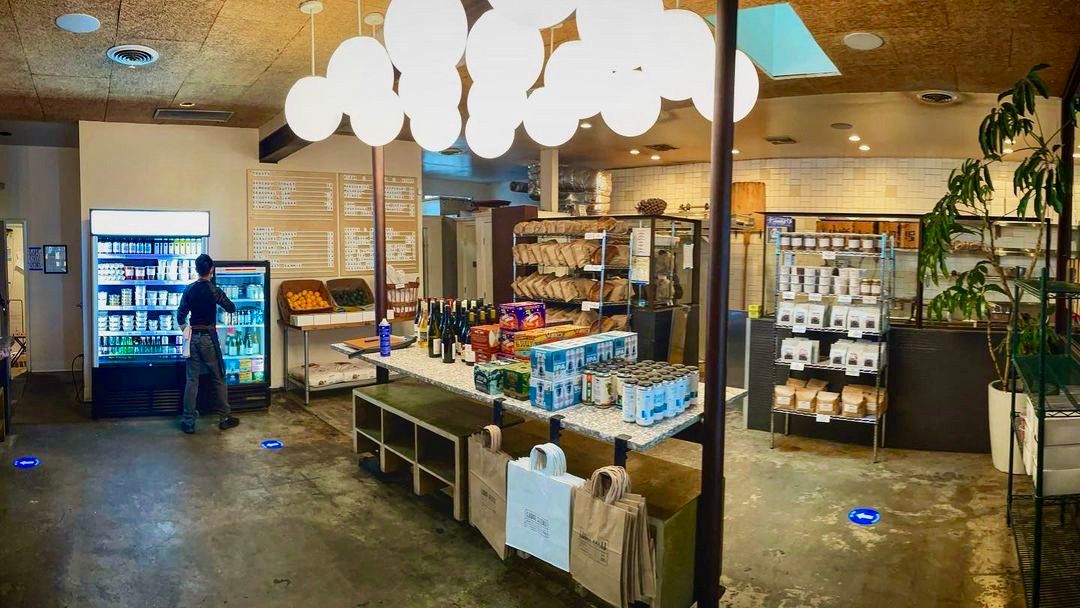 "One of the big reasons that pizza was able to be successful throughout [the pandemic], when the restaurant industry at large was obviously hurt significantly, is that their business model was already based so much on take-out and delivery," said Megan Wintersteen, vice president of marketing at Zenreach. "The business model is already built for success in a world where dine-in isn't available."

For most of 2020 and the first half of 2021, government shutdown orders, business restrictions and stay-at-home mandates negatively impacted the restaurant industry. As a whole, it suffered the most during the pandemic, reporting nearly $200 billion in losses and more than 69,000 restaurants closing nationwide.

However, the $46 billion global pizza industry only saw a marginal $10 million year-over-year loss in that category and saw 2,000 new pizza stores opening across the nation during the pandemic, the New York Times reported.

One only needs to see the stock prices of the publicly traded pizza companies and investors' bullishness. From July 2020 to July 2021, shares of Domino's have increased by nearly $97, trading at $477 as of Tuesday. Domino's reported total revenues of $984 million in its most recent earnings report, a 12.7% or $111 million increase from the first quarter of last year.

Other publicly traded pizza companies have also seen their share prices grow throughout the pandemic.

But with California reopened and more restaurants allowing dine-in and continuing both take-out and delivery, can pizza continue its momentum? Wintersteen says yes, noting that the increase in foot traffic is a good sign that the economy is back on track.

"As a consumer, foot traffic is reflecting the optimism about pulling out of this pandemic," she said.


For Lodge Bread, Amsalam is planning to open a brick-and-mortar pizza spot called Full Proof Pizza sometime in the fall in Beverly Hills. He explained that since opening Lodge Bread in 2015, they've always hosted a pizza night at the café and wanted to open an independent brick-and-mortar shop focused on pizza eventually.

When they received the opportunity to take over a pizza shop that closed in Beverly Hills, Amsalam and a partner seized it.

"This was a perfect opportunity to open a pizza shop," he said.

Full Proof Pizza will be a New York-style restaurant serving pizza, salads and maybe some sandwiches. The pizza is being offered in a limited capacity at Lodge Bread locations Wednesday to Sunday from 5 p.m. to 10 p.m.

"It's going to resemble like an old-school pizza shop," he said.

Amsalam admits there a lot of great pizza places in Los Angeles but believes his style of pizza will set them apart.

"My partner and I were chefs-turned-bakers," he said. "We make good food and like to think it's going to stand out."