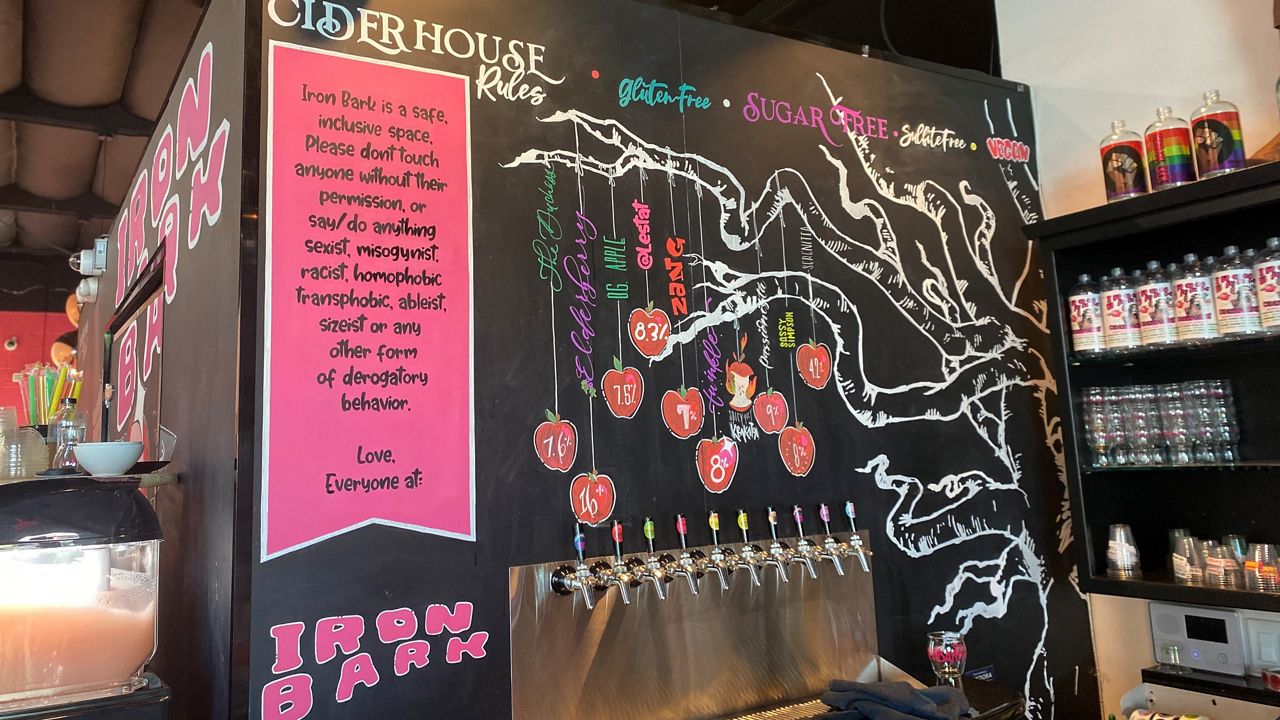 CLAREMONT, Calif. — The cider at Ironbark Ciderworks goes through a filtering stage to remove allergens and contains no added sugar.

It's a process that owner and CEO Cat Fleming said ensures they're living up to the first part of their mission.

"One is we want to make really clean cider. Cider that doesn't affect you in any way like allergically or anything," Fleming said.

Fleming is from Australia but grew up in Claremont, and she began making cider because she couldn't find alcohol she could drink.

She's allergic to sulfites and gluten and doesn't like consuming a lot of sugar.

But after discovering dry cider on a trip to England, she came back to the states inspired.

"I decided to make it on my own, so I taught myself how to make cider, and one thing led to another, and here we are," Fleming said.

So creating cider her way, she opened the cider house in 2017.

The business also has become a family affair, with Fleming's daughter, Becky, joining the ranks during the pandemic.

"They had really no help when COVID started, and they really needed to get production up," Fleming said.

While making clean, dry cider is one prong of the business; the other is making Ironbark a safe space for everyone, including the LGBTQ community.

Fleming calls themselves aggressively inclusive, protecting everyone's rights to be who they are.

"You will not be judged. You will not ever have anyone making a comment; just look at our cider house rules. If you come in here, you must obey the rules," Fleming said.

And you can't miss the rules listed at the bar, stating they're inclusive, no touching anyone without their permission, and not saying or doing anything considered derogatory behavior.

"I want to protect people's lives to actually be accepted part of this community," Fleming said.

So this was Fleming's vision, to create a safe, inclusive space for people to hang out and drink health-conscious cider, and her motivation makes her daughter proud.

"That's how my mom is when she wants something done, she gets it done," Becky Fleming said.

While Ironbark missed out on Pride last year, they are hosting events throughout June.

Every Sunday, those who identify get 20% off their entire bill. It's another way Fleming gives back to her greatest cause.

"I just want everyone to be accepted," Fleming said.