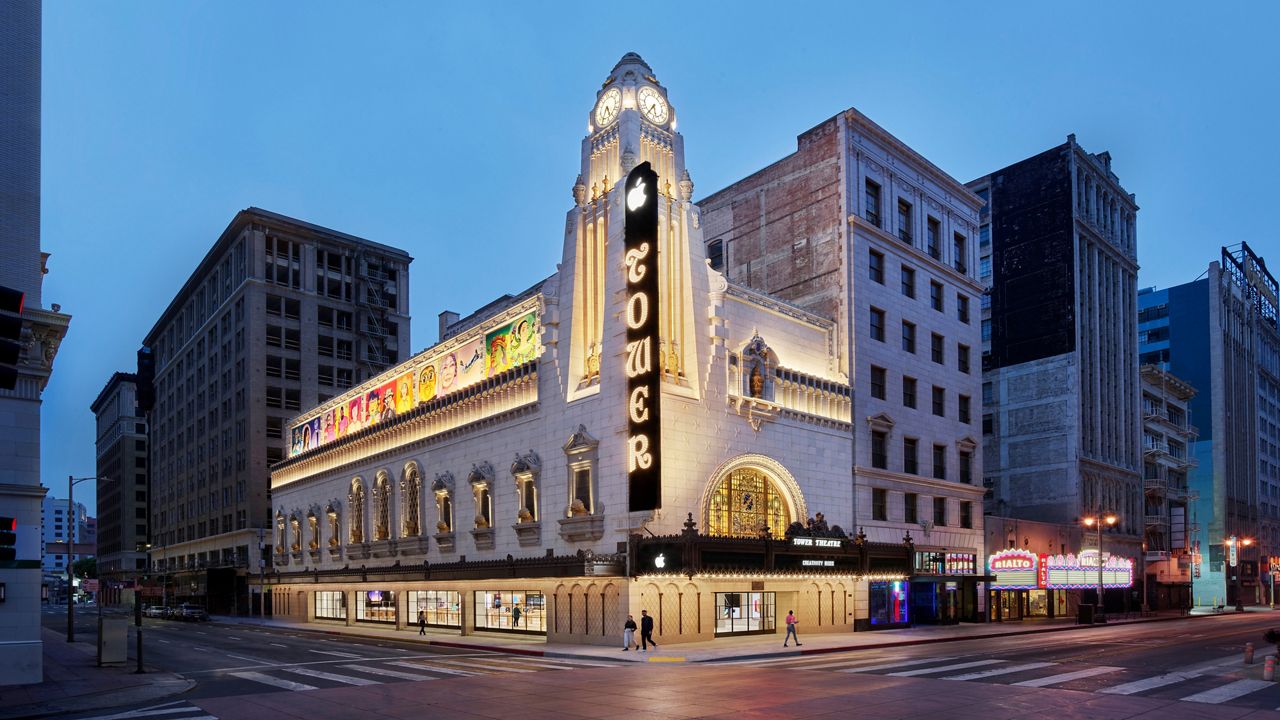 LOS ANGELES — Everything old is new again at the Tower Theatre in downtown Los Angeles. On Thursday, Apple opened a brand new retail location in a historic movie palace that once screened first-run movies from the likes of Bette Davis, Errol Flynn and Katharine Hepburn.

In addition to being a place for customers to buy everything from AirPods and iPads to iMacs, the Apple Tower Theatre is home to a new global initiative called Today at Apple Creative Studios, which aims to provide hands-on experience and mentorship to under-represented young creatives.

"At every corner, Los Angeles bursts with creativity across the arts, music and entertainment, and we are thrilled to build on our relationship with this special city," Apple Senior Vice President of Retail + People Deirdre O'Brien said in a statement. 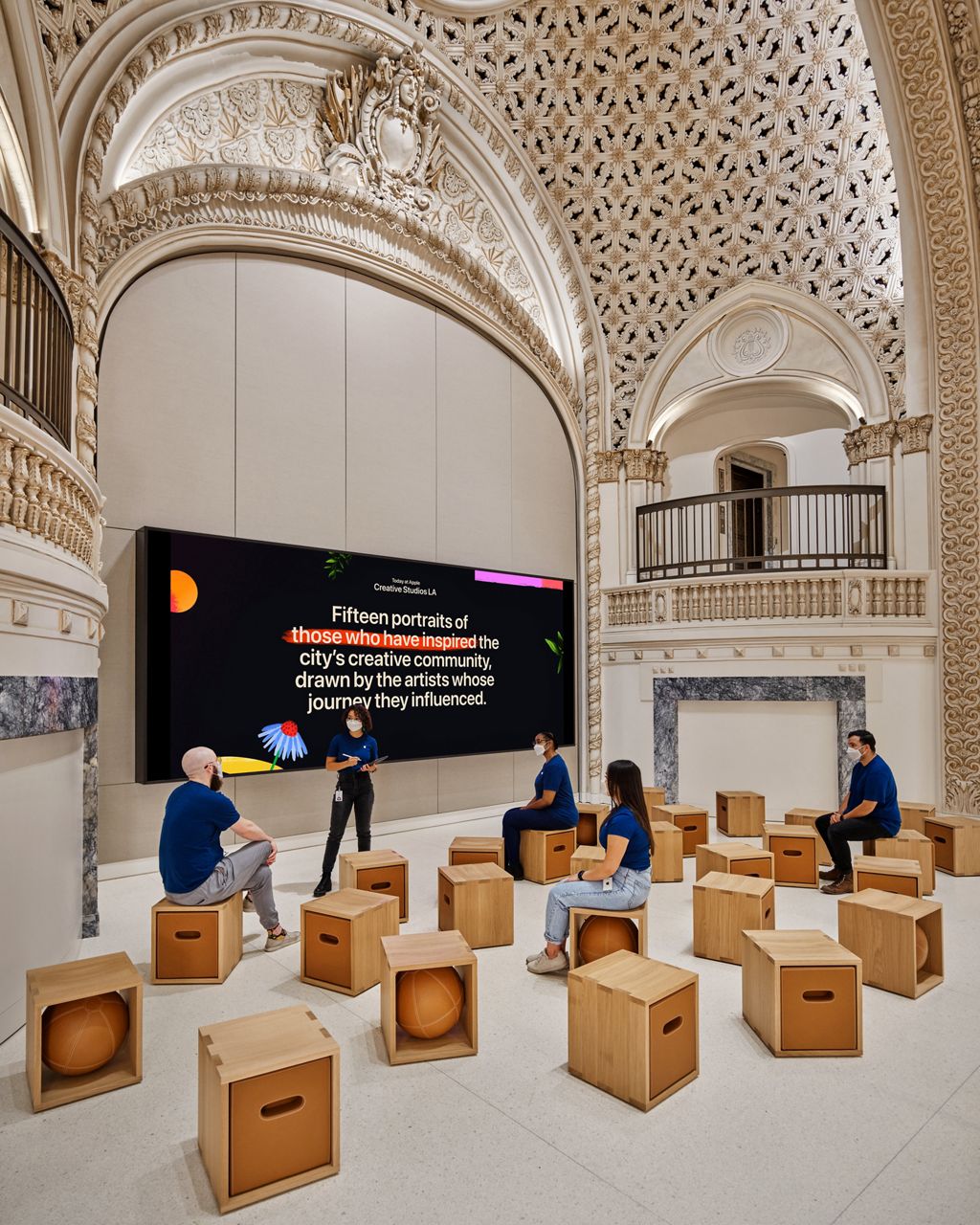 Located in the Broadway Theater District at the corner of Broadway and 8th Street, the Tower Theatre was originally built in 1927 and was the first in the city to be wired for film with sound. Vacant since 1988, the theater was restored with the help of preservationists and the city of LA to bring it back to its original grandeur, albeit with an Apple twist. The clock tower remains intact, and the marquee was recreated to incorporate the company's iconic logo. 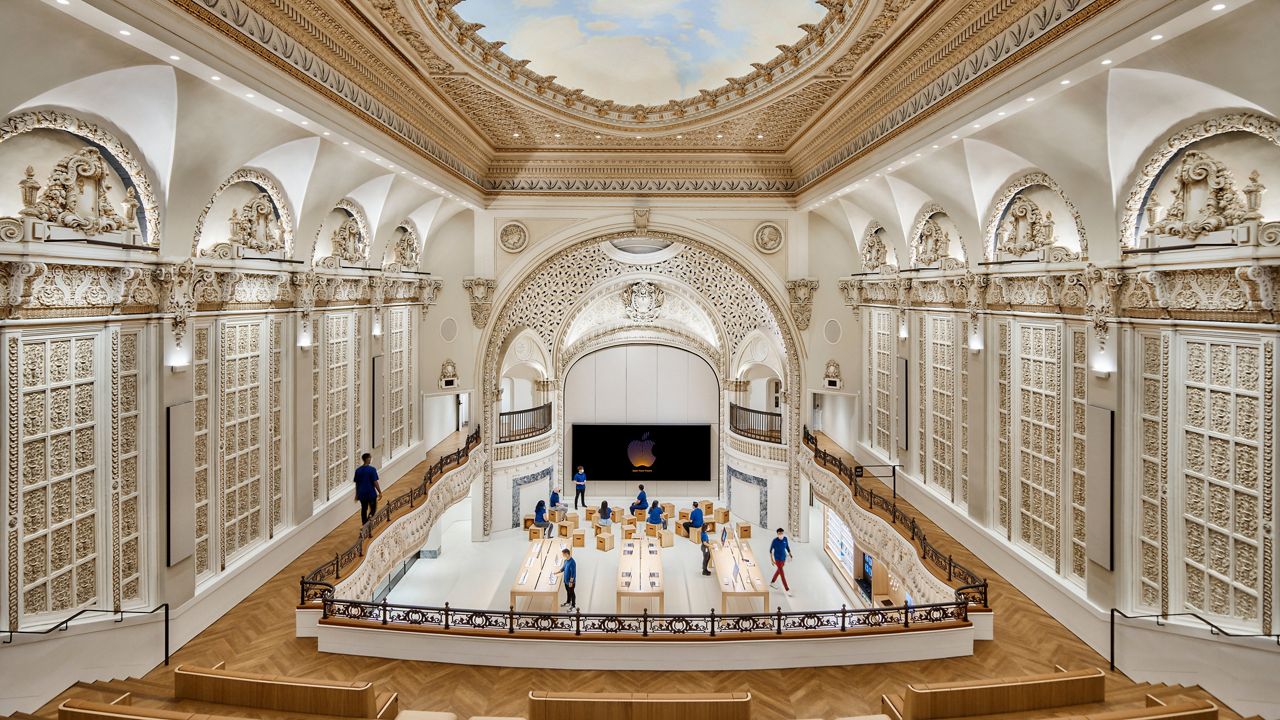 Visitors to the new store enter on Broadway, walking into a lobby inspired by a Parisian opera house, with an arched stairway, bronze handrails and marble columns. The place where audiences from a bygone era used to gather to watch films on the big screen is now a forum with a video wall that will be used as the site of free educational sessions on various Apple products. 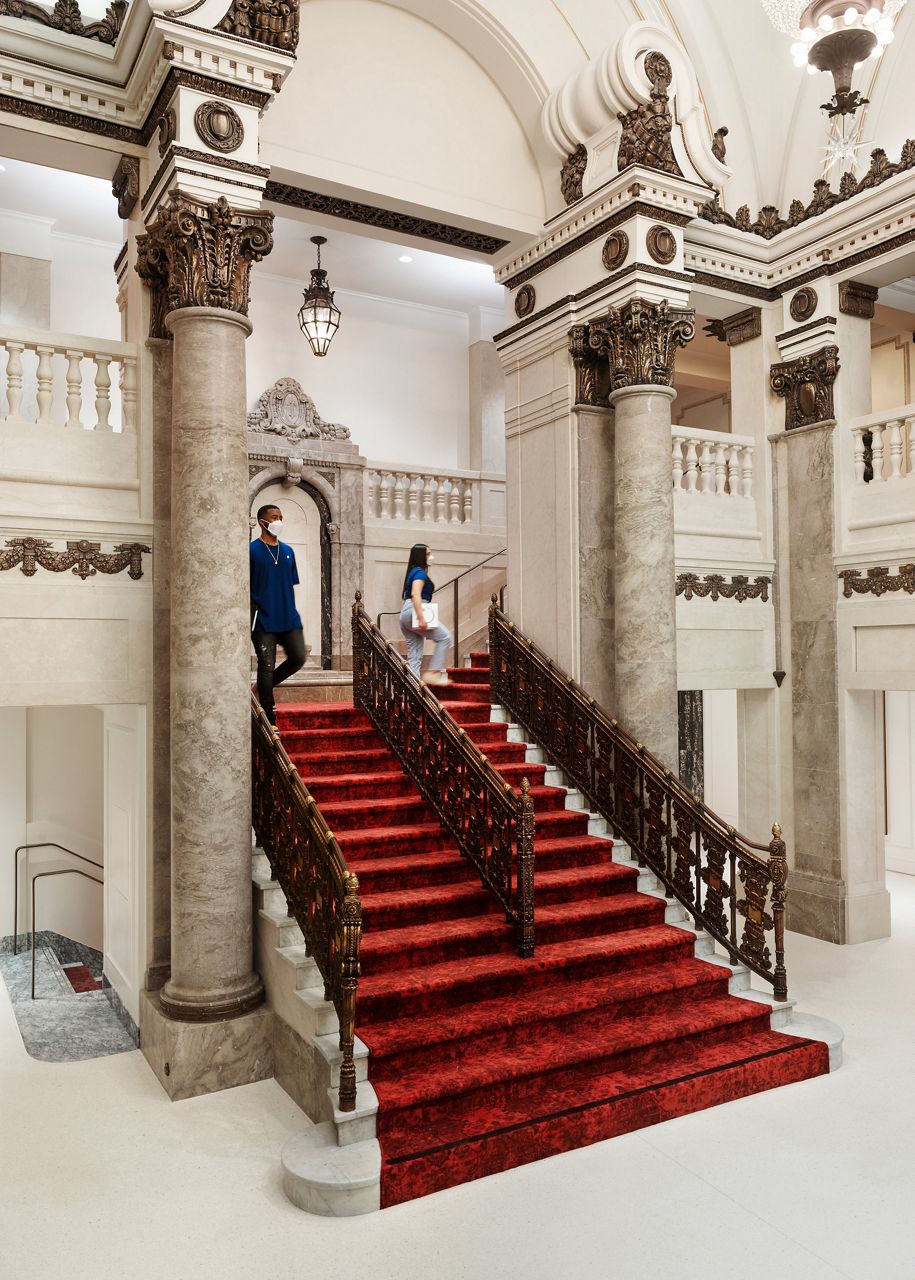 While the original balconies are intact, the seating has been modernized and remade into a Genius Bar. In addition to a red-carpeted stairway, there are two new elevators to whisk visitors to the second floor. 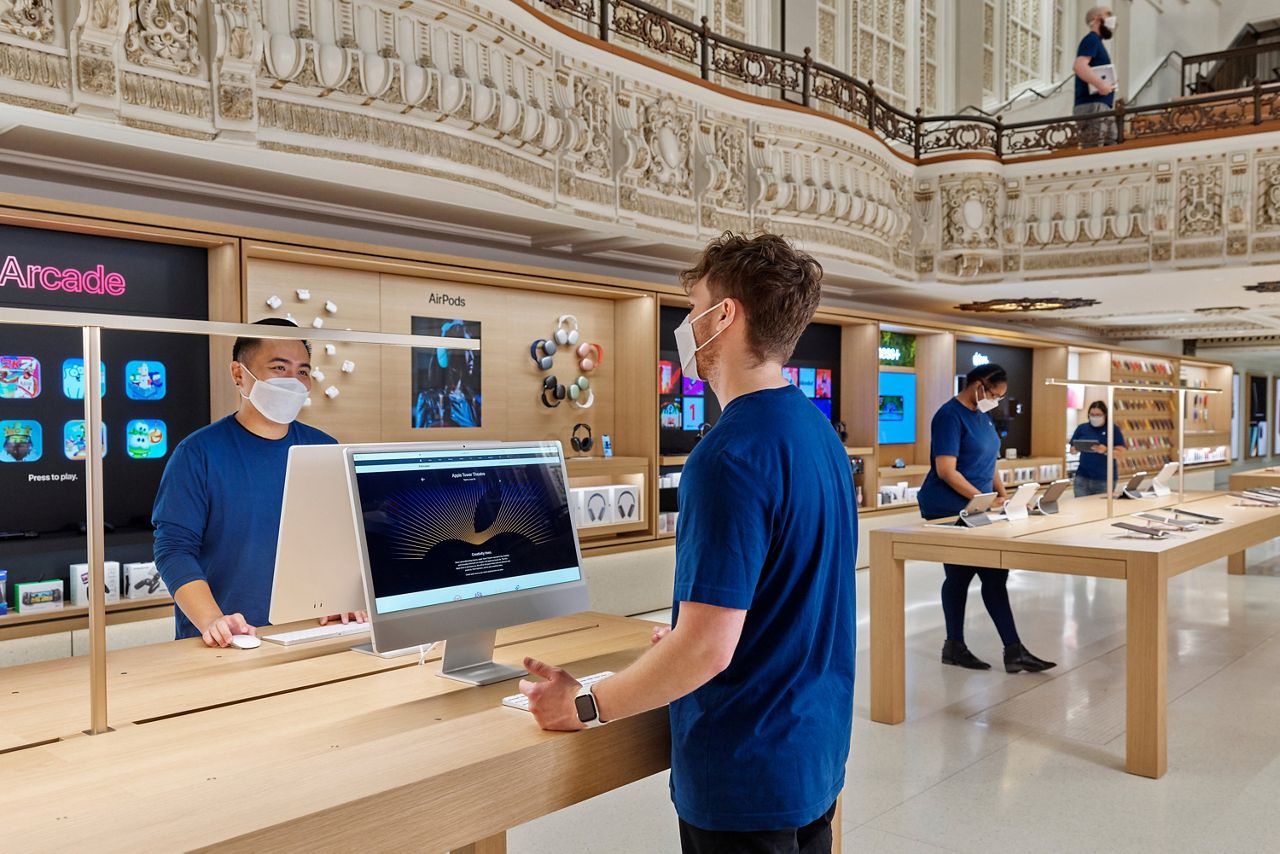 The theater also will house Today at Apple Creative Studios - LA. Created in collaboration with the groups Inner-City Arts, the Social Justice Learning Institute and the Music Forward Foundation, the Today initiative will provide technology to under-represented creatives and mentorship from the likes of filmmaker Bethany Mollenkof rapper D Smoke and cellist Kelsey Lu. 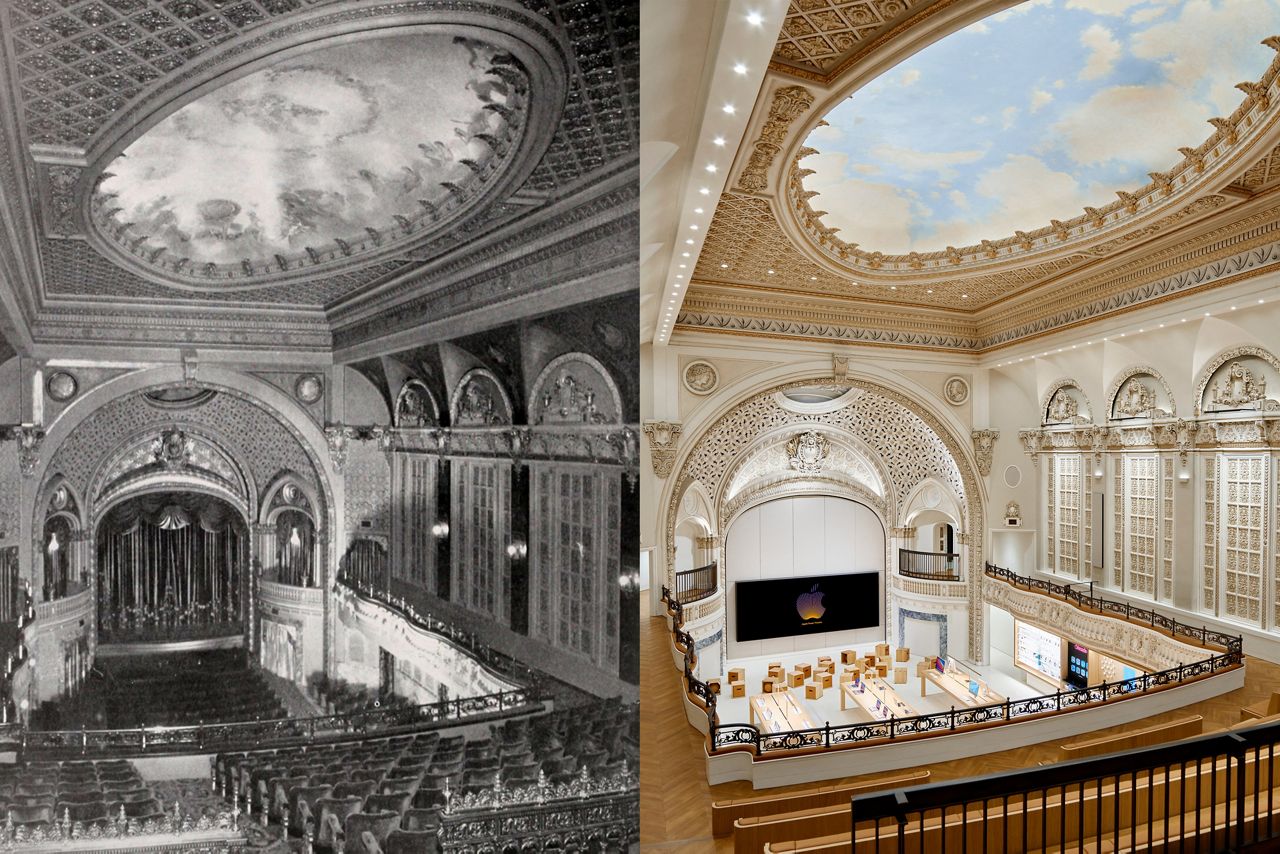 Apple's selection of the building seizes on downtown LA's recent resurgence, nodding to the theater's history of technological innovation with film and Apple's pioneering approach to making the tools that allow everyday people to become creatives, whether it's making movies with their phones or composing music on their laptops.

Apple Tower Theatre is the technology behemoth's 26th location in the LA area and is one of its largest with 100 employees.