IRVINE, Calif. — By the end of this year, SpeedZone will have 10 new attractions, including a brand new roller coaster, a rock wall, and a Ferris Wheel.

Boomers in Irvine added an upgrade called Boomer's Backyard, where visitors can eat and drink next to an outdoor fireplace, under Edison string lights, and watch sporting events on big-screen televisions.

And the bathrooms. SpeedZone and Boomers have or are in the process of getting upgraded and newly remodeled bathrooms.

"To me, that's the No. 1 thing," said Tim Murphy, the chief executive officer at Boomer's Park. No pun intended.

"Whether you're at a restaurant or an FEC (family entertainment center), usually moms are the ones that check those things out, and if it's not in good condition, then they think the rest of your place is dirty," Murphy told Spectrum News.

Under a different ownership group and taking advantage of the closures caused by the pandemic, new owner APX has been busy upgrading and remodeling the newly acquired Southern California amusement parks as part of a large capital renovation plan.

Theme parks and their usually smaller family entertainment centers struggled amid the pandemic. The state closed theme parks and indoor amusement parks as part of an effort to slow the coronavirus spread.

According to the Orlando-based International Association of Amusement Parks and Attractions, in the most available report in 2018, more than 280,000 annually visit FECs. Families with young children are usually the target demographic.

Amid increased competition, the pandemic fueled Apex financial troubles, which they've had for years, the Wall Street Journal reported. According to the Wall Street Journal, APX acquired 10 of Apex's family entertainment centers, including Boomers in Irvine, SpeedZone in Los Angeles, and other parks in Florida and New Jersey, for $45 million. A different company owns a Boomers in Fountain Valley and Upland.

Murphy, who has more than three decades of experience in entertainment and hospitality, was brought in to improve the local centers.

"The previous company didn't take care of these parks," Murphy said. "We're having to go back and really maintain and upgrade the safety. Some of it was normal wear and tear, but we had to take care of it. There was broken concrete. We're fixing things and making sure there's no chipped paint. We're in the process of doing all these things and making sure everything works." 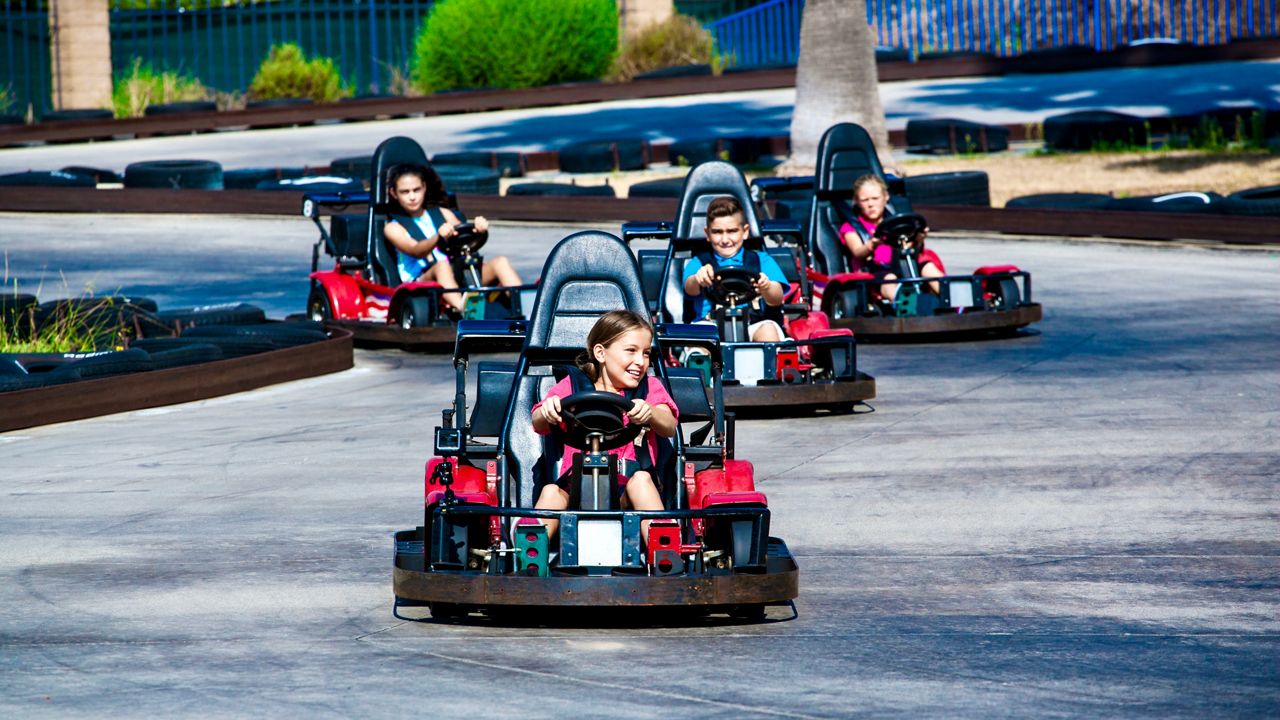 What would Disney do?

One thing Murphy always asks his team is, "What would Disney do?"

Murphy doesn't just want to make the SpeedZone, Boomers Irvine, and the other family entertainment centers in APX's portfolio look pretty. He wants to overhaul the business and change the experience for customers.

Unlike the major theme parks that attract guests locally, statewide, and internationally, an FEC's customers are primarily locals, who live within a 15 to 20-mile radius.

Murphy said he wants to give customers a theme park-like service experience but on a smaller scale.

"All of those things the smaller FECs will never do, we're starting to implement: great workforce training, customer service training, excellent experience," Murphy said. "It's those little things that you do. Now, we have to fix those parks to get them to that point but once you get there, you want to capture the customers and hold them."

The goal, Murphy said, is to create a place where customers, especially locals, feel comfortable. They want SpeedZone and Boomers Irvine as the locals' backyard parks.

Drawing from his restaurant experience, he plans to revamp the menu and offer customers pairing suggestions of a particular food and pair it with wine or other alcoholic drinks. The Boomers in Irvine expects to receive a full liquor license within the next couple of weeks. SpeedZone already has one.

"We've always had beer and wine, and those have done well," he said. "But these are other things that people want when they hang out."

Other features in the pipeline coming to SpeedZone and Boomers Irvine are a membership and loyalty program. They also want to cater to corporations as well as the sizeable Latinx community in Southern California.

This month, Murphy said, another change coming to SpeedZone and Boomers is the amusement parks' dominant colors—no more yellow and orange. The company will bring in new red, white, and blue signage and colors.

"We want to be known as America's FECs," Murphy said.

Starting in June, the company will add more attractions to SpeedZone, including a rock wall, laser tag, and a Ferris Wheel that will overlook the San Gabriel Mountains. Upgrades are also in Boomers Irvine's plans starting in the third or fourth quarter of this year.

Murphy declined to disclose the cost of APX's capital improvement program to upgrade the centers, but it's considerable given that it's portfolio-wide.

But they expect the upgrades to pay off in the long-run.

"We want to bring customers in to have a great time and make sure they come back," he said. "We want to give them a theme park-like experience, but it's not $100 a day."