Television City to Get $1.25 Billion Makeover

LOS ANGELES — Television City is getting a billion-dollar makeover.

"Television City is one of the great Hollywood studio lots," said Michael Hackman, founder and CEO of Hackman Capital, in a statement. "We are committed to ensuring it remains a robust job creator and world-class studio for decades to come. Los Angeles lacks the modern sound stages and production facilities to meet market demand, putting our region at risk of seeing the entertainment industry leave the state if we fail to invest in its future."

Hackman Capital's announcement comes as demand for production facilities in Los Angeles outweighs the current supply despite the coronavirus pandemic. While the pandemic shut down some productions early on, it also accelerated consumer demand for online streaming and television content.

"The demand for content and the pressure to keep producing content have increased exponentially since the advent of streaming," said Andrew Schmerzler, a partner at Venable LLP, in a blog post. "This, of course, means that content providers need production space to film that content."

While some production companies have opted to film around the nation or the world, "a large percentage of the content has traditionally been and will continue to be filmed in Los Angeles."

Built in 1952, Television City in the Fairfax District of Los Angeles has been home to some of the most iconic television series. The Carol Burnett Show, All in the Family, and Three's Company were filmed there.

CBS sold the site to a subsidiary of Hackman Capital in 2018 for $750 million. As part of the deal, CBS will remain a tenant for the next few years before moving to another CBS headquarters in Studio City. Currently, The Price is Right, The Young and the Restless, The Bold and the Beautiful, Dancing with the Stars, and The Late Late Show With James Corden are recorded there. 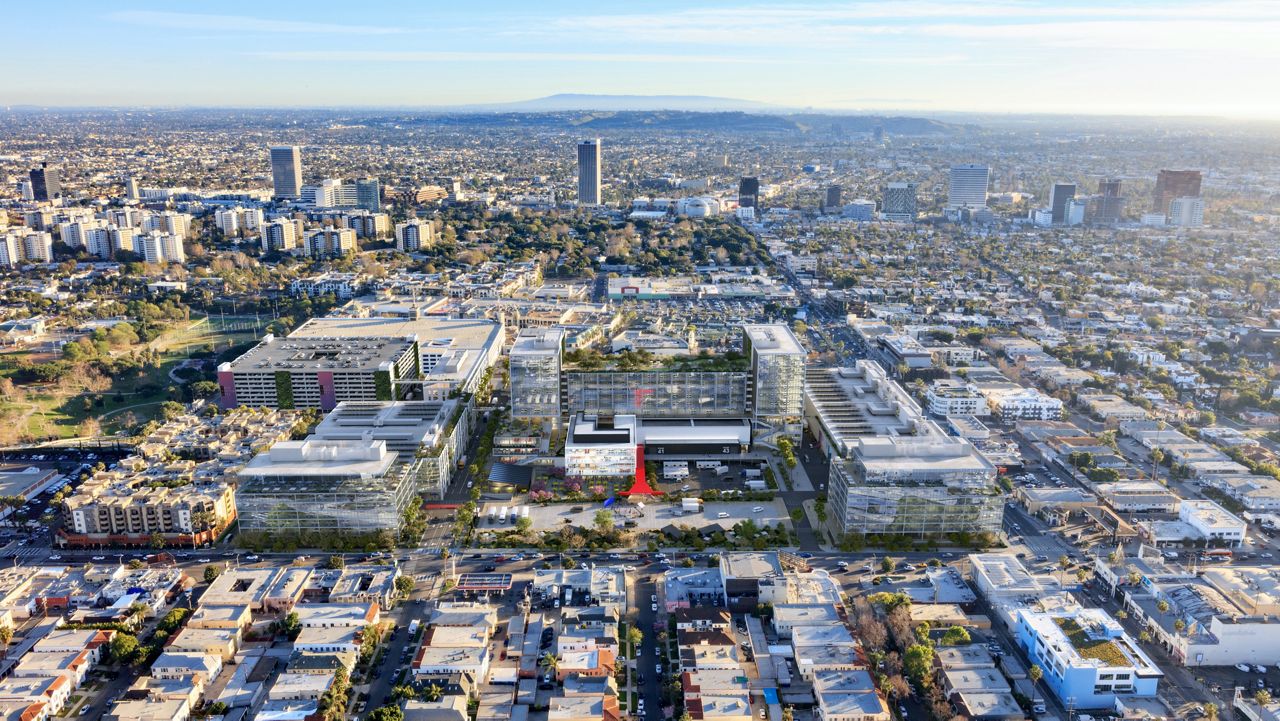 Hackman Capital is one of the largest studio space owners in the world. Earlier this year, Hackman acquired the Sony Pictures Animation Campus in Culver City.

The company also owns The Culver Studios, the MBS Media Campus in Manhattan Beach, and Silvercup Studios in New York.

As part of their plan to modernize Television City, Hackman says they plan to build new production facilities, sound stages, and studio offices. The company said it would preserve and invest in existing facilities, create a transportation management system and enhance the streetscape and landscape.

"To remain globally competitive, Los Angeles needs more state-of-the-art sound stages and production space," said Bill Allen, chief executive officer at the LAEDC, in a statement. "Now is the time for a fully realized Television City, as the entertainment industry and the city continue to recover from the COVID-19 pandemic. TVC 2050 will bolster our local economy, generate thousands of good jobs, and create new opportunities for countless Angelenos."