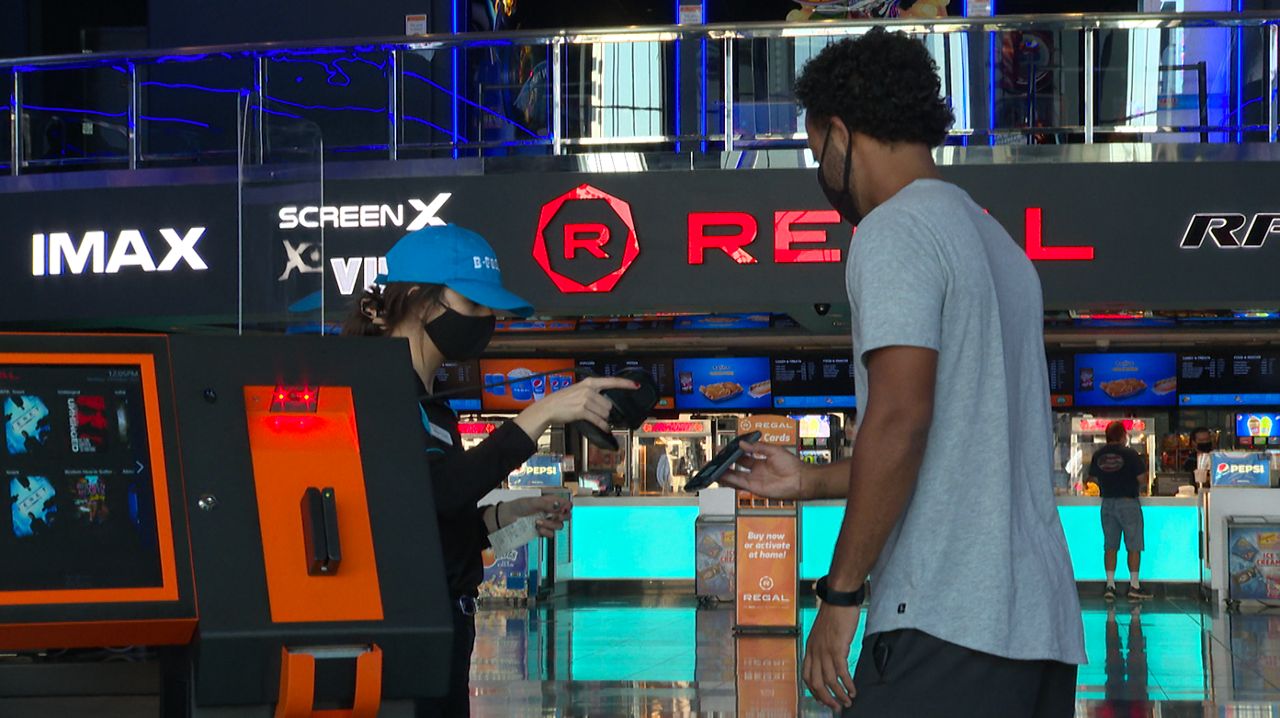 Regal, the second largest theater chain in the country, has decided to suspend all operations across the U.S.

Regal Cinemas to Shut Their Doors Indefinitely Amid Pandemic Uncertainty

IRVINE, Calif. — Like a grocery store with no food on the shelves. That is how some are describing the current state of the movie industry as the second largest theater chain in the country, Regal, plans to shut its doors indefinitely on Thursday despite attempts to weather the pandemic with limited capacity screenings.


The big event movies that bring in audiences, like the new James Bond film, No Time to Die, have largely been pushed back to 2021, or moved to streaming, as was the case with Disney’s Mulan.

Nolan has long been a champion of theatrical presentation, especially for large formats like IMAX and 70mm.

Moviegoer William Tucker is a big Christopher Nolan fan and decided to catch an early matinee of Tenet while he still could.

“I do not go to see a lot of movies, but the movies I do go to, I am really excited to see. When Christopher Nolan releases a movie it's an event,” said Tucker at a nearly empty Regal theater in Irvine.

Warner Bros. was hoping Tenet might lure COVID-timid audiences back to the big screen, but it has not panned out.

“I figured it's Monday, I took the day off of work, caught the first show hoping that there's not many people in the theater,” said Tucker.

He was right; there were not many people at the theater at all. Tucker has not been to a theater since the pandemic started.

“I was hoping they’d delay [Tenet] until things opened up again,” he said. “But now that they are open, I figured I gotta go see it. I can understand why the theater is closing until they can get those big budget movies back again.”

While Tenet has grossed over $300 million, about 80 percent of that business has been from overseas markets where theaters have had better luck in maintaining screenings.

“I respect Warner Bros., because they could have gone straight to streaming. Instead, they wanted to show support for movie theaters by putting a really big, expensive movie out at a time when they didn't know how big opening weekend would be,” said Senior box office analyst for Comscore, Paul Dergarabedian.

Theater chains make most of their profits from concession stand sales and without the big movies to draw in crowds, staying open was not sustainable.

There are movements from theater owners asking for government bailouts to save them from collapse.

“I don't think the big screen movie theater experience is going away permanently. We do not know what the future holds, but I think, actually, when things like this happen, sometimes out of that comes great innovation,” Dergarabedian said.

“You can't replicate this at home,” said Tucker of the movie theaters. “Even if you have a nice TV, a nice sound system, it’s not the same vibe as the big screen. It’s an experience!”

An experience that, once again, will have to remain on hold.