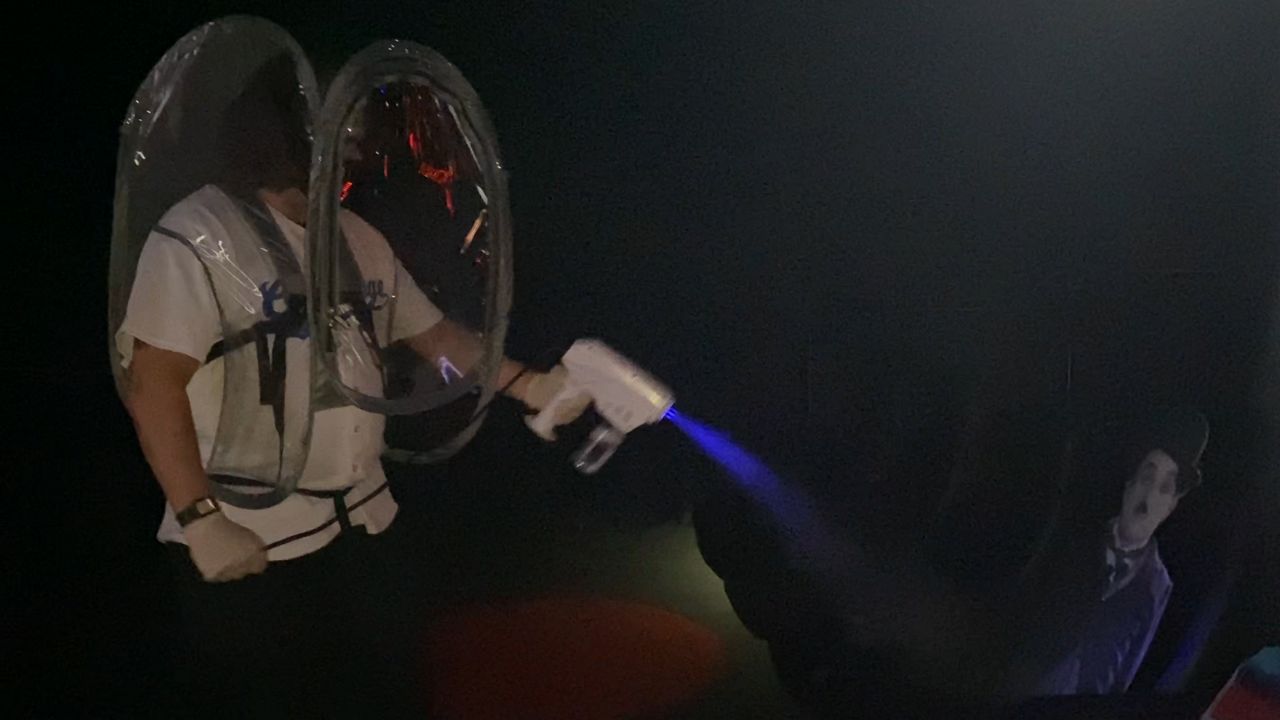 Industry experts said 69% of small and mid-sized movie theater companies will be forced to file for bankruptcy or close permanently.

HOLLYWOOD, Calif. — Movie theaters are making a plea to legislators for additional funding to stay afloat.

Industry experts indicated that at the current rate, 69 percent of small and mid-sized movie theater companies will be forced to close permanently or file for bankruptcy.


At the Arena Cinelounge in Hollywood, moviegoers will not be able to enter the building without an employee in a shield pod ensuring guests are sanitized.

Christian Meoli said it is a safety measure he has implemented at his movie theater.

“We need the trust of the audience to know that when you come here, you’re going to be safe," Meoli said.

He has spent $6,000 upgrading his theater, including HVACS with UV lighting, air purifiers, and even cardboard cutout friends to spread every guest six feet apart.

Meoli’s ready to re-open, and said it is unfair that the county is still keeping theaters closed.

“It’s literally minute-by-minute right now," he said. "We needed to be open weeks ago, weeks ago. It is a microcosm because I am losing thousands of dollars of income per week, and I don’t know how much longer I can survive.”

The National Association of Theatre Owners stated the pandemic has been a devastating financial blow to cinemas. Ninety-three percent of movie theater companies suffered losses of 75 percent or more in the last few months. Meoli said his business has seen a 93 percent drop in revenue, which is concerning because Los Angeles is the driving force behind the industry as a whole.

“L.A. is vital. It is the entertainment capital of the world," Meoli said. "When theaters are still closed here, it has consequences across the country.”

There is nothing quite like it, the ambiance inside a huge, dark room with friends and strangers experiencing the same new world.

“I love going to the movies," Shaye said. "I mean, I think we’ve watered down content and experience so much by the small screen.”

Of course, it is hard for the actress to be impartial.

The new horror movie she stars in debuts on the big screens that are open Friday. Still, she said there is no comparison to how it feels watching a movie at home.

“It felt like nothing," she said. "Then I had to go to the bathroom, and then I wanted to get a drink. It is as if you break up everything, and you are by yourself. Like, you say the community; the communal experience of emotion in a large group is extremely powerful.”

A sentiment Meoli knows this best. It is why he opened Arena Cinelounge in the first place.

“It’s an aspect of mental health. Just being able to go out and sit in a theater," Meoli said. "We’re talking about a part of our lives. People say it is not essential. I’m saying it’s essential.”