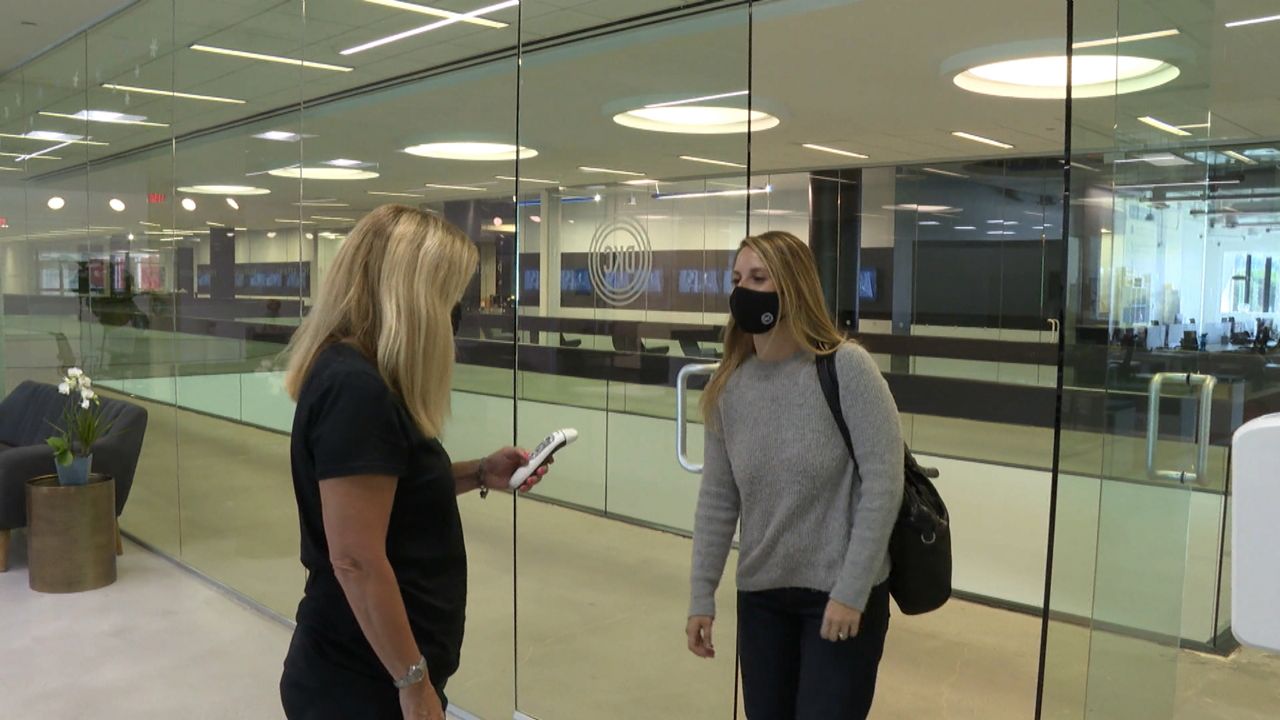 WEST HOLLYWOOD, Calif. — Some employees are coming back to the office in West Hollywood.

Wendy Zaas is the General Manager of the public relations firm DKC Los Angeles. She takes everyone’s temperature before they enter the office. It’s one way her role changed so employees could return.

“I am so excited that DKC is reopened,” said Zaas.

Zaas split her staff into two teams of six and the teams alternate days in the office. A few employees chose not to come in at all.

Zaas is the only one who comes in every day. She makes a point to personally check in with her staff.

“Never before have people had to spend so much time alone. There’s no balance between work and home. There are days that I hear my staff for a while they didn’t know how to get out or take a break so I’m helping them in different ways than I did before,” said Zaas.

It’s hard to set a formula for how to move forward. To understand how other companies were handling the transition Zaas asked her tenant advisory firm Newmark Knight Frank. Consultants Ryan Harding and Jennifer Frisk have hundreds of clients they help secure and optimize office space. Most of their clients expect to be back in the office full-time in 2021.

“The only real pitfall is doing nothing, that really is, and everything else varies from there. We have clients who are spending a lot of money on their post-COVID office environment and a lot of clients who are being quite resourceful,” said Harding.

“The reason I take this so seriously is because my team’s health and safety is my top priority,” said Zaas.

Back to the office doesn’t mean back to normal.