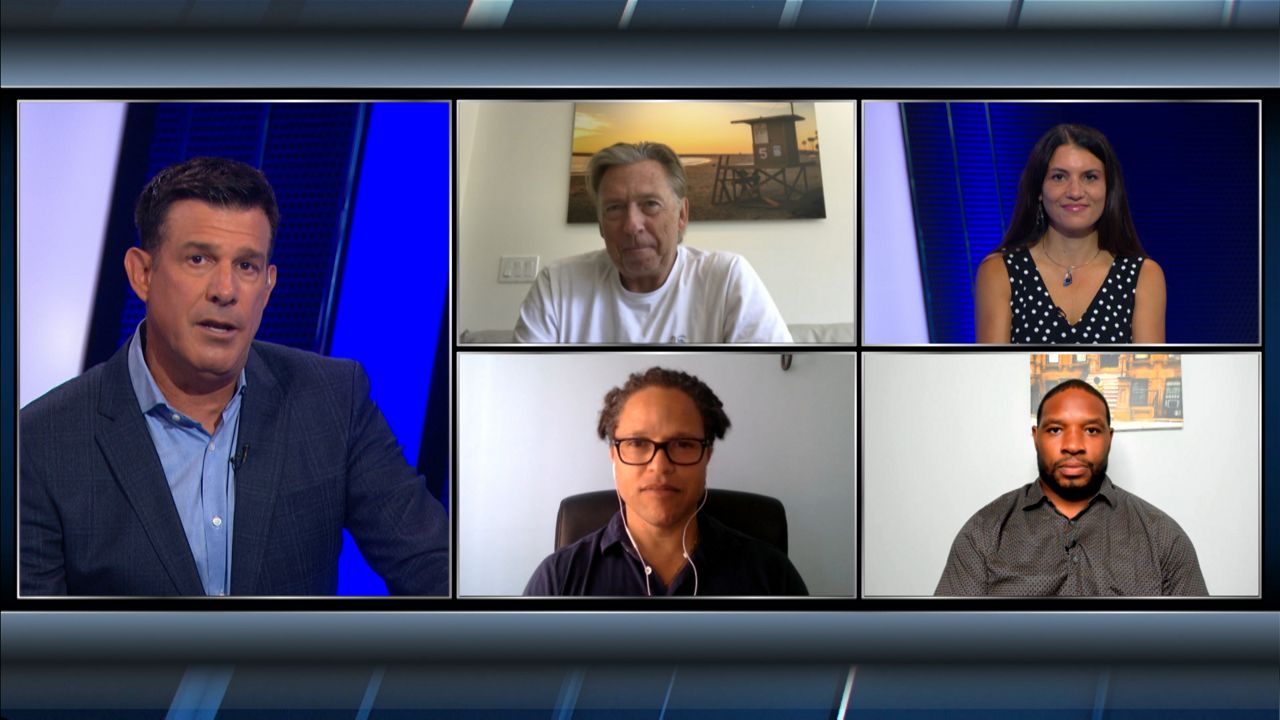 Chris McGee hosts a panel discussion with other sports broadcasters on how the COVID-19 pandemic has changed the way sports are covered.

EL SEGUNDO, Calif. — In association with the Los Angeles Sports Council, Spectrum SportsNet’s Chris McGee hosted an exclusive virtual discussion with a panel of sports broadcasters to weigh in on how the COVID-19 pandemic has changed the way sports are covered.

Over the course of their in-depth discussion, the casters covered a variety of topics, starting with how each of them was affected by the events of March 11, 2020 — the day Utah Jazz center Rudy Gobert tested positive for the coronavirus, setting into motion the suspension of all professional sports.

"That kind of put it into the forefront of everybody, right in everybody's face," Cobi Jones says, "that these athletes, that a lot of people look up to, you know, all of a sudden could test positive for this."

"It's a little different for us because we had the momentum about to go into the playoffs," says Bill Macdonald, commenting on how the Lakers had already secured the number one seed in the NBA by that time.

Although football was in the off-season, Maurice Jones-Drew comments on how plenty of the sport's operations were quickly affected, including free agencies and scouting. "It really slowed down football. You know, you were hearing rumors, maybe in the summertime obviously this virus will go away, but it didn't."

Chris McGee also asked the panel about their new day-to-day routines during the pandemic, as some professional sports have finally started up.

"We are broadcasting from an empty Dodger stadium, and I can't tell you how bizarre that is," says Alanna Rizzo, since she hasn't been traveling with the team for their away games.

Jones-Drew weighs in on how broadcasting remotely for the Alliance of American Football has been. "Working from home has been awesome, but then a little weird at the same time," he says.


How is the game different now, both on and off the field? "A big part of it is the fans," says Jones. "When you don't have that crowd, you can see that it affects the players, and it affects the overall ambiance of the game. It's on us as broadcasters, as entertainers, to make sure that we can kind of connect with all the fans that are watching and try to make it as exciting as possible.

Billy Mac explains how teams like the Lakers work hard all season for the number one seed in order to secure their home court advantage. Now that the NBA has moved to the Orlando bubble, that factor no longer matters. "The one thing you work for, you don't have, that home court," he says.

McGee also asked the casters how much tougher it is not being there at the game to do the job of a reporter.

"I miss that interaction with the players," says Rizzo, "just to be able to read their body language, or hear the tone in their voice in a natural setting." Conducting virtual interviews with the players before and after each game feels very impersonal.

McGee closed his insightful discussion by asking about the positive takeaways from this unprecedented year in sports.

"As Kobe would say, you become a lot more well rounded, and you have to do things differently," Rizzo says. "For every one job, there's a thousand people that will do it, and to have that taken away from you prematurely, it also makes me appreciate, how much I love what I do."