"Insulting" to "it's optional": Disney fans weigh in on new Genie service, retirement of FastPass

ANAHEIM, Calif. — Like many Disney fans, Alex Jahilian is torn about the announcement of the new Genie service.

While Jahilian, a 27-year-old from Santa Clarita, Calif., likes how the new service would organize and schedule specific entertainment and attractions for his visit to Disneyland, there is a cost associated with some of its features.

"I'm mixed on it," said Jahilian, who plans to buy a Magic Key annual pass to Disneyland once it comes out. "It does allow your visit to be more organized and helps plan your day, so it could go by easier and smoother. But I saw what Disney did at Disneyland Paris and knew this type of pay per ride service would be coming."

On Wednesday, Disney got rid of its free FastPass service that allowed first-come, first-serve visitors an opportunity to reserve a time for a popular ride instead of waiting in line.

The company also retired the $20 per ticket, per day MaxPass service, which allowed visitors to reserve a time for a ride from anywhere in the park using their mobile phone and unlimited photo downloads.

In their place, Disney is offering a more mobile-friendly and technologically-advanced way for visitors to navigate Disneyland Resort or Walt Disney World. But its upgraded features come at a price.

Disney unveiled the Disney Genie, a free digital mobile service that can personalize a visitor's trip to the Anaheim and Orlando theme parks.

BREAKING: Disney will launch Disney Genie this fall at Disney World and Disneyland. The new service will also include Genie+, which replaces FastPass+ and MaxPass. With Genie+ guests can purchase access to Lightning Lane entrances at select attractions. pic.twitter.com/KGaHsXyfkj

A visitor would first need to select their or their family's favorite attractions, rides, entertainment or restaurants from their mobile phone on the Disneyland app. Genie then analyzes the options and provides recommendations and the best times to experience them throughout the day.

The basic service is free, but there is a paid upgraded version.

For $20 per ticket, per day, at Disneyland ($15 per ticket, per day at Walt Disney World), the Disney Genie+ service would allow visitors to "choose the next available time to arrive" at an attraction using what Disney calls the Lightning Lane entrance.

Disney did not release the complete list of rides for the Disney Genie+. The Disneyland attractions they mentioned in the press release include the Haunted Mansion, Big Thunder Mountain Railroad and Millennium Falcon: Smugglers Run.

A visitor could only choose one attraction at a time. A Disney official said about 15 attractions at Disneyland would use the Lightning Lane feature.

Additionally, Disney is offering a premium a-la-carte Lightning Lane upsell for their most popular rides and attractions. 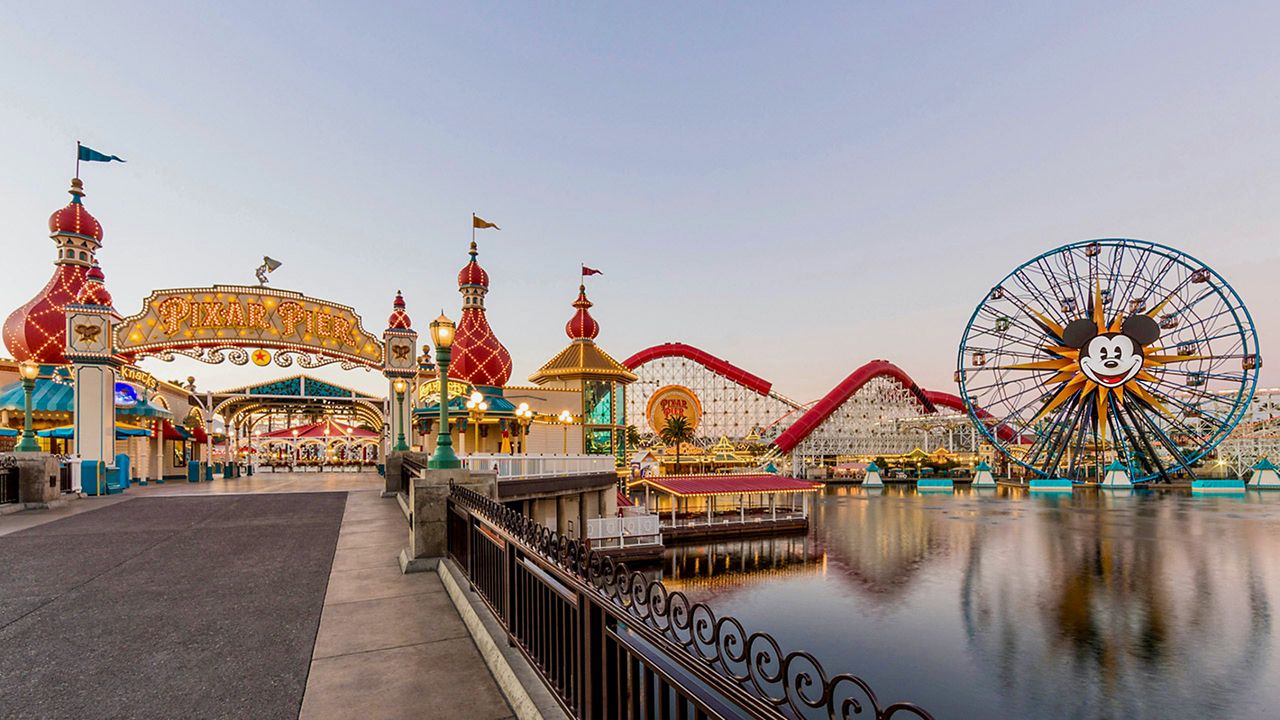 A visitor could book what they call individual Lightning Lane attractions for the most in-demand rides and attractions, such as the Radiator Springs Racers at Disney California Adventure and the Seven Dwarfs Mine Train at Walt Disney World for another upcharge.

Disney did not disclose the cost of booking the Individual Lightning Lane option, nor the rides available for it.

The standby line and virtual queues will continue to be available at the parks.

Reactions to Disney's new pay-per-ride offering at their U.S. theme parks on social media were swift.

Many fans became irate at Disney for replacing the FastPass system, a free perk, for an upcharge.

Some lamented that the cost of theme park ticket prices is already sky-high.

"Visiting Disneyland is already expensive," Morales told Spectrum News. Morales visited the park in May and paid $400 for two park-hopper tickets and meals.

"They are taking away something they had offered for free," Morales said. "Disney, a huge corporation with multiple revenue streams, is nickel and diming us. It's insulting."

Others felt the same way and vented on social media.

So you're introducing a paid fastpass as well as al-a-cart paid passes? That's ridiculous. You're removing perks every day and introducing more paid add-ons. You're ruining Walt's vision.

"We are very, very confident in this tool and its ability to improve the guest experience over all."

No. This is a way to sneak in a price increase for a service that used to be included in the price of a park ticket, worsening the experience for many of their guests.

Some were hopeful the new system could keep standby line times shorter.

Initial thoughts on Disney Genie:
I like that it's aiming to bring back more spontaneity to the Disney Park experience. And the MaxPass paid approach should also help Standby Waits remain lower than the crazy waits created by FastPass+ 3 selections. OF COURSE this is IF it works! pic.twitter.com/U1XOdwKjOd

Kim Stokens, a 55-year-old from Concord, Calif., said she was initially outraged, but the more she read about the Disney Genie+ service, the more she liked it.

It reminded her of the Disneyland MaxPass, which she used at times. The MaxPass allowed visitors to reserve a time for a ride on their phone instead of having to pull a ticket at a nearby ride's FastPass booth.

Stokens, a former annual pass holder, said there were times that she would pay for the $20 per ticket upcharge on days the park was busy and wanted to go on certain rides or have a lot of photos taken of her family.

There were also times she didn't pay for the MaxPass. There's no requirement to pay for the Disney Genie+ service, she said.

"Overall, it's a cool option," Stokens told Spectrum News. "It's not mandatory. It's optional. When you get to the park, all you have to do is check the (ride) times. If the times are low, then don't buy it."